The state government has committed to pay $7.3 million per year in fees to the manager of an accommodation village in South Hedland, irrespective of occupancy levels, after tipping in $53 million to support the original development. 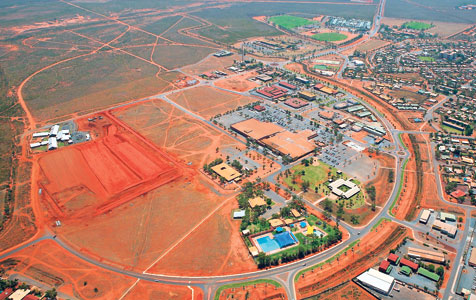 Osprey Village is one of many residential developments in South Hedland.

The state government has committed to pay $7.3 million per year in fees to the manager of an accommodation village in South Hedland, irrespective of occupancy levels, after tipping in $53 million to support the original development.

Osprey Village was opened by Fleetwood Corporation in April this year, after it won a Department of Housing tender in 2012.

It comprises 293 transportable homes designed to accommodate “key workers” in the region.

The government provided $53 million to co-fund the development, with Fleetwood contributing $42 million.

In addition, the government will pay Fleetwood $610,000 per month - equivalent to $2,081 per unit - for management of the village and in recognition of the company’s capital contribution, regardless of occupancy levels.

Labor leader Mark McGowan has criticised the government for agreeing to a deal that leaves taxpayers exposed to all the commercial risk.

At the end of October, 138 of the units were occupied, with demand likely to have been affected by the slowdown in construction projects in the Pilbara.

Mr McGowan said while he was not critical of Fleetwood, the government should not expose taxpayers in business deals.

“There are always other ways to promote and assist development by the private sector without leaving the taxpayers so exposed,” he said.

Mr McGowan has also been critical of a state government deal to purchase units in Finbar Group’s Pelago apartment project in Karratha.

The government has defended both deals, saying they show its support for the Pilbara.

"The Liberal-National government is delighted that its strategy and investment in the Pilbara housing market is working," Housing Minister Bill Mamion said in a statement.

He said Increased supply coupled with falling demand meant house prices and rents were returning to more affordable levels – by around 45 per cent in the past two years.

"The strategy is working. Housing is more affordable, available and appropriate in Hedland," Mr Mamion said.

It stated that the village “generates a government underwritten earnings stream which is not dependent on village occupancy”.

“Subject to finalisation of commercial terms, Fleetwood will operate the village for the WA Department of Housing for a term of 15 years,” the report said.

When the original deal was announced in 2012, Fleetwood and the state government both announced the project would be supported by $20 million of funding from Royalties for Regions, but there was no mention of extra support.

Since then, the Department of Housing contributed $33 million.