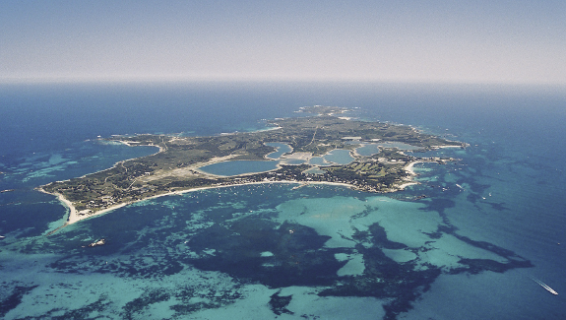 Tourists may soon get another option for lodging at Rottnest Island, with the state government putting out the call for operators to develop a resort and marina at Thomson Bay.

Tourism Minister Kim Hames today launched an expressions of interest process for a resort, saying a shortlist would be selected by the end of September.

The development would comprise between 100 and 150 rooms, with room for 250 boats in the proposed marina.

Dr Hames said a marina at Thomson Bay would be a much safer mooring option for boats, while a resort would help ensure the island was an attractive destination for tourists.

“West Australians will benefit from extra accommodation options on the island, especially at peak times, and boat users have expressed strong interest in additional facilities to supplement the limited number of swing moorings in selected bays on the island,” he said.

The new resort would be a welcome addition for visitors of the island, who will also benefit from a redeveloped Rottnest Lodge, where Karma Resorts unveiled a $20 million revamp plan in January.

Karma Resorts is owned by tourism identity John Spence, with the company planning to create 80 new units, a restaurant and bar, and open-air cinema on a near-five hectare parcel of land around one of Rotto's salt lakes.

Mr Spence's plan, which is expected to start construction before the end of the year, would be the first new accommodation to be built in nearly 30 years on Rottnest.

Marilyn Paspaley's Pinctada resort group had been pursuing a $70 million resort plan on the island, but pulled out in 2011, blaming bureaucratic constraints.

At the time, Dr Hames said financial issues were the reason for the shelving of the resort, however Ms Paspaley denied that assertion.

The state government nominated Pinctada as its preferred developer in 2010, following the collapse of a consortium led by Broadwater Hotels and Resorts in the previous year, which had planned to build a similar resort.