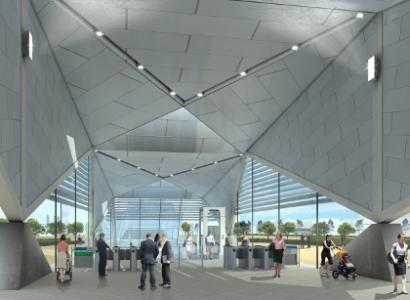 The state government will seek proposals from industry for the design and construction of a new underground bus station to replace the Wellington Street Bus Station, which will be sunk as part of the Perth City Link project.

Transport Minister Troy Buswell said the project had been fully funded and was expected to cost around $250 million, with the main alliance construction contract to be worth about $175 million.

“Our experience has been that it is a very, very competitive civil construction market at the moment and I’m very confident that there’ll be a competitive field for this project,” Mr Buswell told reporters.

Mr Buswell said the contract will be awarded "towards the back end of 2013". Work will commence on the construction the following year, and the government estimates that the station will be complete by mid-2016.

The new underground station will allow an uninterrupted street level connection between Wellington Street and Roe Street, and is expected to attract about 12,000 commuters per day.

A $360 million contract to sink a section of the Perth to Fremantle rail line was awarded to a consortium led by John Holland and GHD in March 2011.

Unlike the sinking of the rail line, which is partly funded by the federal government and the City of Perth, the new station will be paid for exclusively by the state government.

Transport looms as a major issue at the upcoming state election, with both parties accusing the other of making reckless promises in a bid to secure votes.

Mr Buswell said it was “the highest level of hypocrisy” for the opposition to complain about the costs of public transport, given that it had not costed its own Metronet heavy rail project, and pledged to release the full costings of the government's transport plans before the state election.