Industry groups have welcomed the federal government's announcement of an independent review into the 457 visa scheme. 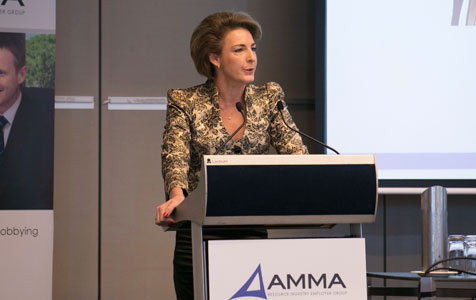 Industry groups have welcomed the federal government's announcement of an independent review into the 457 visa scheme.

Assistant Immigration Minister Michaelia Cash today announced an independent panel led by former public servant John Azarias will conduct a review into the scheme, which allows skilled workers to work in Australia for up to four years if they can secure a sponsor employer.

Senator Cash said the review was warranted given the potential of the scheme to contribute to productivity growth and address skills shortages.

"The review will aim to provide recommendations on how to maintain the integrity of the 457 visa program while not placing unnecessary administrative burdens on business," she said.

"This is in line with the government's commitment to evidence based productivity reform."

The review will also examine issues with non-compliance among sponsor employers.

"While the coalition is a government committed to deregulation and the removal of unnecessary red tape, we are equally committed to ensuring the integrity of the 457 visa program," Senator Cash said.

The Labor government last year announced plans to raise $542 million in revenue over four years by increasing application charges for a range of visas, including taking the 457 visa base application charge from $900 to $1,035.

The coalition was critical of the fee increases at the time but has not committed to reversing them.

Speaking at an Australian Mines and Metals Association forum in Perth last August, Senator Cash warned that a coalition government was likely to be constrained in the near-term by a hostile Senate and a tough economic climate.

“In relation to fees that the federal government has control of, that is something that a coalition government will look at,” Senator Cash said.

The Labor government also introduced a requirement for employers to advertise for local workers before importing temporary skilled workers, which the coalition described as an attack on 457 visas.

Chamber of Commerce and Industry WA chief advocacy officer John Nicolaou said the labour market testing requirements had introduced complications into the scheme and should be reviewed.

He also called for a review of legislation that penalises employers for employees not having the correct working visa even if it was out of the employer's control.

"To be effective, the 457 visa program needs to be easily accessible and affordable, to both employees and employers," Mr Nicolaou said.

"It is pleasing to see the federal government acting on their election commitment of decreasing the burden of red tape and regulation through this necessary review of the 457 visa program to make it easier for businesses to employ people."

Master Builders Association chief executive Wilhelm Harnisch said the government had a duty to ensure employers in need of temporary workers were no longer met with "crippling" red tape.

“The need to maintain the integrity of the 457 visa program is accepted, however there also needs to be efficient and effective administrative arrangements that do not impose an excessive compliance burden on employers,” he said.

“Master Builders will be making a comprehensive submission to the review of the 457 visa program and will work closely with the minister and members of the review panel to achieve outcomes which drive increased productivity in both the building and construction industry and the wider economy.”

The panel will provide the final report to the assistant minister by mid-year.