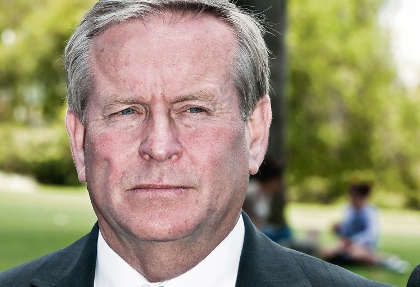 The state government is pressing ahead with plans for a gas pipeline to Albany, despite the project losing its largest potential customer and facing projected operating losses.

Premier Colin Barnett conceded the government may never recover its investment in the project, but insisted it was an appropriate commitment.

“It’s about leading economic development here,” he told WA Business News from Albany, where he attended a regional Cabinet meeting,

Mr Barnett indicated the government could take a one-third equity stake in the project.

“The pipeline will not be profitable from day one, in fact it may take a number of years to be profitable, so the state government will contribute to both the capital cost and an ongoing subsidy.

“How large that is, is yet to be determined.

“The principle is that we will make a capital contribution, let’s say we contribute 30 or 40 per cent of the initial cost, that will be done through Verve Energy, and Verve will own a share of the pipeline to that value, and it wouldn’t be taking any revenue out of it.

“The state may never get back its capital contribution but we will always own a share of that pipeline.

The 350 kilometre Bunbury to Albany gas pipeline was one of Mr Barnett’s promises before the last election; at that time, it was hoped Grange Resources’ Southdown iron ore project near Albany would be the anchor customer.

However Grange, which is seeking a new investor to help fund its delayed project, has always preferred building an electricity transmission line from the Muja power station near Collie.

The original plan was to build a pipeline with a capacity of 50 terrajoules per day, costing an estimated $450 million.

The current plan calls for a pipeline with a capacity of 12TJ/day, costing about $135 million.

Mr Barnett said the government would seek a development partner to design, build and operate the pipeline through an ‘expressions of interest’ campaign to be launched this month.

The preferred owner/operator will be selected midway through next year.

Canadian-owned energy utility Atco Australia is likely to participate in the process.

The project will encompass both construction of the gas pipeline and the building of reticulated gas networks in towns along the pipeline route. Many of these towns, including parts of Albany, currently rely on bottled gas.

“As well as making reticulated natural gas schemes possible for householders along the pipeline route, it will create new opportunities for existing industries and attract new investment,” Mr Barnett said.

He told WA Business News the current market for gas in the area was estimated to be about 3TJ/day. He therefore described 12/TJ/day capacity as “fit for purpose”.

Mr Barnett also alluded to the possibility of building a 40 megawatt gas-fired power station at Albany, but made no commitment.

“We haven’t committed to that; that’s part of longer term energy planning,” he said.

Regional Development Minister Brendon Grylls said the pipeline would be built with the capacity for further expansion to accommodate links to other regional centres, such as Katanning, one of nine 'super towns' nominated for growth by the state government.

“Access to internationally competitive gas prices will drive investment in value-adding and export production, including in viticulture, agriculture, mineral processing and timber industries,” he said.