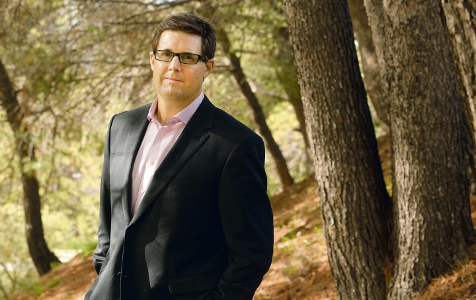 The state government has given New Energy Corporation environmental approval for a $184 million waste-to-energy plant proposed for Port Hedland, but the company, and other proponents of similar plants, are yet to overcome significant funding, waste supply, and energy off-take hurdles.

Environment Minister Albert Jacob has today announced the government will support New Energy’s proposal to build a plant at Boodarie in Port Hedland.

The total project value is estimated to be around $184 million and proposes converting 100,000 tonnes of waste annually into 15.5 megawatts of energy.

"This will minimise the requirement for waste to landfill and will contribute to economic diversification by generating employment during the construction and operational phases of the project," Dr King said.

The Environmental Protection Authority gave its in-principle tick of approval last month for plants to convert municipal solid waste into energy, which again sparked interest in the potential for both a new source of renewable energy, and method for dealing with waste.

Soon after the EPA’s report that the plants were a viable option for WA, the authority stamped its seal of approval on New Energy Corporation’s proposed Port Hedland facility.

New Energy chief executive David Sneddon told Business News a final investment decision would be made on whether to proceed by the end of 2013, and funding would be sought after that.

“Similarly on the debt side, we are receiving strong indications from debt providers who have an appetite for increasing their participation in this sector, and our project.”

One of those responsible for launching the state’s first construction and demolition recycling facility, Instant Waste Management managing director Sam Mangione, is also a director.

Having received the environmental green light for the Port Hedland project, another challenge facing New Energy Corporation is securing a supply of waste from the Pilbara municipalities.

The Town of Port Hedland has indicated its support for the project, but negotiations over how its current revenue streams from landfill will be maintained are yet to take place.

Meanwhile, at the other end of the process, Mr Sneddon said New Energy was in talks with all the major power users in the Pilbara, including government and industry, about off-take agreements for energy from the plant.

“All of them are in a position of wanting to secure the most cost-effective solution [of energy supply]; the benefit that comes through this is that they are making a significant step towards true renewable energy generation,” Mr Sneddon said.

New Energy is also working on a proposal for another 15MW waste-to-energy plant for East Rockingham. The estimated cost of that plant, which is less advanced in the planning, is about $150 million.

Melbourne-based competitor Phoenix Energy also has plans for a waste-to-energy plant to the south of Perth; it’s proposing to build a $380 million plant with output of 80MW at Kwinana.

“The challenge for the council [to finalise waste supply agreements] is that it’s a relatively large-sized plant that a single council can’t develop in its own right,” he said.

“Therefore they have to work together as a group, and they’re not used to doing those types of arrangements.”

However Mr Dyson said financing had already been arranged, with two international companies on board to supply a mixture of debt and equity funding, with one expected to become operator of the plant.

“For all intents and purposes we’ve got the finance, we’ve got the technology, we meet the requirements for what a plant needs to be approved … we’re simply now just discussing with the councils the best way forward to secure the waste streams and once that’s done there will be people landing on the site doing the work,” he said.

Mr Dyson said supplying energy into the grid at wholesale prices was the debt financiers’ preferred route, rather than striking a standalone deal with one power generator or end user.

“If we do an energy deal with a large user, in the Kwinana strip for example, that could be a 25-year project and then you’ve got to ask yourself how secure that business will be for the next 25 years. So you can understand the nervousness,” he said.

In contrast, new market entrant Tersum Energy has taken advantage of Horizon Power’s plan to increase power generation in the Pilbara with a new 100MW plant.

Managing director Rod Littlejohn, who has previously held roles with BP and BHP Billiton, said his company had submitted an expression of interest to become part of the “portfolio” of energy supplied in the Pilbara under a Horizon project, and was waiting to hear if it had been successful in getting to the next round.

He said Tersum’s involvement would only form a segment of the overall power generation required.

“The limiting factor is the volume of waste itself; realistically you’re looking at probably 20 to 25MW of energy coming from waste,” Mr Littlejohn said.

Tersum is estimating total capital costs for a project of that scale to be around $250 million, inclusive of technology and administrative costs.

Mr Littlejohn said the company was likely to take a modular approach to building a facility to save on building costs and to circumvent the shortage of labour in the Pilbara.

The Eastern Metropolitan Regional Council is another pursuing development of a waste-to-energy plant, to convert between 150,000 and 200,000 tonnes of waste per year.

It has obtained expressions of interest for development of a plant and is seeking EPA approval for two different types of technology.

The council has budgeted between $50 million and $100 million for the plant, which will be funded through a combination of existing cash reserves and debt.