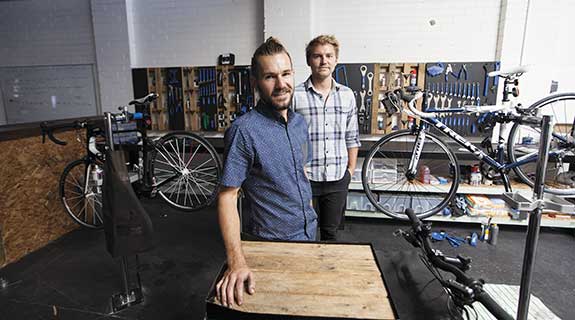 A critical report on the $10m Social Enterprise Fund is being kept under wraps.

IT was meant to be the catalyst for a host of community-focused businesses, but less than three years after its launch the future of the much-heralded Social Enterprise Fund is in doubt.

The results of a high-level review by KPMG have yet to be disclosed but the sector is rife with discontent about the implementation of the state government program, which has allocated less than half its $10 million seed funding as it enters the last six months of its initial three-year funding agreement.

The government has allocated just $4.6 million in grants and shut the door on more applications while it considers the future of the fund, which industry observers believe has been poorly implemented.

The KPMG review of the fund’s implementation is understood to include criticism of the way the fund has been managed, but the government has so far kept the evaluation report under wraps.

Meanwhile, some not-for-profit organisations are struggling to keep fledgling enterprises afloat after waiting more than a year, in some cases two, to hear whether applications for funding have been successful.

The fund was launched in 2012 as a government strategy to progress social enterprise in Western Australia; social enterprises are typically businesses established by not for profits to generate more funding for their cause.

A consortium of organisations was tasked with supporting and advising not for profits wanting to establish and progress social enterprises.

The consortium included WA organisations Social Innovation in Western Australia (SiiWA) and the WA Council for Social Services, alongside the Sydney-based Centre of Social Impact and Melbourne-based Social Traders.

Social Ventures Australia (SVA) was the fifth organisation in the consortium and took the leadership role, for which it was paid $1.6 million.

SVA referred Business News to the state Department of Local Government and Communities when approached for comment.

Most recipients spoken to by Business News felt that first round was relatively seamless and the injection of funds enabled many to pursue business cases around a social enterprise idea.

“The second part of what they were contracted to do was provide support to the enterprises, of which we were one, and that’s probably where they fell down,” said one applicant, who did not want to be named.

Many grant recipients from the first round were invited to apply for the second round of funding in 2013, which afforded them the opportunity to secure necessary capital to get their ventures off the ground.

By the time the second round opened, SiiWA had exited the consortium, for reasons it declined to comment on publicly.

All grant applicants contacted by Business News declined to be named out of concern it would jeopardise their chances of future funding, however all agreed the second round was handled poorly.

They reported months of negotiations with SVA in ironing out due diligence issues on business plans, as well as receiving conflicting advice from different parties involved in the process.

Some were told the funding was all-but guaranteed and they simply needed sign-off from the state government.

That was the case for one applicant, who told Business News they had been waiting a year for confirmation of funding but was hitting a brick wall when attempting to get answers from the government.

“Probably the last two months I’ve been really pushing it because it’s become more critical to get the funding,” they said.

“We’ve been using our own organisational funds to move our enterprise forward but this will run out in February.

“Without the SEF funding we will be unable to continue our work.”

While some applicants have been left hanging, a list of recipients for the second round was announced towards the end of last year; this time 17 organisations were successful in receiving grants totalling $1.2 million.

Despite the holdups there is evidence the money, once received, has been put to good use.

One such case involves Dismantle, which received $156,000 to expand its BikeDr social enterprise.

The enterprise is based on mobile bicycle mechanics visiting corporate buildings in central Perth and charging a fee for servicing employee bicycles.

Once the enterprise becomes self-sustaining, funds will be funnelled back into the youth programs on which Dismantle was founded.

The Department of Local Government and Communities did not respond to inquiries from Business News regarding how many organisations were still in the application process awaiting a final decision.

It did, however, reveal KPMG had been paid nearly $110,000 to review the SEF and its evaluation report had been submitted to the state government.

It did not answer questions on why the report had not been made public or whether it would be made public in the future.

A number of sources told Business News they understood the KPMG evaluation report was highly critical of the way the SEF program had been managed.

In responding to a question on why applicants had not been notified of a final decision, the department said no decision had been made on the fund’s future.

It did not give a timeframe for which applicants would be notified of a final decision.

Recipients from the SEF included organisations from states outside of WA such as White Lion Inc, which received $50,000 to pay for business planning.

White Lion’s website states it operates in Tasmania, New South Wales and South Australia with its base in Victoria, but bears no mention of WA.

Similarly, Sydney-based Fair Business was granted $40,000 in the first round. That was to pay for the feasibility and business planning of a social enterprise that exists on the east coast.

Two years after the grant was awarded there is no evidence on Fair Business’s website that it has established a social enterprise in WA.

That same budget laid out a plan to allocate $8.8 million worth of grants from July 2012 to July 2015 – a figure repeated in subsequent budgets.

The remaining $1.6 million was presumably the amount paid to SVA.

The Department of Local Government and Communities confirmed that grants paid to date amounted to $4.6 million, leaving about $4 million budgeted for social enterprises in WA.