Government must let go the levers

The federal government has invoked the ‘law of unexpected consequences’ with its new bank levy. 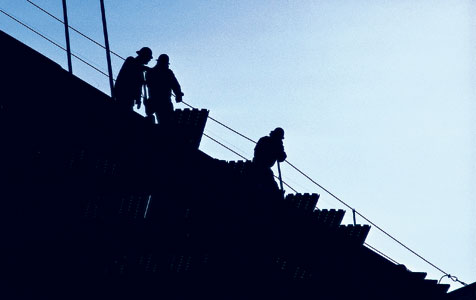 The federal government has invoked the 'law of unexpected consequences' with its new bank levy.

Five years after the start of the GFC it is clear that the worst side effect of the biggest economic slump since the 1930s is a belief that government is better at business than business.

Back in 2008, governments indeed did a good job rescuing the economies of the Western world from the excesses of badly run banks in the US and Europe.

Today there is evidence that government has replaced banks as the problem.

Just as the banks in 2008 where guilty of poor and sometimes corrupt decisions, so too is government now the guilty party.

Taming the banks might be an incomplete exercise, with evidence that some senior managers have not learned how to assess risk, but a bigger issue now is taming government, which has no idea how to rein-in spending.

There is a common theme in both examples – easy money.

Banks lacked discipline before the GFC, believing that it would also be easy to raise a few billion more from investors to paper over the cracks in a dud loan book.

Government is doing the same thing today; raising a few billion more from taxpayers to paper over disastrous spending decisions.

Unfortunately it will be a lot harder to tame government than it has been to try and tame the banks, as seen in the latest Australian government budget blow-out and the introduction of a fourth new tax in the form of the bank levy.

Dressed up by political spin advisers as an insurance scheme to save the banks if/when another GFC hits, the truth is somewhat simpler – the tax (sorry, deposit insurance scheme) is a way of raising revenue to replace what has been wasted.

Interestingly, the same ‘public good’ argument has been used in the creation of the carbon tax (or emissions trading scheme, or whatever it’s called these days) and the National Disability Insurance Scheme.

In the case of those two new taxes (and that’s what they are), government is saying it has a wonderful idea to mitigate the full effects of a future possible disaster – all we need is more of your money to either (a) save the planet or (b) save people with disabilities.

Admirable in their concept (and who could argue with the principle of the disability scheme?), there is a common theme running through all of the taxing schemes – the conviction that government knows best.

The same could be said of the fourth tax example, the mining super-tax, which was supposed to create a huge new pile of money for government to dish out to the wider community.

It hasn’t worked, and was never going to work because the people in government who designed the mining tax didn’t have a clue how the commodity business always (and that really does mean always) moves in cycles; boom-to-bust and back again.

One bitten, twice shy is an old saying that is meant to serve as a warning about not repeating a bad decision.

In the case of government taxes it is now a case of four-times bitten and the absolute guarantee that there will be more taxes to come, whether dressed up as levies or insurance schemes.

The argument being used to justify the bank deposit levy is perhaps the most disgraceful example of what happens when government can’t think of another explanation for plundering taxpayers – it’s called invoking the law of unexpected consequences.

Famous as a skit in the Yes Minister television series, it is a cop-out used by government for either making a decision (or not making a decision) because something might happen in the future, but we don’t yet know what that something is.

In other words, invent a scare and then apply a tax.

If government’s inability to stop taxing and spending is not bad enough, consider one of the arguments being used to oppose local government mergers – it will add to costs.

Are people in the ‘let’s-have-lots-of-government’ brigade actually saying fewer local governments mean higher costs, because if they are then there is something really rotten at the core of government.

Consider the western suburbs of Perth, where seven little kingdoms (sorry, local councils) are being merged into one bigger body.

It is unimaginable that getting rid of six mayors, at least 30 councillors and who knows how many duplicated civil service positions could end up costing more.

In the planning area alone let’s assume each council has five staff which, in theory, means the new super council will start life with 35 staff.

If that situation occurred in the private sector at least half of the employees would be thanked for past services and retrenched.

In government, or so it seems, staff cuts like that are not even considered

And if they are being considered then no-one is prepared to admit the possibility – and if they’re not, why not?

For a third example of a stunning government-made mess take a look at the European energy sector, where the environmental lobby has successfully closed most of Germany’s nuclear power plants and convinced the rest of the region to switch to alternative power sources such as wind and solar.

It’s not working, as easily demonstrated by the return of the most polluting fuel of all, lignite (brown coal) to make up the electricity shortfalls occurring across the continent.

By not understanding the way business works, and how it is driven by costs, European governments have inadvertently (through their taxpayer-funded subsidies for alternative power sources) made coal the cheap power alternative, boosting its production rather than cutting it, as intended.

For small mining companies, including Australian-based Balamara Resources and Prairie Downs Metals, coal has become the hot mineral exploration target as Europe struggles to generate the electricity it needs at a competitive cost to compete with the world’s new low-cost leader, the US.