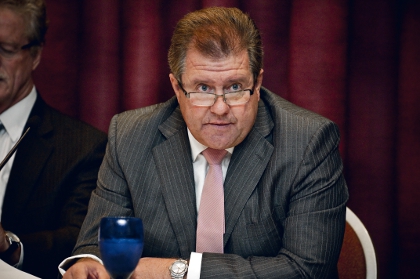 The state government has moved to acquire the necessary land required to build the Pilbara’s next deepwater port, Anketell, 30 kilometres east of Karratha.

Premier Colin Barnett announced today the state government had issued notices under the Land Administration Act 1997 (WA) and the Native Title Act (1993), which identified 4,300 hectares required for the construction of the Anketell Point and associated industrial area.

Approximately 1,700 hectares are required for the port operations, 1,760ha for transport and service corridors, and 840ha for industrial areas.

The multi-user facility will ultimately have an export capacity of more than 350 million tonnes.

“The Government will ensure all landholders affected by the notices are informed and that their rights are recognised and, where required, they will be appropriately compensated,” he said.

“Currently, this land is covered by various forms of tenure, including native title, pastoral leasehold, private land and mining tenements.”

The Ngarluma people are the traditional owners and native title holders over a large area of the land proposed for the Anketell Project.

“Together, we will ensure Aboriginal heritage is protected and the Ngarluma people are compensated properly.”

Mr Barnett, however, did not say who would develop the port, only that the state government was currently evaluating a number of proposals.

Iron ore miner Aquila Resources, which holds a 50 per cent stake in the project, is considered to be the front runner, after Fortescue Metals Group announced in March that it was also considering an outer harbour development at Port Hedland instead of moving ahead with Anketell Point.

The port is considered to be a key plank of Aquila's planned $6 billion West Pilbara iron ore project.

Aquila welcomed the government's announcement today, saying it looked forward to the state government's decision on who will develop the project.

At close of trade today, Aquila stocks were down 6 per cent, trading at $3.94.