Western Australia’s housing indemnity insurance scheme has been exposed by the collapse of two Perth-based builders, with the state government facing a $12 million cost and a rise in building insurance premiums expected as a result. 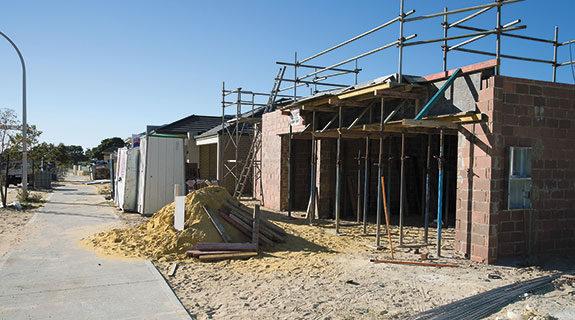 Western Australia’s housing indemnity insurance scheme has been exposed by the collapse of two Perth-based builders, with the state government facing a $12 million cost and a rise in building insurance premiums expected as a result.

The scheme, in place since 1996, requires any residential construction work valued at over $20,000 to be insured in case the builder is unable to finish the work, or if the builder’s work is of poor quality.

However, there are only two insurers active in WA – QBE Group and Calliden – with the former controlling around 90 per cent of the market.

The insurers have been dealing with hundreds of claims in the wake of the collapse last month of Capital Works Constructions, which was building 229 homes and had a further 84 yet to commence under the banner Freelife Homes.

Those collapses, according to Master Builders Association WA executive director Michael McLean, have not only tarnished the reputation of the building industry, but also revealed shortcomings in the builders’ insurance system, particularly around the state government’s underwriting of the scheme.

Mr McLean said he estimated the collapse of Capital Works Constructions, which was first established in 2012, would cost around $12 million to sort out.

“We were quite alarmed to hear the number of homes that Freelife Homes were building,” Mr McLean told Business News.

“A company of that infancy to have nearly 300 homes is extraordinary; that in itself is a breakdown of the checks and balances that should exist in our industry.”

Mr McLean said the ultimate result of the collapse would be an increase in indemnity insurance premiums, which have already gone up by 40 per cent on two separate occasions in the past three years.

“That’s a big hit,” he said. “Unfortunately reputable builders are going to pay for that, because underwriters just won’t absorb that hit.

“The state government once again puts its credit rating at risk and the whole scheme is starting to fragment a little bit. It’s not acceptable.”

The maximum individual payout under the scheme is $100,000, a threshold which has become an issue for many Freelife Homes customers left with works in progress valued at more than that level.

Mr McLean said as long as a builder was not receiving progress claims in advance of its work, another builder should be able to complete the house within reasonable proximity to the contract price.

However, many customers at Freelife Homes have told Business News about progress payments that appear to exceed value of work at various stages of construction.

“If that is the case, they need to be prosecuted for doing that, because that’s illegal,” Mr McLean said.

“Under the Home Building Contracts Act there are prescriptions as to how much you can claim along the way.

“If, for example, a builder has cash flow problems and they are extending their claims, unfortunately that’s contributing to their demise and puts more pressure on the insurers to retrieve the situation.”

The home indemnity insurance issue has been the subject of a long-running campaign by Master Builders, since the withdrawal from the WA market by the then-largest provider, Vero, in early 2010.

An Economic Regulation Authority-led inquiry into the scheme in 2013 recommended widespread changes to the system, with the arrangement of having only two suppliers not able to be relied upon to provide long-term or stable consumer protection. However, the state government has not made any changes to the scheme since the inquiry.

That impost is significant, especially for first-time builders, and unfair on long-standing builders in the industry with large balance sheets and proven track records, Mr McLean said.

The Master Builders Association last week called for an urgent overhaul of the scheme to provide certainty and confidence in the future.

“We’re just putting it up as a suggestion and it’s not universally accepted, but we need to give people the option to put that money into their home and not the insurer’s products,” he said.

“The homebuyer might say ‘we have confidence in you, we don’t want to pay that because we don’t think you’re going to go broke’ but that’s what the system requires.

“It could be argued by some builders that if you scrap the scheme, which we advocate, all it does is give the big builders more power, because they’ll say ‘build with us and we’ll guarantee completion’, and the smaller builders wouldn’t be able to do that.

“Whichever way you look at it, it’s a complex issue, but the very least that should happen is the government should take note of what’s happened recently and review the scheme because I’m very fearful that if another builder were to go down it creates enormous pressures on the scheme.”