The state and federal governments today announced the first details of several planned infrastructure projects on Rottnest Island, on the back of $33 million in investments for the island over the next three years. 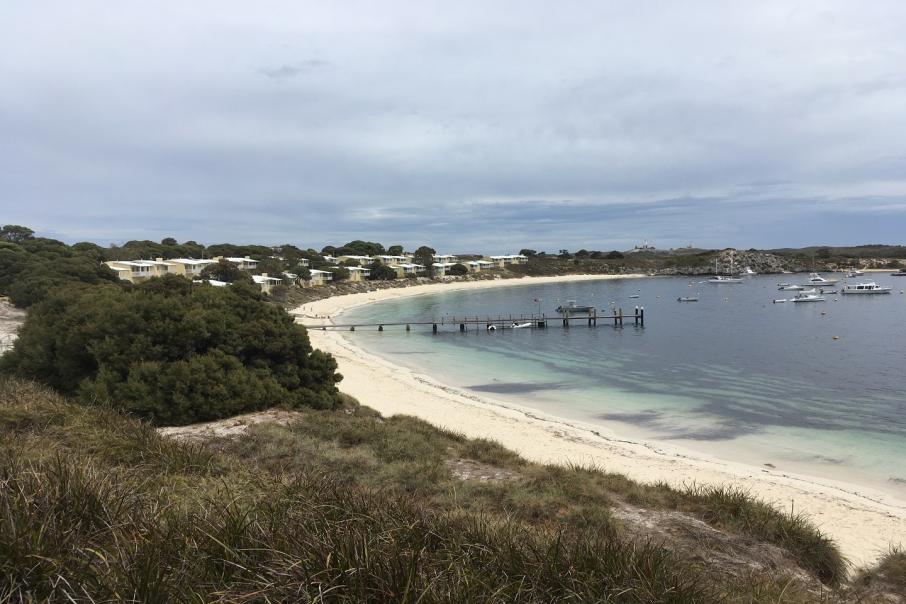 Newly announced investment in Rottnest Island will go towards several new amenities on the island, including the development of a new fuel jetty. Photo: Gabriel Oliveira

The state and federal governments today announced the first details of several planned infrastructure projects on Rottnest Island, on the back of $33 million in investments for the island over the next three years.

Tourism Minister Paul Papalia, who announced the plans this morning alongside federal Assistant Minister for Regional Tourism, Jonno Duniam, said the first allocation of funds would go towards development of the island's remote west end, with new amenities and art installations included as part of the $1.9 million project.

That's on top of $16 million from the state government for rennovation of the island's existing fuel jetty and barge landing.

Mr Papalia framed the spending as supporting tourism for the state as a whole, welcoming the federal government's pledge to invest in the island over the next three years.

“The state government has committed critical infrastructure funding for the jetty and barge landing to ensure services are maintained and the visitor experience is enhanced,” Mr Papalia said.

“The boating fraternity are an important part of the Rottnest community, with thousands of private boats making the trip to Rottnest every month, and this funding ensures better experiences for all.”

Mr Duniam, who was complimentary of Rottnest Island’s appeal as a tourist destination, said federal investment had been partially allocated, with $700,000 going towards The Basin, a swimming spot on the island, $2 million towards renovations of the Wadjemup Hill lighthouse, and $600,000 towards new signage for tourists.

“The west end project is part of a $33 million suite of federal and state government projects to revitalise and build new infrastructure on Rottnest - supporting the island’s ongoing growth in visitor numbers,” he said.

“It is vital we continue to invest in stunning natural experiences like Rottnest Island, and that’s exactly what we are doing.”

Tourism Council WA chief executive Evan Hall, who had previously lobbied the federal government to increase its spending on Rottnest Island, said the funding would enable visitation to grow while protecting and enhancing the island’s environment and culture.

“Rottnest Island is the first Western Australian tourism attraction to receive federal investment, and we hope to see other attractions identified as Icons to grow visitation and regional dispersal,” he said.

“As outlined in Tourism Council WA’s 'New Attractions for Perth' policy document, there are a number of proposed experiences that will grow tourism numbers and year-round visitation for Perth and surrounds.”

The announcement comes just days after the federal government announced it would spend $76 million to rebuild Australia’s tourism industry in the wake of devastating bushfires on the country’s east coast.

The works announced today are set to be completed by the end of the year, according to the state government, with plans to renovate the fuel jetty finalised.

A contract for the $3 million demolition and reconstruction of the jetty is now being tendered, with works expected to commence in April.