The state government and the Western Rock Lobster Council have reached a comprise on the future of the industry, with the annual catch to increase by just 315 tonnes. However, details of how this will be delivered to the local market have not yet been worked out. 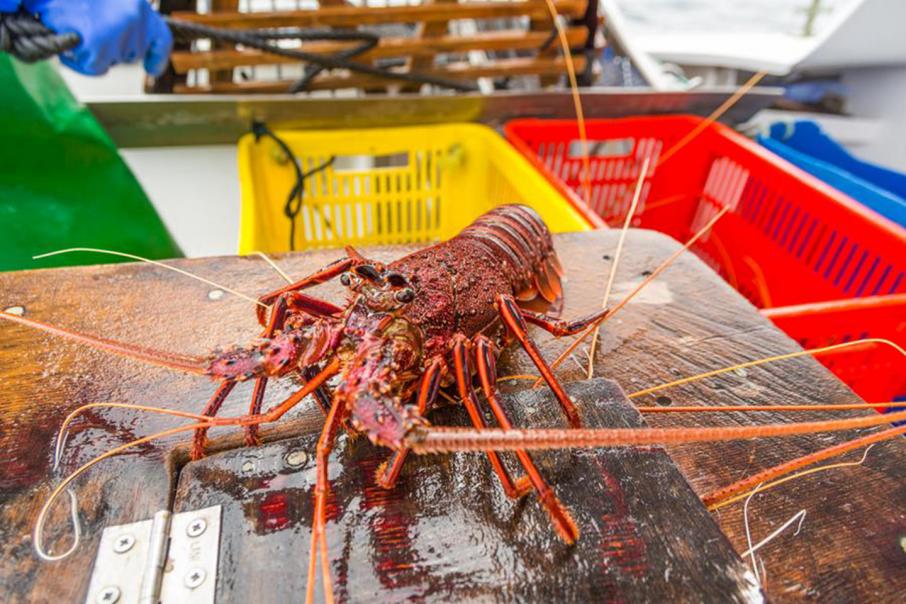 The government and industry have agreed that the annual catch will be increased by 315 tonnes.

The state government and the Western Rock Lobster Council have reached a comprise on the future of the industry, with the annual catch to increase by just 315 tonnes. However, details of how this will be delivered to the local market have not yet been worked out.

In a statement today, the government said it would not be proceeding with a proposal to increase the catch limit by 1,700t, of which 1,385t was to be held by government.

Under the proposal, the amount controlled by the government would have equated to approximately 17 per cent of the proposed 8,000t limit.

The government and industry have today agreed to increase the annual catch by 315t, with all or a significant majority allocated for the Western Australian market.

However, the government’s statement did not provide any specific details in relation to how this increase would be delivered.

It said those details would be finalised by the end of March.

The government also announced it would support the establishment of an annual international rock lobster festival, and that an independently chaired group would be convened to examine other opportunities to grow the industry.

Fisheries Minister Dave Kelly said the outcome was positive for the industry and WA families, who would have access to more lobster products.

"Plans to establish an annual international lobster festival provides us with an opportunity to create WA jobs and support the tourism and hospitality sectors," he said.

Western Rock Lobster Council chairperson Kim Colero said the industry was pleased to support an initiative that would lead to an increased supply of local lobster for all Western Australians.

"We also appreciate the premier and minister's commitment to work with the industry to grow this valued and important natural resource," he said.

Tourism Council WA chief Evan Hall also welcomed the deal, and said it presented an important opportunity to discuss using a small proportion of the lobster catch to grow sustainable tourism and jobs in WA.

“Premium seafood experiences are particularly valuable in attracting international visitors who love the unique seafood and will spend around $5,000 per trip in Western Australia,” he said.

“Allocating a small and sustainable allocation of lobsters to “catch-and-cook” and other fresh-caught lobster experiences for visitors could generate hundreds of jobs.

“It is better for our economy that we bring the international lobster foodie to WA, rather than just take the lobster overseas.”

Mr Hall said Tourism Council WA was looking forward to working with the state government, commercial fishers and others on the use of the sustainable lobster catch, including for tourism.

“This is an excellent outcome, where more local lobster will be available for local restaurants, local consumers and visitors to WA,” Mr Woods said.

“Today’s decision will also see the delivery of a new, internationally recognised rock lobster festival, which will attract an array of visitors to Western Australia to experience this iconic seafood dish.”

Opposition leader Mike Nahan said it was unfortunate it had taken an expensive campaign and a great deal of pain for local fisher families to convince both the Premier and Minister Kelly to backflip on what had been a disastrous policy decision from the outset.

“The decision to increase rock lobster quotas but quarantine the bulk of that increase for Government ownership had the potential to destroy the viability of the businesses of many lobster fishers and ruin our reputation in the eyes of investors,” Dr Nahan said.

“Minister Kelly tried to hide his disastrous decision behind a smokescreen of increasing affordable crayfish to the local market but it was clear to all that he had eyes only for the almost $1 billion cash grab that ownership of quotas would give the Government.

“The industry itself had been lobbying Minister Kelly for many months to engage on ways to increase local availability but he had turned a deaf ear and instead went for an option that would give his government a $1 billion boost to help pay for its election promises.”