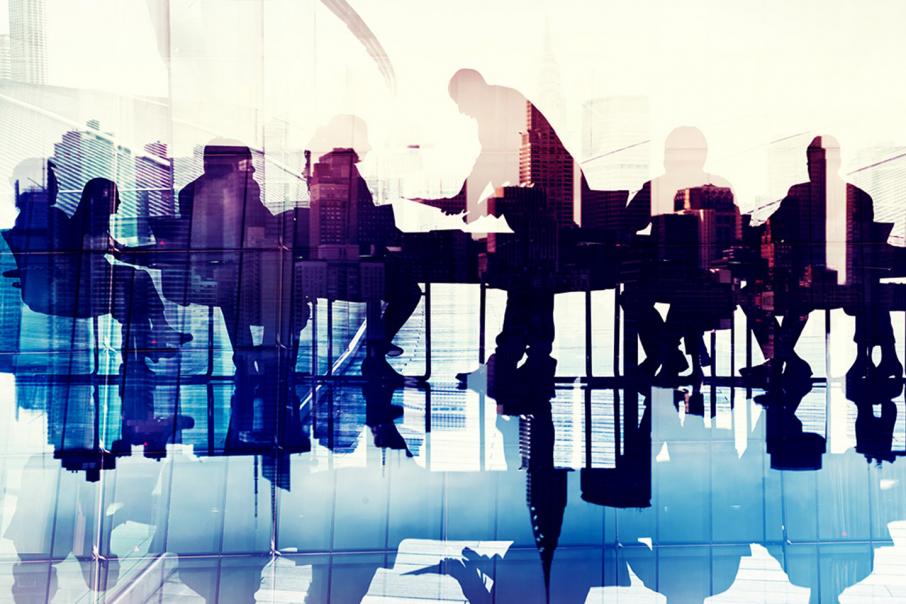 Commodores Tracy Matthews and Paul Billingham reflect on governing risk and preventing loss of life behind the world famous event, which this year features a record 170 yachts for the 75th anniversary.

Boxing Day sees Sydney Harbour churned into a washing-machine frenzy by hundreds of spectator craft, not to mention a fleet of more than 100 racing yachts jockeying for position before rounding South Head and setting sail for Hobart, 628 nautical miles (1163km) away. Hundreds of thousands of people are crammed into every vantage point on the foreshore to watch the start of one of the toughest bluewater races in the world.

The Rolex Sydney Hobart is a world-scale sporting contest — and for the past 74 years it’s been run — not by a government, federation or peak body — but by two sailing clubs, the Cruising Yacht Club of Australia (CYCA) and the Royal Yacht Club of Tasmania (RYCT), with the bulk of the hard yards handled by crack teams of volunteers.

This year is the race’s 75th anniversary. With an expected 170 yachts, the fleet will be double its normal size, throwing up unprecedented logistical considerations. The on-water aspect of the race, from the starting gun to race end at Hobart’s Constitution Dock, is handled by a professional team; the land-based activities by volunteers. As the 2018 race finished, planning for the 75th began. For the commodores involved, effectively chairs of their respective boards, this means cooperation is crucial.

Headquartered in Sydney’s Rushcutters Bay, the CYCA boasts 3000 members and 212 boats on its marina. Billingham has been on the board for 14 years, this year his last as commodore. The CYCA owns the Rolex Sydney Hobart event, but the contribution of its RYCT “finishing partner” in Hobart towards what is now a weeklong celebration of the race’s completion is essential. Billingham values a relationship grounded in trust and 74 years of history.

“Both clubs are volunteer organisations — they have professional management, but essentially the boards are doing this for love of the sport and their clubs,” he says. “The relationship between the two commodores is important, not so much in terms of the details of the race organisation, but in ensuring the checks and balances are in place and there’s a real understanding about what we’re trying to achieve and how we guide our executive towards that outcome.”

Matthews has been a RYCT member for 24 years, joining the board in 2008. This is her third year as commodore and she says her long personal relationship with Billingham makes it easier for the two to work together. “Coincidentally, we’re both chartered accountants by training, and it helps that we have some common acquaintances,” says Matthews. “We’ve had a high level of trust between us right from our very first discussion about our desired outcome. If we’re clear about what our purpose is and make our decisions in the best interest of the organisation towards achieving that purpose, we can’t go far wrong.”

The personal relationship between the pair dates back to 2013, when Matthews was appointed RYCT rear commodore and a conscious decision was made to widen the club-to-club bonds. “Prior to that, the relationship was only at the commodore-to-commodore level and we felt to have a good succession of relationships, it needed to be deeper than that,” says Matthews.

“That year we started involving commodore, vice commodore and rear commodore in the club-to-club relationship building. I also shared a view that for the 75th Sydney Hobart to be successful, it needed to be successful for our clubs. We needed to be making decisions in the best interests of our clubs and of our members. Otherwise, why as an organisation would we be doing this? We made a decision to work towards the 75th with the view of making it a celebration for both of our clubs.”

Billingham regards the twin-club relationship as an organic development that has adapted as required. “The challenge in clubland is in the way the constitution is put together,” he says. “The CYCA constitution requires our entire board to be re-elected every year. It’s quite hard to bring succession and continuity to the board, but both clubs have sought to do that. We’ve built a number of relationships among the senior ranks so that the two boards and CEOs work more closely beside each other. The committee structure works well, but you’ve got to put effort into it. It’s not just a question of ringing up to have a conversation about the race. We do a lot more partnering in other activities and cross-promotional events. It’s almost holistic.”

This broader relationship during the past six years has contributed to an expansion of the race finish experience, with the development of an event village at Constitution Dock. “The welcome the competitors get in Hobart is fantastic,” says Billingham. “It’s become a real destination, a five-day party with entertainment and fireworks. That’s happened because [both clubs] saw an opportunity to celebrate the finish. Innovation of an established, well-known event is important, and that’s the conversation I have with Tracy — how do we look at this and make it better?”

“We’ve built a number of relationships among the senior ranks so that the two boards and CEOs work more closely beside each other.” Paul Billingham GAICD

As the Sydney Hobart has grown to become a world-class sporting event, improved governance structures have become imperative. Matthews notes the volunteer-driven nature of sporting clubs puts an “interesting” complexion on the required reporting and governance structures. “We have boards that oversee the operations of the club, then we have committees of volunteers sitting alongside the professional staff,” she says. “We’ve done a lot of work over the past six years to clarify roles and responsibilities — not just between volunteers, staff and the board in one club, but between the organisations.”

The disastrous 1998 race, in which severe storms sank five yachts resulting in the loss of six lives, made a clearer governance structure and lines of responsibility imperative. Billingham agrees that clarification of the governance framework and responsibilities was necessary, but notes the race was even then regarded as one of the safest in the world, with the entry qualifications, medical, safety and radio checks already rigorous. “What 1998 did was speed things up,” he says. “We’re not complacent, but we’re really just polishing what we have, finessing it through our constant review process. We’ve got a highly experienced race committee, with a number of senior lawyers and barristers, even a judge, and we’re constantly trying to find the holes in what we do. The post-race debrief takes place in early February. All of the key aspects of the race are assessed then our planning and risk committee gets those reports.”

However, there is no way the event would run without volunteers, says Matthews. “We just could not perform the tasks over the period of time required with paid employees alone. For example, in Hobart we man five different sites that must be available 24/7 from the time the first boat leaves Sydney to when the last boat ties up in Hobart, five days later.”

However, despite the heavy reliance on long-term volunteers, some of whom have worked on the race for more than 25 years, Billingham and Matthews are adamant the Sydney Hobart is a totally professional undertaking. “Paul and I don’t get involved in the day-to-day operational matters,” says Matthews. “All communications between the clubs at an operational level are through the general manager and CEO. Our volunteer committees report through the general manager.”

“We needed to be making decisions in the best interests of our clubs and of our members. Otherwise, why as an organisation would we be doing this?” Tracy Matthews FAICD

Billingham says much of the governance revolves around mitigating risk. “A lot of things can go wrong,” he says. “We’ve brought in standard operating procedures for our volunteers, everything from understanding the safety regulations to how they interact with visitors and control crowds.”

The logistics are mind-boggling with hundreds of thousands of spectators, hundreds of competitors, a fleet of racing yachts and intense media scrutiny. “Sydney Harbour on a sunny Boxing Day is a nightmare,” says Billingham. “We’ve got to make sure racing boats don’t go into the spectator fleet, so we work with Maritime Services to manage that risk. We’ve got 16 helicopters plus drones in the sky, so we work with the Civil Aviation Safety Authority to mitigate that risk. Most of our year is spent with the planning and risk committee, making sure we’ve sorted every possible risk and know where the challenges are.”

He stresses that’s why good partnerships are important. The event partners with state governments, Waterways and Channel 7. In Hobart, TasPorts, Tourism Tasmania and Events Tasmania are key stakeholders.

“You put in place what you can and make it very clear what you can and can’t do,” he says. “Our biggest challenge [in Sydney] is the exclusion zone. The Water Police operate that and limit the number of boats allowed in. This year we’re going to run three start lines to try to stop boats running into each other.”

For the 75th, a major challenge is accommodating the racing armada in Hobart. “Our biggest problem is how to fit all the boats,” says Billingham. “Normally we get 100, this year we’ll have 170. And the boats today are a lot bigger, their draught is deeper and they’re not equipped to berth alongside a rock wall.”

As with all premier sporting events, media attention can be relentless — another risk that Billingham says the Sydney Hobart planning team factors into its calculations. “We have a detailed emergency management plan, which we update every year. We run training and scenario planning. The event is in the global press spotlight for five days. As we found last year with the protest with Black Jack and Wild Oats XI, the press don’t wait — they want an immediate response. They’re literally sitting with us in the finishing area and if there’s any issue, you can expect 20 cameras in front of you wanting answers. We have packaged responses for different scenarios that we can roll out, so we’re not thinking on the front foot.”

With so much on the boil as Boxing Day looms ever closer, both commodores are confident their personal relationship is one thing that’s under control. “Paul and I will touch base if there’s something we need to have a chat about,” says Matthews. “There have been occasions when we’ve needed to have strong discussions, but because we have a good relationship and a constant focus on what our outcomes need to be, we’ve been able to resolve them and move forward.”

Billingham agrees. “Tracy and her partner are spending Christmas Day at my house. It’s way beyond a business relationship — it has become a friendship. And my vice commodore will succeed me, her vice commodore will succeed her, and the relationship will continue. The idea is to make it seamless and that builds confidence and trust. It means everything runs a lot smoother and when you have a problem that could become a huge issue, you just pick up the phone and have an honest conversation.”