Not for profit group moves to lift its capacity to develop services and deliver them into the community. 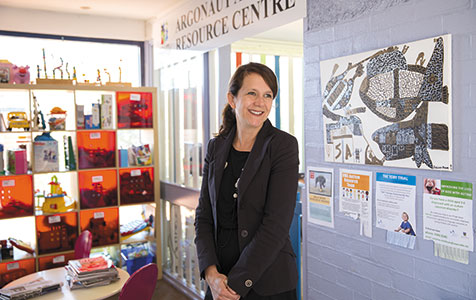 Autism West has appointed its first chief executive as the organisation seeks to evolve into a more mature organisation with strong governance.

Alison Davis has joined the Nedlands-based not for profit and told Business News she hoped her participation would help bring tangible benefits.

Among her goals is a plan to refresh the donor structure via the creation of a formal donor program, building longer-lasting relationships in the process rather than relying on one-off gifts.

“We haven’t done a lot of that in the past and I think there’s potential to really bring a lot more people into the fold by supporting [us], even at a low level, and being part of our community,” Ms Davis said

She said it was important to create pathways to enable donors to contribute to specific causes.

“I think donors want to know exactly what their money is going towards; they don’t just want it to be put it into the general Autism West fund, they want to know that they’re actually helping a particular project,” Ms Davis said.

Autism West has relied primarily on the leadership of its board of directors and founders – Silvana Gaglia and managing director of GMP Securities Karl Paganin – prior to Ms Davis’s appointment.

The pair founded Autism West to provide services that were not offered by the likes of fellow Autism-focused organisation, the Autism Association of Western Australia.

Mr Paganin said the services Autism West delivered included the provision of clear information about services available and putting people in contact with service providers, which included the Autism Association.

He said recent partnerships with Curtin and Deakin universities, which included the development of an iPad app, prompted the decision to appoint a chief executive.

“[Those relationships] just need a higher level of dedicated focus to be able to develop those services and deliver them into the community,” Mr Paganin said.

“It’s really to accelerate the services that we currently have and deliver, but to deliver them more effectively than what we can do it with an executive officer and a voluntary board.”

Ms Davis said the board of nine directors had provided strong leadership, but had recognised the need for a fresh pair of eyes.

“I think they’ve been achieving great things. I was really amazed to discover what they had managed to achieve to date essentially from a volunteer board,” she said.

“From a governance perspective I think what’s been happening is that we’ve got a really big, active board and [Autism West] has expanded without someone pulling everyone in the same direction.”

Ms Davis said the opportunity to achieve tangible benefits attracted her to the role, but she was initially hesitant in that she had no personal experience with autism.

“[But] it became quite clear that the board has that experience and they were excited about someone coming in with fresh eyes without that emotional attachment,” she said.

Ms Davis’s first project was to secure a new home for Autism West, as the current lease on the Nedlands premises owned by the University of Western Australia is due to end in February.