Small information and communication technology firms will have more opportunities to win state government work once the GovNext strategy is rolled out, according to chief information officer Giles Nunis. 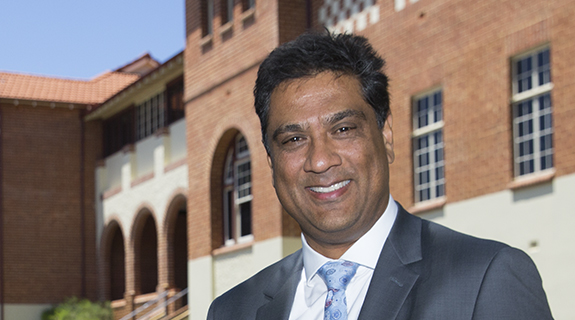 Small information and communication technology firms will have more opportunities to win state government work once the GovNext strategy is rolled out, according to chief information officer Giles Nunis.

Mr Nunis said the prime contractors, which are due to be appointed by August, would need to bring in a large number of smaller sub-contractors to deliver the state government’s ICT needs.

“We will have two or three prime contractors but sitting underneath will be an enormous amount of work,” he said yesterday.

“They can’t be all things to all people, and deliver everything, because it’s so significant in size.

“So we anticipate there will be a significant number of vendors.”

Speaking after a WA Information Technology and Telecommunications Alliance lunch, Mr Nunis said the prime contractors would not be required to follow traditional public sector tendering and procurement procedures.

They would need to demonstrate the quality and value to be delivered by sub-contractors.

“But they could do that procurement literally overnight, as opposed to us doing extensive prescribed processes that take a long period of time,’’ Mr Nunis said.

“I think the opportunity for small business, it will be quicker to get in, cheaper to get in, and actually have more work under that arrangement.”

He said the government had prepared solution definitions with the six firms that had been short listed for the GovNext contract, and all agreed on the role to be played by SMEs.

Smaller firms tended to more nimble and agile, and had a different risk profile, and were therefore able to deliver innovative solutions, he added.

Mr Nunis said the state government was spending between $1 billion and $2 billion each year on ICT services, but was not sure exactly how much.

He said the true picture was distorted by spending on IT in hospitals.

“We’re trying to get a view on what is our normal operational cost, I suspect its somewhere between 1 and 1.5 billion (dollars) per year,” Mr Nunis said.

“The 500 or 600 million (dollars) we spend on top of that is because we’ve been pushing new hospitals.”

The GovNext contract will be worth $300 million per year, and will run for 10 years.

Addressing yesterday’s WAITTA lunch, Mr Nunis mapped out a series of targets for the GovNext strategy, which is designed to transform the way in which the government meets its ICT infrastructure needs.

The strategy includes government shifting from an investor in ICT infrastructure to being a consumer of computer, storage and network services.

Mr Nunis said he wanted at least 90 per cent of major ICT projects to be completed on schedule and on budget.

“We want at least 90 per cent of government digital media services to exceed published service levels,’’ he said.

“We think we can achieve at least a 10 per cent reduction in costs across the public sector in terms of delivery of ICT.

“We think nine out of 10 CEOs and DGs should be pretty happy with the service they get.”

He also wants 75 per cent of financial and information services transactions with the public to be done through digital channels.

“That’s probably the largest and most significant stretch target we will have,” Mr Nunis said.

“We are probably below 50 per cent at the moment, so to that extent it’s a significant move to online.”