The Domgas Alliance has called for an independent panel to help review the marketing arrangements for the Gorgon gas operation as it accuses the project partners of deliberately withholding domestic supply to drive up prices. 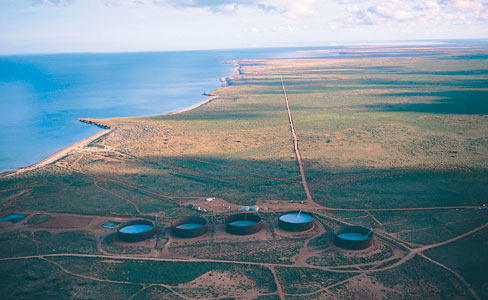 The Domgas Alliance has called for an independent panel to help review the marketing arrangements for the Gorgon gas operation as it accuses the project partners of deliberately withholding domestic supply to drive up prices.

The accusation is contained in Domgas' latest submission to the Australian Competition and Consumer Commission following its draft determination last month to allow the partners - Chevron, ExxonMobil and Shell - to jointly market gas to WA customers.

Domgas, representing some of the biggest gas users in the state including Alinta and Synergy, said it was "dismayed and disappointed" the ACCC had allowed the partners to combine as a "cartel".

"The Alliance recognises that the ACCC's assessment is being undertaken amidst intense political interest in the Gorgon project and intense pressure on the part of the applicants," Domgas said in its submission.

"It is disappointing that the draft determination appears to rely almost exclusively on the claims and assertions by Shell, Chevron and ExxonMobil - and their consultants' report - while dismissing evidence presented by consumers.

"The ACCC also appears to have ignored its own commissioned Allen Consulting Group report which dismissed as 'misleading' the Gorgon applicants' claims that joint selling was necessary to manage risk or to underpin project investment."

Domgas argues that by joining marketing forces, the project partners will be able to charge WA customers more compared to Chinese, Indian and Japanese companies, which will be able to receive Gorgon gas earlier.

Domgas said the project partners have justified the WA delay on the need to avoid an oversupply of gas, a claim which it said is false.

Domgas highlights its point using BHP Billiton's assessment of its Macedon gas project, which said that, based on forecast growth and the decline of existing sources, 1,000 terajoules a day is needed to lift the state's capacity and reserves by 2020.

However with only Macedon, Reindeer and the Gorgon projects coming online in the next six years, Domgas claims there will be a potential gas shortfall of 500 terajoules a day.

"Notwithstanding this expected shortfall, the Gorgon participants have indicated they will significantly delay domestic supply and volume - until end of 2015 for first gas, and 2021 for the 300TJ/d commitment," Domgas said.

"This can only reflect a deliberate strategy on their part to withhold supply from an extremely tight gas market in order to drive up prices.

"It is disappointing that the ACCC proposes to assist this clear abuse of market power by protecting their anti-competitive cartel selling arrangements."

The ACCC defended its ruling that separate gas marketing was not practical given the "lumpy" demand profile of the WA domestic market.

It added that joint marketing will also mean that WA customers will receive Gorgon gas sooner that otherwise anticipated.

"The decision now opens the way for every major producer in Australia to combine together to form monopoly selling arrangements of gas," Domgas said.

"This will have profound implications for every industry and household in Australia - not just Western Australia."

Domgas has called for an independent panel to be appointed to undertake a detailed review of the evidence presented by both applicants and interested parties, and the findings of the Allen Consulting Group report.

"This review would assist the ACCC in making a final determination, and provide confidence to Australian consumers in the authorisation process," it said.