Chevron has announced a second cost increase and further delays to its giant Gorgon gas project, with the budget now set at $US54 billion. 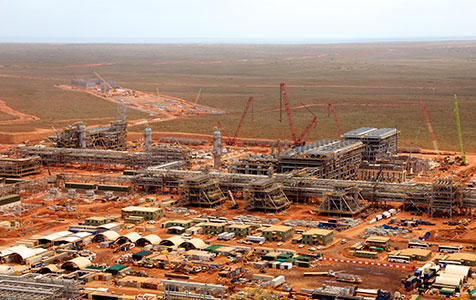 Chevron has announced a second cost increase and further delays to its giant Gorgon gas project, with the budget now set at $US54 billion.

The latest update could be seen as relatively good news, in light of media and industry speculation the cost increase was set to be much larger.

Chevron also insists the project still stacks up commercially, in contrast to the Woodside Petroleum-led Browse joint venture’s decision to shelve the James Price Point gas plant because cost increases had made it unviable.

The latest update, released overnight in the US, comes 12 months after Chevron said the original Gorgon budget of $US37 billion had blown out to $US52 billion.

The US energy giant also revised its project schedule overnight, saying start-up of the liquefied natural gas plant and first gas were both planned for “mid-2015”.

Twelve months ago, it said plant start-up was planned for late-2014, leading to the first LNG cargo in the first quarter of 2015.

That represented a slippage of one quarter from the original schedule.

Chevron said it was committed to and on schedule to supply domestic gas in 2015.

The impact of the latest cost increase in $A terms is ambiguous, with Chevron’s statement saying $US54 billion was equivalent to $A55 billion.

That is based on an exchange rate US98.5 cents, which a Chevron spokesperson said was the average rate that has applied since the final investment decision (FID) on the project.

However, if $US54 billion was converted at the current exchange rate of US90.6 cents, that would equate to a local currency cost of $A59.6 billion.

In its overnight update, Chevron said Gorgon was “almost 75 per cent complete” after four years of construction.

“We continue to make steady progress against key project milestones and are applying lessons learned to our Wheatstone development, which is almost 25 per cent complete.”

The overnight update did not include any revisions to the Wheatstone project, which is budgeted to cost $A29 billion.

Mr Kirkland said about 75 per cent of the combined LNG off-take from the two projects is committed under firm, long-term sales and purchase agreements.

“These LNG developments are two of our most important future legacy assets, representing approximately 400,000 barrels a day of net production at full capacity,” he said.

“They will be substantial contributors to our cash flow for decades to come.”

The LNG plant is being built on a small area at Barrow Island, which is an A-class nature reserve.

Chevron operates Gorgon and has a 47.3 per cent stake, with fellow petroleum majors ExxonMobil and Shell holding 25 per cent.

Gorgon and Wheatstone are among seven giant LNG projects under development in Australia, at a combined cost of about $A200 billion.

Three LNG plants are being built at Gladstone in Queensland, Japanese group Inpex is building an LNG plant at Darwin, and Shell is developing a world-first floating LNG plant for its Prelude development.

Floating LNG is increasingly seen as the way forward for the industry, as the construction is undertaken at low-cost Asian shipyards.

Woodside is evaluating the development of three FLNG vessels for its Browse project, as a replacement for the James Price Point gas plant.