After nine years leading the WA division of UDIA, Debra Goostrey has decided it’s time for some fresh influence. 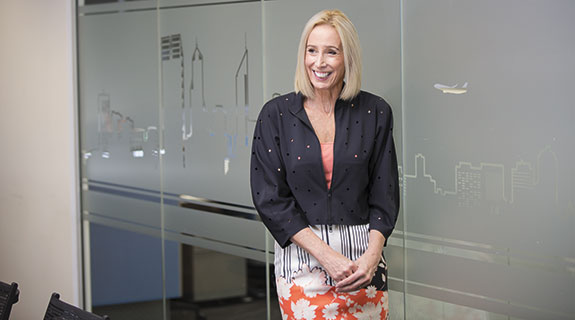 NEW LIFE: Debra Goostrey will remain in the property industry, albeit in a new role with National Lifestyle Villages. Photo: Attila Csaszar

After nine years leading the WA division of UDIA, Debra Goostrey has decided it’s time for some fresh influence.

Sometimes in the property sector it’s the little things that make a big difference in the quest for housing affordability.

At least that’s the view of departing Urban Development Institute of Australia WA chief executive Debra Goostrey, who is moving on to the next phase of her working life after spending her entire career with industry organisations.

And while UDIA has played a prominent role in reforming the planning and approvals process in Western Australia, which has benefited government, the private sector and the community, it’s actually been the small victories that have stuck with Ms Goostrey.

“Some of the things that we’ve done that I’m actually most proud of would actually be boring to your readers.

“They wouldn’t care about what height above a 100-year floodplain a transformer was, but gee it makes a difference in how affordability works and how underground services are delivered.

“The work that goes on behind the scenes to make all of those things work, absolutely influences affordability.

“The big strategic stuff is exciting, the little gains are where you can just keep ticking the items off the list.”

Ms Goostrey said she had been fortunate to have been involved with the UDIA at a time where Perth was experiencing an era of rapid change.

Back in 2007, when Ms Goostrey left trucking industry group Transport Forum to join UDIA, Perth was still known as ‘Dullsville’, and none of the big city-changing projects that now define the WA capital were really on the agenda.

“I can’t claim credit, but I am very happy to have been in some way part of the maturing of Perth.”

The other big change in the property sector, Ms Goostrey said, came after the GFC, when Perth home buyers began accepting alternative forms of housing to the predominant four-bedroom detached dwellings being rolled out in the outer suburbs.

“It was the combination of financial changes and really quite radical social changes, where the younger people who were coming through were now the generation of the sharing economy,” she said.

“They were not necessarily looking for a linear lifestyle where you leave school, you get a job, you get married, you have kids, you buy a house.

“We have zig-zag lives now, and that has radically changed the product that we are putting out there and what people’s expectations are.”

Ms Goostrey is set to join NLV in April, to head up a new division creating apartment-style living for over 45s.

“It’s for people who are still at work, but don’t have children and really want a community environment in an apartment-style arrangement,” Ms Goostrey said.

“Most of them will still have the opportunity to park a caravan, it will have all those facilities that NLV is famous for.

“It’s going to be interesting for me to genuinely drop into the other side of this and have to try and pull projects out of the ground.

“Hopefully this product is something that I believe many people in government will embrace because it’s addressing some of the gaps around the place in terms of the product that we have.”