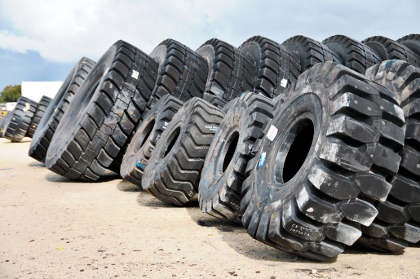 Mining contractor Macmahon has stockpiled used tyres to help it cope with the current short supply.

The long-running shortage of off-road tyres that has frustrated mining contractors looks set to be alleviated, after Goodyear announced the acquisition of Nippon Giant Tyre and a $250 million investment in tyre manufacturing facilities.

Citing Australia as one of the largest markets in the world for its off-road tyres, Goodyear CEO Richard Kramer said the acquisition of Nippon Giant Tyre was part of its strategic move toward targeting the off-road segment.

Goodyear said it wants to increase its market share in the Asia Pacific region and the $250 million investment will be used to upgrade the technology and processes in Nippon Giant Tyre’s existing tyre manufacturing facilities.

The expanded facility is due to be fully operational by 2014.

Goodyear Asia Pacific region president Dan Smytka said “the time is right for us to increase our presence in OTR in the Asia Pacific… [we] will continue to build on the strong momentum accelerated by this expansion”.

Goodyear has been a majority shareholder of Nippon Giant Tyre since 1985 and has now bought the remaining shares from joint venture partners Toyo Tire & Rubber Company and Mitsubishi Corporation.

OTR tyre shortages have been a pressing issue in the mining sector for a long time, WA Business News reported on it as early as 2005.