One of Perth’s oldest railway station buildings has been revamped as a pit stop of creative exchange. 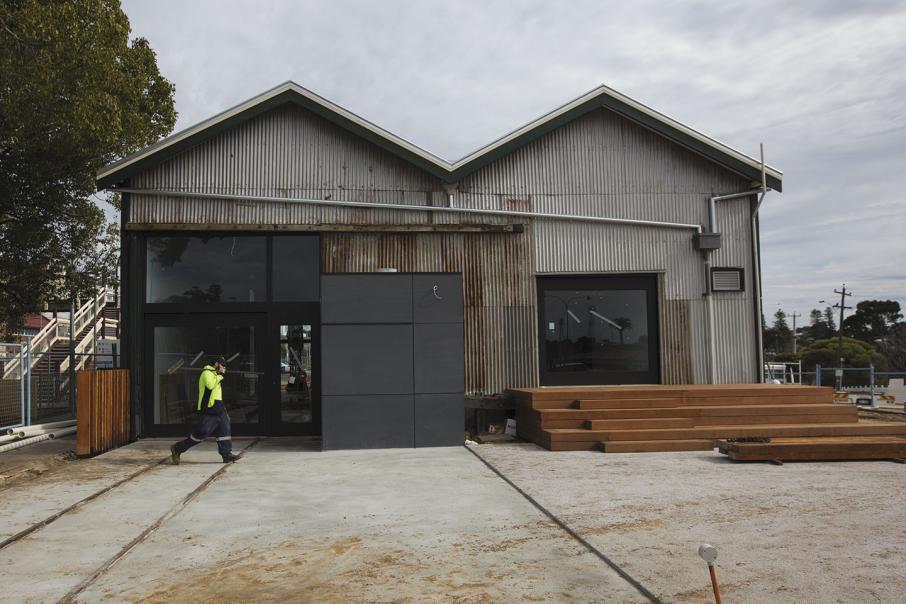 NEW LIFE: The Goods Shed in Claremont opens to the public this month. Photo: Attila Csaszar

One of Perth’s oldest railway station buildings has been revamped as a pit stop of creative exchange.

Not-for-profit organisation FORM will launch a new cultural and community hub in Claremont this week, with the opening of a historic former railway building known as The Goods Shed.

The shed was built at Claremont’s railway station in 1887 as part of Perth’s original rail network from Guildford to Fremantle, and functioned as a distribution and loading point for transported goods across the city.

After being decommissioned as a goods shed, it became a storage unit closed off from the public, until now.

LandCorp acquired the premises from the Public Transport Authority of WA and, as part of its recent Claremont on the Park redevelopment, recognised the potential for the space to become a significant community facility and initiated the restoration process.

Now restored, revamped and repurposed, The Goods Shed will open on August 4.

“If you imagine Perth’s railway network as the original bones of the city we know today, Claremont Station was once one of its most important sockets and joints,” Ms Dorrington told Business News.

“The Goods Shed was a node for incoming and outgoing goods, linking the local with the national, the domestic with overseas, a point of collection, connection, exchange.

“Form’s aims and ambitions are for it to become an international-calibre hub for creative exchange.”

By securing pro-bono support and numerous contributions from the private sector, Form has been able to landscape the surrounding garden, redesign and recondition the internal fit-out, and install a coffee pod to transform the space into Perth’s latest cultural centre.

Despite the structural makeover, Ms Dorrington said Form had decided to keep the name unchanged.

“It’s always been known as The Goods Shed and its railway identity is such an important part of its character,” she said.

“Why change the name? It’s a plain, honest label for a place where we hope good things will happen.”

From its new base in the Station Master’s House just over the railway bridge, Form plans to deliver the goods via a diverse schedule that includes programs from all parts of the world, including the UK, Austria and the Netherlands, as well from across Australia.

“Exhibitions are only a small component of what we intend to deliver,” Ms Dorrington said.

“In the first five months we have several artists-in-residence, a learning program for schools and artists, several artist talks and workshops ranging from calligraphy to making body care products out of natural ingredients.”