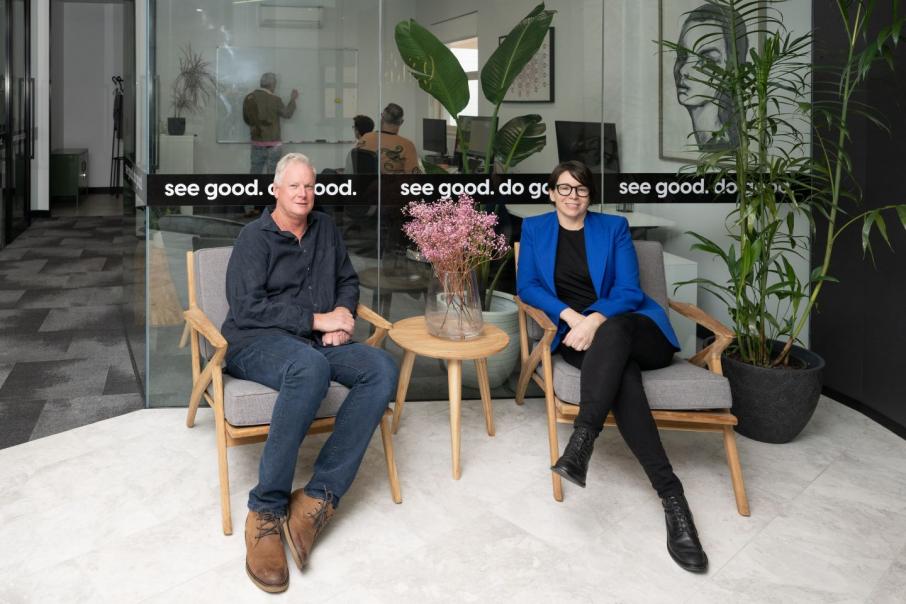 COVID-19 has been blamed for many resignations but in the case of former WA Police deputy commissioner Gary Dreibergs there is a twist.

Mr Dreibergs has left law enforcement to take up a position with genvis, the technology firm that helped him implement the state’s successful pandemic policy.

Founded by chief executive Kirstin Butcher, genvis designed and implemented the G2G Pass border management solution used to manage all travel into Western Australia, and the G2G Now app, which was the direct interface for those in home quarantine.

This suite of technology ultimately allowed more than 150,000 people who travelled to WA to isolate at home rather than face the inconvenience and expense of being locked away in a hotel.

For the past two years, Mr Dreibergs led Operation Tide, the police element of the state’s response to the pandemic and became WA’s vaccine commander.

After this adrenalin-charged period, however, things were going to change.

That meant Mr Dreibergs would likely face a contest for the leadership position with others in the state and from outside, along with the unknown future many senior executives face when they are close to the very top.

Alternatively, the career police officer could change things up, as many across the globe have after the pandemic unleashed a wave of re-evaluating life and work choices.

“If I go back, part of the decision making was I was at a critical juncture in my career,” Mr Dreibergs told Business News.

“My role was changing, there were opportunities in policing.

“I had to start making decisions about that and what I was going to do in that space.

“At the same time, I still had a positive relationship with Kirstin and genvis.”

Mr Dreibergs said he had fulfilled every role available to a police officer who had reached such a senior rank during four decades in what he saw as a seven-days-a-week occupation.

But he was not yet ready to slow down.

“Did I want to do something significantly different and challenging with people I trusted and liked? “It took me a good month or so to decide what I wanted to do.”

In the end, Mr Dreibergs took himself out of contention for the commissioner’s position and resigned.

“I had the choice of applying for the commissioner’s position or joining genvis,” he said.

“I had to make a decision one way or the other.

“I have a good relationship with the state government.

“I wanted to be clear and honest and that’s why I made a decision before the process started.”

Although Premier Mark McGowan credited Mr Dreibergs as being an innovative policeman, the genvis move is still an unusual corporate coupling.

The former top cop joined what was then known as the WA Police Force when he was 16 and has spent 40 years working there.

Ms Butcher is a serial entrepreneur who first came to the attention of Business News in 2004 when she won a 40under40 award for Bookstop, a retail and distribution business that provided hotel guests with a curated collection of paperbacks.

She has subsequently worked in Hong Kong and Jakarta, running startups and incubators, before returning to Perth six years ago.

After a year back in WA, Ms Butcher established genvis as a visual AI company focused on public safety, an area fraught with the complications of using cutting edge technology in a community setting at the behest of conservative law enforcement authorities.

Fledgling startup businesses are not generally expected to be operating in such a field.

However, genvis got some runs on the board with a software that used facial-recognition technology to help police review CCTV footage as part of their investigations, as well as a side venture that created an app to help manage the implementation of orders to prevent family violence.

When COVID struck in March 2022, the police turned to genvis to create a border management system that would work with the unprecedented volumes and social distancing required due to the pandemic.

Mr Dreibergs commissioned the company, asking for a workable product in 10 days, a risky proposition for any software acquirer let alone a government agency dealing with a once-in-a-lifetime crisis.

“It was the deputy commissioner asking me whether I could do it,” Ms Butcher said.

“It shows how entrepreneurial government can be.

Ms Butcher said agreeing to undertake the work came with a lot of responsibility on her side of the arrangement.

“For us it was also a risky endeavour,” she said.

“Our target customer is government departments that work in public safety.

“It was the biggest opportunity we would ever get, especially for the size of the company.

genvis was operating with 10 staff, half of them software engineers, when the G2G app was created.

Two years later it has about 30 staff, with many located outside Perth.

Ms Butcher said Mr Dreibergs would help give customers confidence in the ability for genvis to deliver, not only because of his high rank and experience in a major police agency, but also the outcomes WA’s success in managing the pandemic had delivered to the state.

“Not just his past roles, but to have led WA Police through that and chosen to turn to technology in their efforts to great success.

“That is a massive story.”

Ms Butcher highlights the path that WA took, even with its isolation advantage, was strikingly more successful than most regions that chose to rely on the arrival of a vaccine or even early success stories such as Hong Kong, which opted for a technology strategy aided by lockdowns but failed to vaccinate adequately.

She sees her company as having been central to the state’s ability to deal with COVID before the vaccine rollout was fully implemented but acknowledges knowledge of this is tightly held.

“We are the company you have never heard of that has most impacted people’s lives,” she said.

Mr Dreibergs will head strategic partnerships for genvis as the Leederville-based business gears up to sell its successful public safety platform to authorities in other jurisdictions, including overseas.

For instance, genvis is establishing a presence in Canada where it believes the similarities between the Australian governance, justice and law enforcement structures provide opportunities to grow its market.

It believes its product, Kudo–a configurable people and workflow management platform used to run the G2G suite of products–is capable of being used as the backbone of many other public safety applications.

Its video forensics solution, Zero, has already been applied in WA law enforcement, helping police to automate the analysis of CCTV while on the search for evidence or clues in investigations.

With a rapid response to the pandemic required in the early months of 2020, Mr Dreibergs commissioned genvis on the back of experience dealing with the firm when it developed a family and domestic violence management app.

Mr Dreibergs said he had been impressed by the speed and dexterity genvis had when it came to implementing the G2G suite of applications and believed there were benefits in working with innovative suppliers for authorities like police forces that normally would eschew small companies.

“Obviously there were thousands of iterations later.”

That involvement has given Mr Dreibergs the confidence to flip his role and become an advocate for genvis in the world of law enforcement he had inhabited until this month, as well as providing feedback to the business about the market and the procurement process.

“There is a lot of extra value I can add with my policing background,” Mr Dreibergs said.

“What I learned from COVID, when you talk about getting work done and achieving great outcomes, it is more about strong relationships than leadership.”

He said WA’s success during COVID, in no small part on the back of such technology, would help make dealing with a minnow supplier a lot more palatable for people in senior positions in other jurisdictions.

The maxim that ‘no-one was ever fired for hiring IBM’ is as prevalent in agencies such as police as it is in other government departments and big corporates.

“A lot of it is me talking to people about working with a small company like genvis and talking about the positive outcomes they can deliver,” Mr Dreibergs said.

“Big companies can’t provide the quick turnaround; they don’t have the personal relationships.

“It is totally different way of delivering technology.” 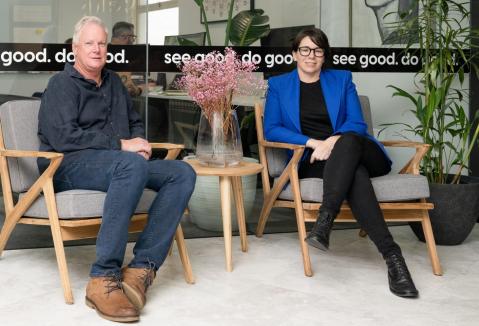 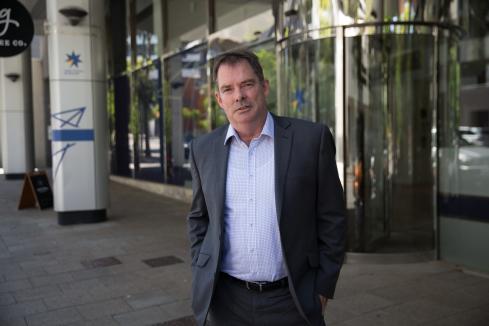