More than $100 million has been raised in recent weeks for onshore oil and gas developments in WA. 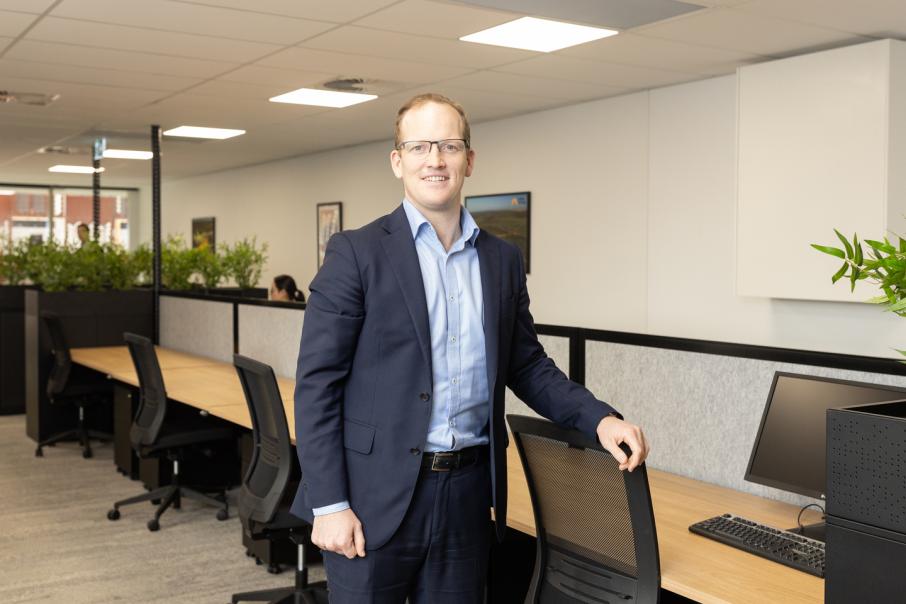 The Canning Basin, which sits across the Pilbara and Kimberley, has been touted as a major oil and gas province for years, although it has remained untapped and largely unexplored.

That may soon change.

Investors have tipped in $100 million to two businesses targeting onshore energy through equity raisings in recent weeks, which could help ignite development both in the Canning Basin and the Mid West.

Those companies are Buru Energy, focused on the Canning Basin, and Strike Energy, in the Perth Basin.

“I’m a geologist and an explorer … trying to find oil and gas by drilling holes in the ground is basically what I do,” Mr Streitberg said.

“The Canning is a great place to do it.

Mr Streitberg believes the Canning Basin is at a similar stage to the Perth Basin in the 1990s, with plenty of untapped potential.

Through Arc Energy, where he was managing director for 10 years, Mr Streitberg was involved in the development of that basin.

He knows hitting a big find up north will require perseverance.

The US Energy Information Agency estimated in 2013 there was at least 225 trillion cubic feet of recoverable gas in the Canning Basin, equivalent to about 20 Scarborough fields.

The big difference between Woodside’s Scarborough and the Canning Basin, however, is that Scarborough has been proved up and is inching toward development.

While Scarborough was an offshore field that had for decades been considered too distant to be economically valuable, the Canning Basin has its own challenges.

Much of the gas is expected to be tight gas, deep below the ground and requiring special stimulation to unlock.

The Canning is between 1,500 and 2,000 kilometres from Perth, which presents a logistical challenge.

Buru operates the existing Ungani oilfield in the basin, which is 50 per cent owned by Roc Oil, and previously had a state agreement with the Western Australian government for a potential long-term LNG development.

The company is mobilising Ensign rig 963 to drill the Currajong 1, Rafael 1 and possibly Ungani 8 wells, with drilling at the first of those to begin in mid-June.

That rig was relocated from the Northern Territory because of a lack of suitable rigs in WA, after years of minimal onshore activity.

The drilling campaign has attracted support from ASX 50 company Origin Energy, which committed $16 million for Currajong and Rafael, $7 million for seismic work, and a further $20 million pending.

Origin took a 50 per cent share of five permits and a 40 per cent stake in two other permits.

In May, Buru completed a $15 million equity raising to help fund drilling, with a further $1 million share-purchase plan (finalised after this story was published in the magazine).

“We lived within our means a long time,” Mr Streitberg said.

“Because I’m a big shareholder I hate raising money, it dilutes everybody, but there comes a time you need to be cautious.

“There was a lot of interest in the capital raise from smaller institutions, which was positive, and our current shareholder base supported us as well.”

As of February 2021, Coogee Chemicals subsidiary Chemco (7.7 per cent) and Birkdale Enterprises (8.1 per cent) were the biggest stakeholders in Buru.

For the latest raising, Mr Streitberg said there had been a reluctance among bigger institutions to increase exposure to oil and gas, which he said was misplaced.

Returns in oil and gas were stronger than most other parts of the energy sector, Mr Streitberg said, although some energy businesses had been late to realise the need to show a clear path to carbon neutrality.

Nonetheless, it highlights the focus of big investors on environmental and social issues.

Mr Streitberg said he hoped Buru could become a bigger employer of the local indigenous community.

“There’s a huge amount of desert. The only real industries are cattle and tourism,” he said.

“I love the Kimberley, it’s a great place, we’re doing our best to bring a bit of economic development without any real impact.”

Buru signed a native title deal for Ungani with the Yawuru, Nyikina Mangala and Karajarri people in 2015, indicating a level of support in the local community.

Recent media reporting criticised Buru’s environmental impact in the Kimberley, particularly the use of seismic lines.

Seismic work is approved by the state government’s Department of Mines, Industry Regulation and Safety, and Business News understands the native flora and fauna recovers from the effect over time.

Aside from Buru, Bennett Resources is planning 20 wells across the Canning Basin, including through fracking, all of which are under environmental assessment.

The biggest onshore development in the pipeline is the expansion of Waitsia in the Perth Basin, which was approved in February.

Beach Energy and Mitsui each hold 50 per cent of the project.

In a recent activities report, Beach told markets Waitsia would cost between $700 million and $800 million, with completion due in the second half of 2023.

Construction is scheduled to start mid-year.

A decision is expected around that time on Strike Energy and Warrego Energy’s West Erregulla project, likely between June and September.

Strike raised $85 million through April and May, while Warrego raised $33 million in October last year.

“The Perth Basin is an excellent place to be ... there’s a lot of high-quality, low-cost conventional gas that’s been discovered and will be discovered in the coming years,” Mr Nicholls told Business News

He said there had been difficulties for gas users securing supply, with demand expected to increase.

Delays and deferments of LNG projects, which are required to send some gas into the domestic market, have constrained supply, Mr Nicholls said, while Waitsia gas would effectively be exported through the North West Shelf Venture in a swap deal.

“Those with access to rigs will see a pretty busy period.”

Strike contracted the Ensign 970 rig in the middle of last year, when the market was softer, and will use it until at least the end of this year.

The rig was drilling at West Erregulla at the time of writing.

The $85 million raising, existing cash, and a debt facility with Macquarie, will help cover the costs.

Once a decision is made on a development at West Erregulla, Strike will be exploring the nearby South Erregulla prospect.

“Geological work has uncovered what we believe is a giant conventional gas fairway,” Mr Nicholls said.

Strike will also be developing Project Haber, a $2.2 billion urea plant that will use the company’s gas production for fertiliser manufacturing.

“Seeing the current speed at which the world is moving to a low-carbon future … it’s difficult to rest on your laurels,” Mr Nicholls said.

“It’s prudent as a chief executive of a gas company to be working on the demand side.”

He said Strike hoped to sanction Haber by the end of 2022.

One of the state’s biggest resources businesses is also eyeing onshore developments.

Mineral Resources claims to be the largest acreage holder in the Perth Basin, with positions also in the Canning and a permit onshore in Carnarvon Basin.

The Chris Ellison-led business has promised at least two wells a year in 2022 and 2023, with possibly four in 2024 pending approval for two of those from partners in the Canning.

That would mean an investment of up to $15 million in Perth Basin and $5 million in the Canning.