Kalgoorlie-based Goldfields Money has named former broker Simon Lyons as its new chief executive, concluding a lengthy board renewal process, which began three years ago when the company listed on the ASX. 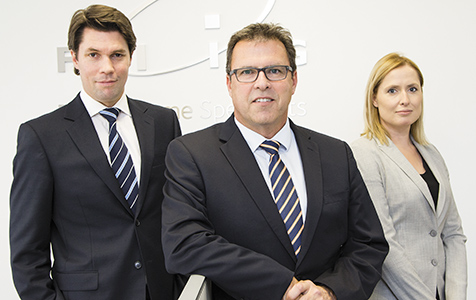 Kalgoorlie-based Goldfields Money has named former broker Simon Lyons as its new chief executive, concluding a lengthy board renewal process, which began three years ago when the company listed on the ASX.

Mr Lyons will take the helm from acting CEO Michael Verkuylen, who filled the role when David Holden’s contract was terminated in September.

Mr Verkuylen is also chief financial officer of the company.

Commencing his role in mid-January, Mr Lyons will receive an annual salary of $300,000 plus incentives.

He has held management positions at several financial services business during the past 20 years, and was most recently the Western Australian director of the Fixed Income Investment Group (FIIG).

Mr Lyons was also a founder of Blackswan Equities, alongside his brother Tim Lyons, which was acquired by Euroz last year.

He was a director of Porter Western when the business was sold to Macquarie Bank in 1999.

He then became the state manager for Macquarie Bank and a division director for the Macquarie Group.

Goldfields Money chairman Peter Wallace said he believed Mr Lyons was the right candidate to lead the company into its next phase of growth.

“Simon is a dynamic executive with twenty years of management experience within the financial services industry identifying market opportunities and building successful businesses,” he said.

“He will bring to Goldfields strong leadership and strategic vision to drive business growth and build our competitive strength.”

Goldfields has been conducting a board renewal plan since it listed in 2012, and recently appointed corporate lawyer Derek La Ferla and former Genworth Financial Mortgage boss Peter Hall as non-executive directors.

In a statement, Goldfields said the appointment of Mr Lyons completed the board rejuvenation process.

“The new board and management team will now work tirelessly to build value for shareholders as quickly as possible,” the company said.