Goldfields gets its mojo back

A strong gold price, and demand for nickel, potash and even potentially iron ore indicate good times are around the corner. 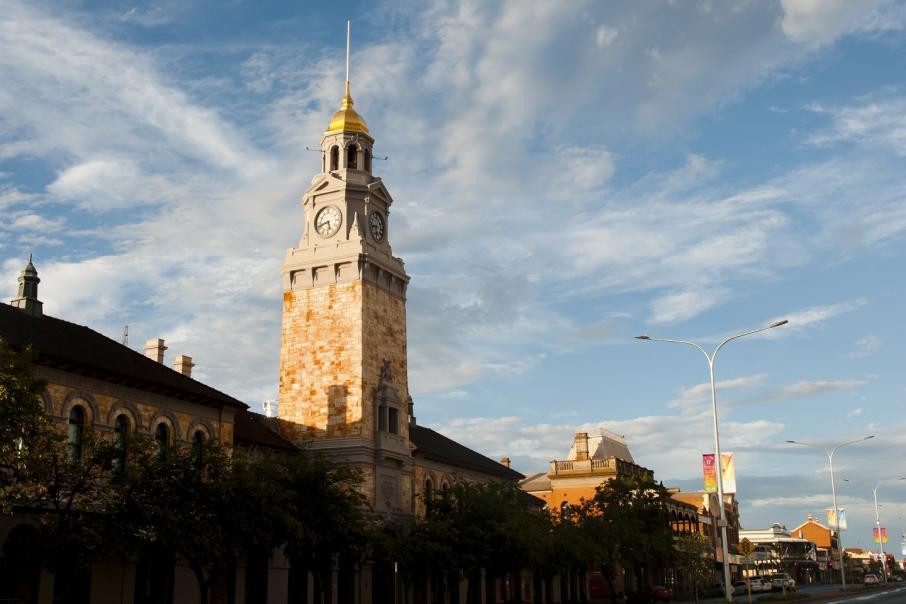 Kalgoorlie has prospered from previous booms and survived the busts. Photo: Stockphoto

There have been more booms and busts in Kalgoorlie than most Australian cities, but what’s happening in the Goldfields today points to a period of growth and opportunity for business and property investors.

The high gold price is a starting point.

The city’s closest and biggest mine, the Fimiston Open Pit (the Superpit), has been given a life extension of at least 15 years, thanks to the expansion plans of new owners, supported by multiple mine developments throughout the region.

And while it’s never wise to try and tip the future gold price, the prospect of long-term ultra-low interest rates (as being planned by the US Federal Reserve) is a major boost to gold, along with the prospect of a continued fall in the value of the US dollar.

Non-believers in gold can’t see it rising much higher than the record of just over $US2,000 an ounce reached last month, but there is a case to support gold at $US2,800/oz because that’s the inflation-adjusted ‘real’ peak of $US813/oz hit as far back as 1980.

Kalgoorlie is not just a gold town.

It has other industries that are creating demand for skilled workers and property.

Until a few years ago, this was a metal of fading importance, thanks to strong competition from cheaper supplies sourced in Indonesia and the Philippines.

But with demand growing for battery-grade metal, there has been a solid response from Australia’s biggest nickel miner and processor, BHP, which recently acquired the long-delayed Honeymoon Well nickel deposit and unveiled plans to turn nickel into one of its future-facing growth assets.

A very modest business for Western Australia because of an early decision to locate the important processing function of the Mt Weld mine in Malaysia, there is a bright future emerging for rare earths with construction starting on a processing plant near Kalgoorlie.

Thanks to Chinese manipulation of the rare earth market and the unique properties of the material, it is possible Kalgoorlie could become a globally important source of the high-value metals in the rare earth family of elements.

It may be oversupplied today and suffering from low prices and project closures, but there is little doubt lithium, once called white petroleum, has a bright future in WA’s Goldfields thanks to extensive deposits and growing demand from the battery industry.

An emerging industry that might struggle to succeed in a market dominated by mining giants in established potash producing regions such as Canada and Russia.

WA’s potash hopefuls should nevertheless have a cost and flexibility advantage.

While producers overseas source potash from deep mines, WA producers are planning to skim their material off the surface of old lakes after the potash and other salts have dried in the sun.

It sounds easy but is yet to be proven commercially viable.

However, if it is, Kalgoorlie will be the service centre of an entirely new business.

There are other potential developments that could further boost the Goldfields, including iron ore from Koolyanobbing, which has burst back to life on the strength of strong Chinese demand for steel and reduced exports from Brazil.

If those conditions continue, there are other iron ore deposits in the region that would be easy to develop.

Uranium is a sleeper in the Goldfields that refuses to fade, with Vimy Resources confident it can develop the long-dormant Mulga Rocks project to the east of Kalgoorlie.

An updated feasibility study has boosted the economics of the project, but clearing financial hurdles is just one of the challenges for the controversial fuel.

The Kalgoorlie property market is starting to react to what’s happening in commodities, with demand for residential accommodation rising rapidly, aided by generous government homebuilding incentives.

A shortage of housing land is reported to have developed, prompting calls for the urgent release of building sites to cope with the expanding workforce in mines and service industries.

Kalgoorlie has been here before, with booms fading almost as soon as they arrive, and history could easily repeat (which is why seasoned observers question the sustainability of today’s growth spurt).

But before a future slowdown, the next few years look like being the best the city has seen since the nickel boom of the late 1960s and the gold boom of the 1980s.

Significantly, and a reason for being confident that the good times might just be starting, is that it’s rare to see both gold and nickel move higher at the same time.

And with new industries such as rare earths emerging, there is an obvious acceleration in demand for goods, services, and skilled workers.