A new festival in the Goldfields aims for long-term tourism opportunities. 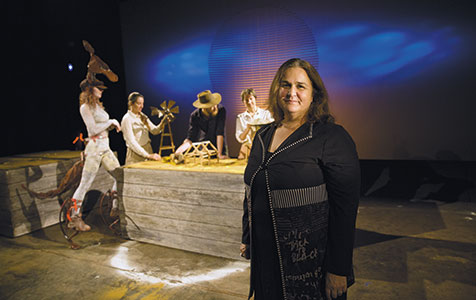 BUY-IN: Jessica Machin hopes the Arts and Edges festival can tie-in with other events in the Goldfields. Photo: Attila Csaszar

The Goldfields capital of Kalgoorlie-Boulder will become the latest regional Western Australian centre to host a major arts and culture event when the inaugural Arts and Edges festival is held this week.

The festival will coincide with this year’s Regional Arts Australia Summit, a biennial conference held in regional towns across the country after a bidding process involving state regional arts bodies.

Country Arts WA this year won the bid to host the conference from October 16 to 19 in the Goldfields and will launch Arts and Edges concurrently.

This model proved successful when Tasmanian Regional Arts staged the conference and presented the Junction Arts Festival as a one-off event annexed to the 2010 event in Launceston.

Junction Arts Festival was then established as an annual event and by its third year had transitioned away from Tasmanian Regional Arts to become an independent not-for-profit organisation.

The Arts and Edges festival will feature song and music workshops, displays of Aboriginal art, dance, photography, and performance among other offerings.

Tourism WA has provided $530,000 over three years to the Goldfields festival through its Regional Events Program, which was introduced in the 2011-12 state budget using $40 million over four years from the Royalties for Regions initiative.

Overall, this year’s four-day event is expected to attract 10,000 visitors and is estimated to cost $1.6 million, with the price tag over next two years expected to be a quarter of this.

The City of Kalgoorlie contributed $100,000 in-kind and cash to the summit, but did not disclose plans to contribute further amounts to the annual festival.

She said the South West did cultural tourism extremely will, because events there enabled visitors to have a full experience.

Other regions have also dovetailed events with the broader tourism experience.

The East Kimberley Ord Valley Muster progressed from a one-night dinner in the outback for local businesses to a 10-day event each May, with its Kimberley Moon Experience alone attracting 5,000 visitors.

The Gascoyne in May series of events attracts up to 7,000 visitors to the region and was another Country Arts WA-supported initiative, until it created its own governance model and it became an incorporated association.

Ms Machin said she envisaged a similar model in the Goldfields, with the festival possibly engaging with other events in the region, although the targets for interstate and international visitors are currently low.

“You’ve got to build it into a significant event before that (national and international tourism) happens,” she said.

Ms Machin said there would be a natural withdrawal of Country Arts WA from the event over time, and ideally within five years the government body would no longer be running Arts and Edges.

“Our measure of success is that we do ourselves out of a job in the long term,” Ms Machin said.

Karratha’s Red Earth Arts Festival runs under a different model, whereby it receives minimal funding from the state government (6 per cent) and instead relies on its partnerships with some of the state’s biggest miners, as well as the City of Karratha.

The Woodside-operated North West Shelf Project has been involved with the festival since its inception, and Rio Tinto has also signed on as a principal partner of the event.

The $515,000 Pilbara festival attracts around 10,000 visitors to the regional event over 10 days in September. 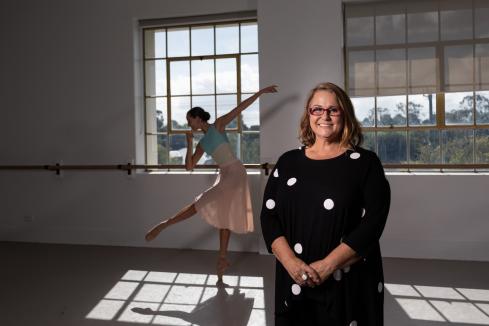 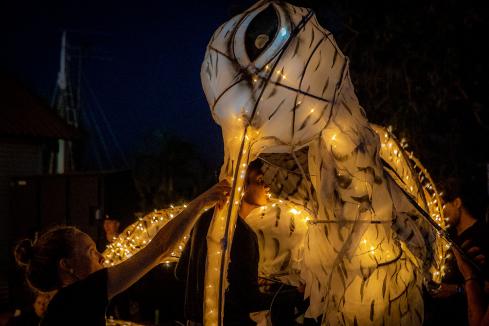