Gold miner Northern Star Resources is taking the opportunity of a general downturn in mining to reduce its costs, while managing director Bill Beament expects there will be great opportunities for small and mid cap companies in the next few years. 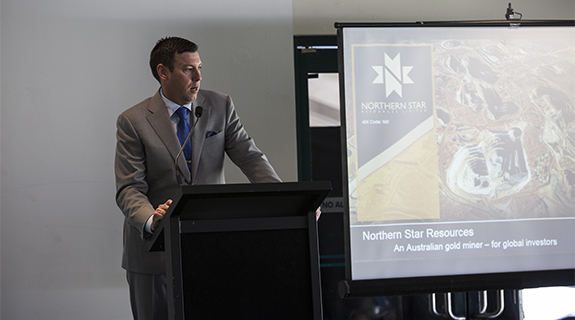 Gold miner Northern Star Resources is taking the opportunity of a general downturn in mining to reduce its costs, while managing director Bill Beament expects there will be great opportunities for small and mid-cap companies in the next few years.

At the company’s annual general meeting today, Mr Beament flagged that about $22 million in cost reductions made through renegotiation of legacy contracts might be followed by further savings in coming months.

The contracts had been inherited during various Northern Star acquisitions, with many concluding at the end of this year.

It was a good time to be reviewing the contracts, he said, with substantial cost pressure across the mining industry.

Lower gas prices were beneficial, too.

Across the industry, Mr Beament expected some of the major players might become less assertive in their decision making in coming years.

“If you look offshore, there’s great assets all across the globe at the moment, including North America, single assets, stranded with no capital and no equity support,” he said.

“Four years ago (they) would’ve been snapped up by the majors.

Mr Beament said that some big players wouldn’t have license for mergers and acquisitions from shareholders.

Exceptions would be Goldcorp and Randgold, he said.

“I think it creates a great opportunity for companies (our) size … that small to mid cap space,” Mr Beament said.

There would be a plethora of opportunities globally, he noted, although for now the company would be focused on organic growth.

Northern Star added 2.7 million ounces of gold to its reserves in the 2015 financial year, at a cost of around $19 per ounce.

Capital expenditure is going ahead at a number of operations to extend mine life, while the company has undertaken a series of drilling drives, he said.