Fives years after unveiling its vision for high-rise apartments at Belmont Park Racecourse, Golden Group will host a groundbreaking ceremony at the site today. 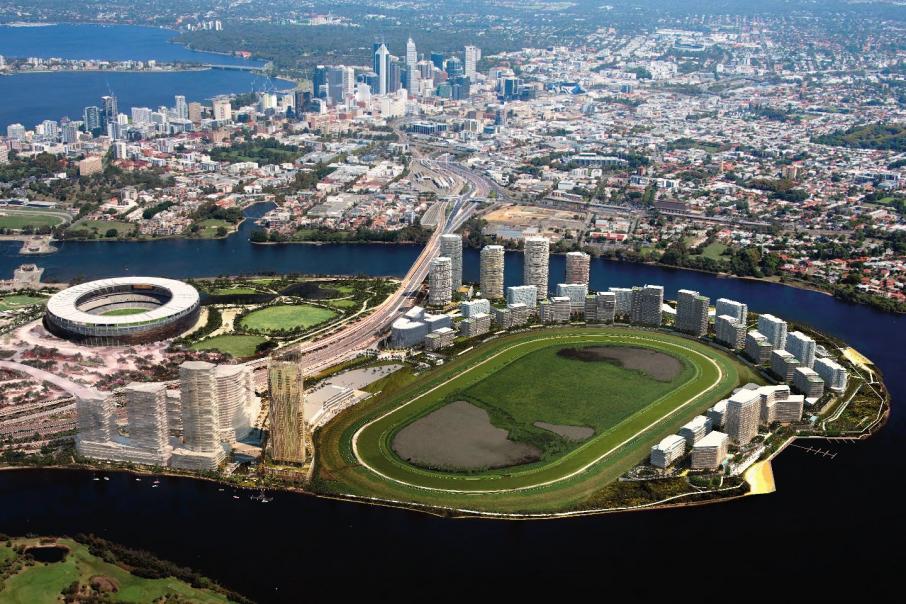 Golden Group’s $3.8 billion plan for Belmont Park includes the creation of 4,500 new dwellings, as well as office and retail space.

Fives years after unveiling its vision for high-rise apartments at Belmont Park Racecourse, Golden Group will host a groundbreaking ceremony at the site today.

A large-scale development at Belmont Park Racecourse has been on the cards since 2007, when Perth Racing flagged a residential and tourism precinct at the racecourse, with property investment and development company Golden Group buying into the project in 2013.

Golden Group’s proposal for a $3.8 billion project will transform the peninsula into 4,500 residential apartments, office space and retail.

The first precinct of the transit-oriented development, which sits directly across from Optus Stadium, will involve the construction of 1,500 new apartments lining the Swan River with 6,000 square metres in supporting retail and 20,000sqm of commercial space.

This morning, Golden Group will be joined by Premier Mark McGowan for the official groundbreaking at the site, with the contract to complete stage one infrastructure of the development currently out to tender.

Golden Group managing director Andrew Sugiaputra said the infrastructure contract would include the creation of the six super lots within the first precinct, road upgrades, bridge works and foreshore development for a private jetty, with the potential for that to be extended out to become a public jetty, as well as a rowing club.

A preferred proponent is expected to be selected by August, and Mr Sugiaputra anticipated time for infrastructure works to take around 15 months.

“Our plan is to build up a connected community,” Mr Sugiaputra told Business News.

“It is almost unheard of to find land like this, being so close to the city (about 3.5 kilometres from the CBD) with beautiful waterfront views.

“And you’ve got the race track in the middle, the train station, the new stadium, Crown Towers … all of the entertainment and event precincts right next door.” 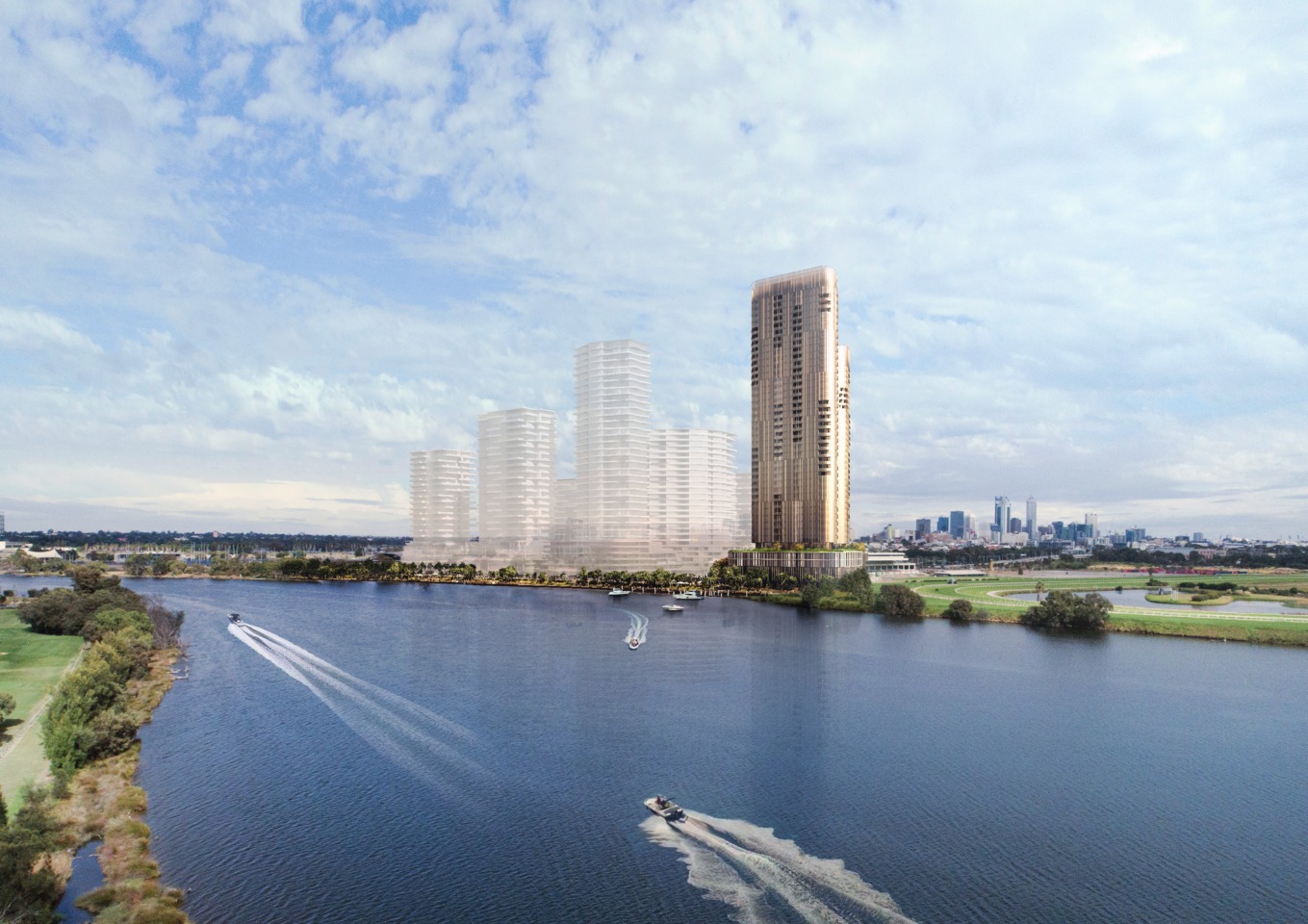 Mr Sugiaputra said Golden Group had spent some time behind the scenes engaging consultants for input on how to roll out the master planned community, which has been designed and modelled off inner-city waterfront developments from around the world.

Golden Group planned to develop the entire precinct in stages.

“Currently we have no plans whatsoever to sell any of the lots,” Mr Sugiaputra said.

“It’s quite imperative that we retain control whilst we are releasing future stages so that the vision can be realised.

“What can happen when there’s a masterplan of this scale, is when you start to sell off bits of your land you can try to put a covenant in terms of what the next developer should build but that tends to be watered down quite a lot and the real vision and original intent can’t really be achieved.

“The local and connected community will be architecturally designed to fit the needs of different demographics including families, and we will be targeting a five-star Green Star Communities rating.

“As well as all the advantages that come with being connected to the city, river and events precinct, Belmont Park residents have access to outdoor play spaces, a high-quality parkland setting, and easy access to great recreation, cafes, a grocery store and child care facilities.

“This is the next level for Perth urban living.”

Mr Sugiaputra said Golden Group had plans to launch the project in 2015, but decided to delay commencement due to the market at that time.

“I always tell people I think we’re at the bottom … there’s only one way to go from there,” he said.

“I’m very positive in the outlook of the WA economy and the property market in general.

“With the current state government’s focus on spending on infrastructure and Metronet, that provides a boost in confidence for developers and I think my peers are optimistic as well in terms of the market than 12 months ago.” 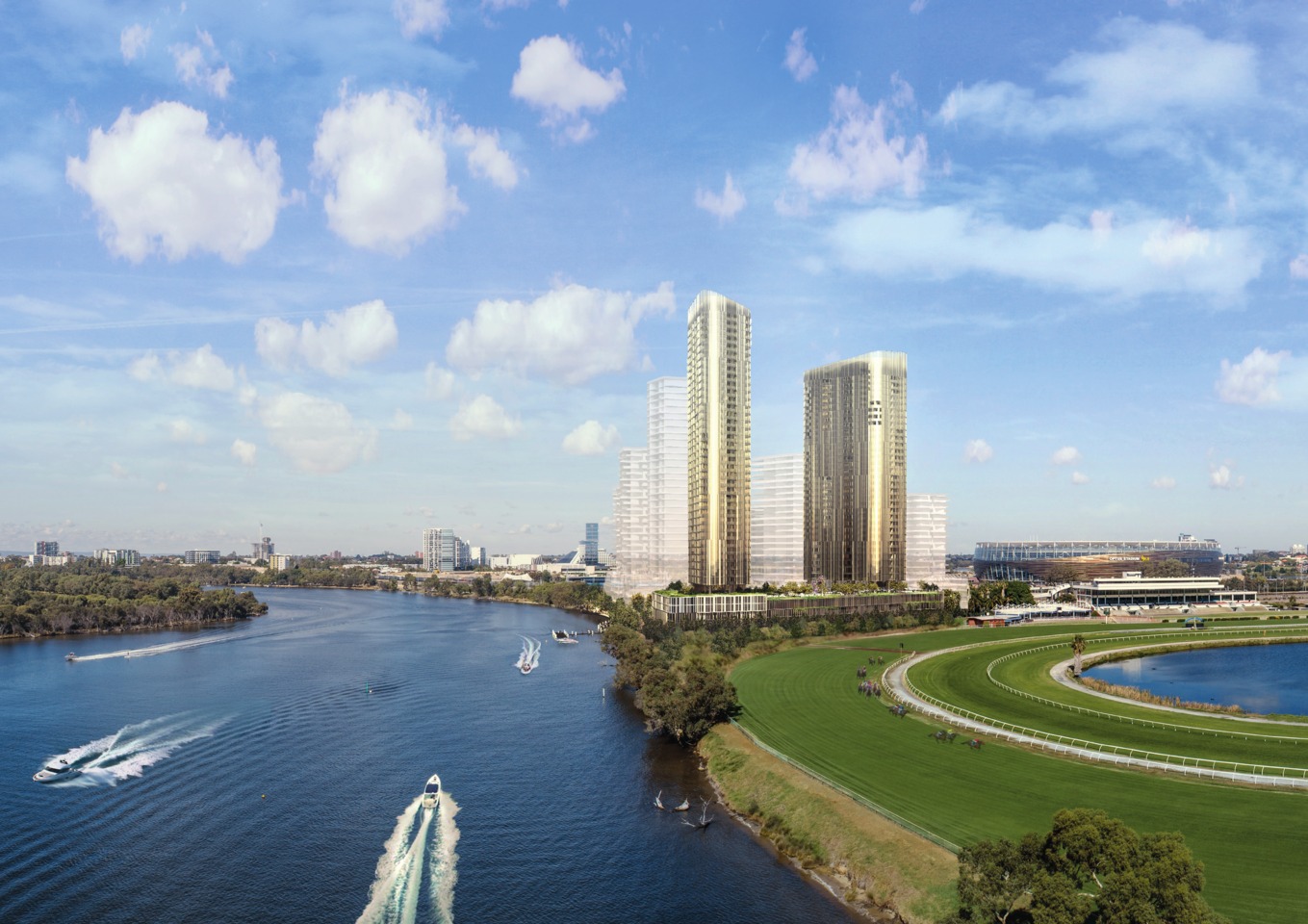 Golden Group is currently working on the development approval for the first two towers, which represent about 450 units and were designed by HASSELL.

Mr Sugiaputra said he was hopeful of receiving the green light by the end of the year, anticipating project launch first quarter next year.

The entire project is expected to inject more than $10 billion into the economy and generate 25,700 jobs in WA.