SPECIAL REPORT: The dramatic rise and fall of iron ore producers and the recent surge in gold and lithium stocks have been highlighted by a historic review of WA’s major listed companies. 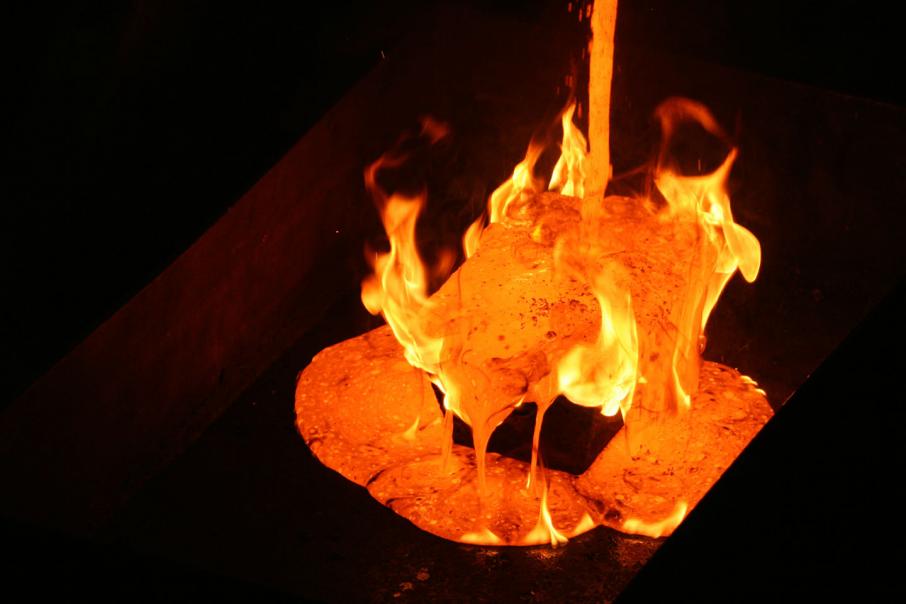 The dramatic rise and fall of iron ore producers and the recent surge in gold and lithium stocks have been highlighted by a historic review of WA’s major listed companies.

WHEN Business News started its annual shareholder return survey in 2003, companies such as Foodland, Futuris, Bristile and Chemeq were among the leading stocks in Western Australia.

Sons of Gwalia was the biggest gold miner and Portman the biggest iron ore miner (among Perth-headquartered companies).

Thirteen years on, all of those companies have either been taken over or collapsed; in their place have emerged companies that either didn’t exist a decade ago, or were a fraction of their current size.

The accompanying table shows how dramatically the profile of business in WA has changed over this period. 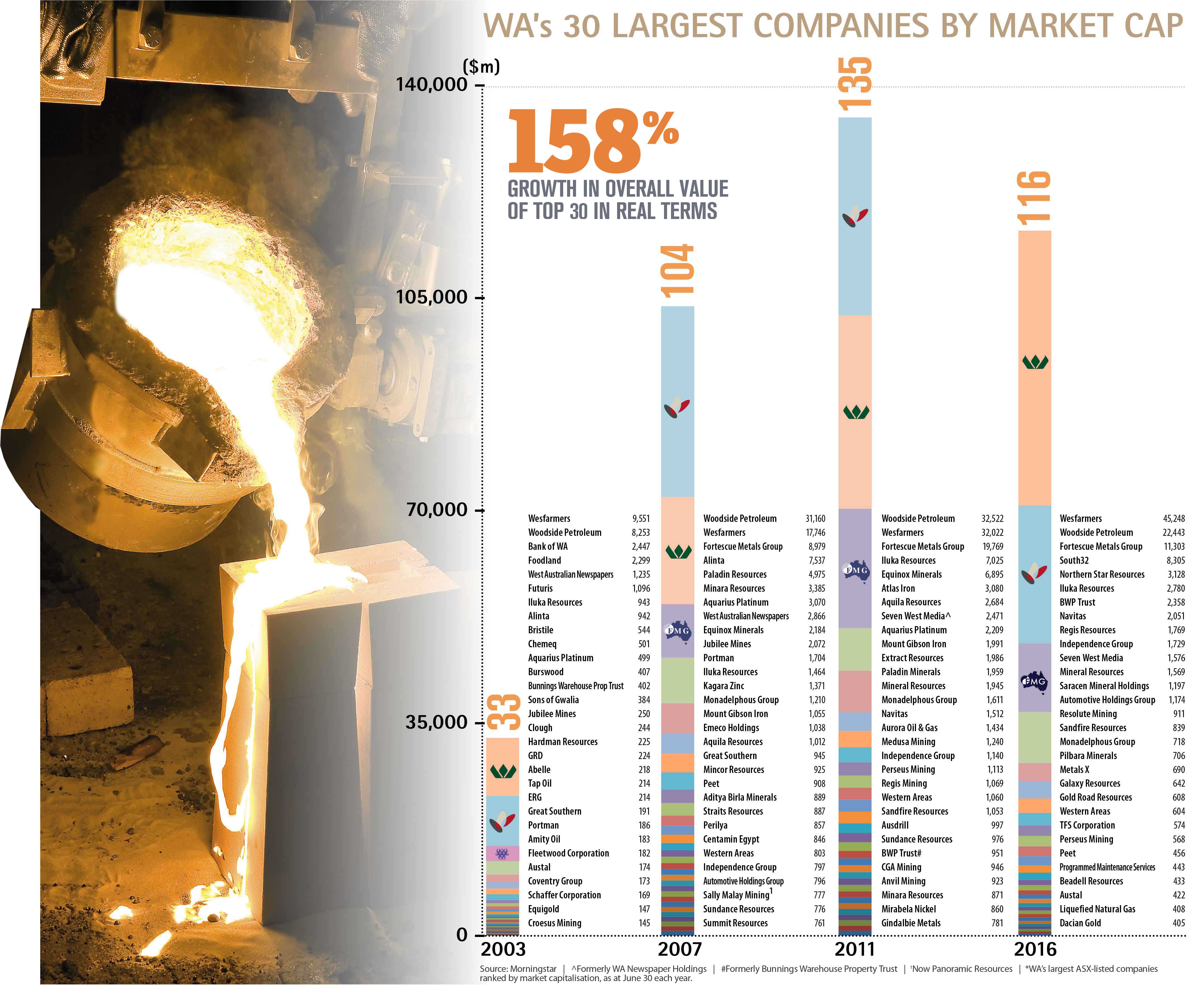 A decade ago there was only one gold miner on the list – Centamin Egypt.

In 2016, the gold miners are led by Northern Star Resources, which has emerged rapidly over the past few years and is worth more than $3 billion.

The top-30 list also includes two lithium stocks – Pilbara Minerals and Galaxy Resources – whose fortunes have been boosted by the emergence of battery powered motor vehicles.

Mining companies comprise 18 of the top 30 stocks, which highlights the continued importance of this sector in WA.

More significantly, the profile of those companies has changed profoundly.

Iron ore stocks were at or close to their peak in 2011, when investors keenly sought companies such as Atlas Iron, Aquila Resources, Mount Gibson Iron, and Sundance Resources.

Only five companies have stayed in the top-30 list through the entire period.

Wesfarmers was the state’s biggest company in 2003 and is still there today, with a market value of $45 billion.

In the intervening period, there were many years when Woodside Petroleum pipped Wesfarmers as the state’s largest company, but it’s now back at number two, with a market value about half that of the diversified conglomerate.

Mineral sands miner Iluka Resources, property investor BWP Trust, and Seven West Media (formerly West Australian Newspapers Holdings) are the only other companies to have stayed on the list throughout.

Iron ore miner Fortescue Metals Group was little more than a glimmer in Andrew Forrest’s eyes back in 2003, but for most of the past decade it has been ranked as the state’s third largest company.

For a period in 2008, Fortescue was actually WA’s number two company; at that time, it had a bigger market value than Wesfarmers, which was weighed down by large debts after its Coles Group takeover.

Several companies have dropped off the list for a variety of reasons.

A relatively small number has collapsed – these include the likes of Chemeq, Sons of Gwalia, Great Southern and Kagara Zinc.

Many have been taken over and absorbed into larger companies – Foodland, Burswood, Jubilee Mines, Hardman Resources, Portman, Equinox Minerals, and Aurora Oil & Gas.

Others have changed ownership but continue to trade under the same name.

While the gold and lithium booms have delivered big returns for investors over recent times, it’s notable that the combined value of WA’s top 30 stocks has waned markedly – from $135 billion in 2011 to $116 billion this year.

Companies such as Woodside, Fortescue and Iluka account for a big part of this decline.

Another big contributor is the disappearance or decline of many boom-time stocks.

Equinox Minerals, Aquila Resources, Extract Resources, and Aurora Oil & Gas have all been taken over, delivering great returns for investors who bought in early.

More worrying for investors has been the collapsing value of companies such as Atlas Iron, Mount Gibson Iron, uranium miner Paladin Energy, and Aquarius Platinum (which was bought this year for a fraction of its peak value).

The dramatic rise and fall of these stocks should serve as a note of caution for investors riding the current gold and lithium surge.