The gold sector has continued to be positive for investors and stockbrokers, with a $12.5 million capital raising announced today by West African Resources adding to more than $150 million worth of deals launched by Western Australian companies this year. 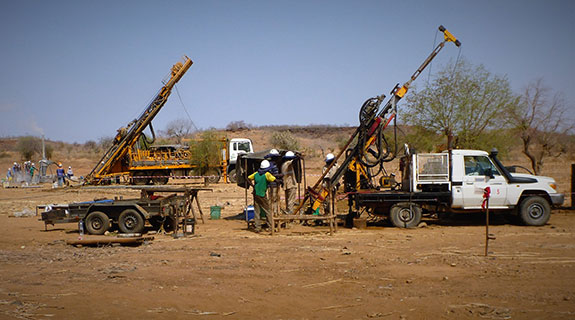 West African Resources is exploring for gold in Africa.

The gold sector has continued to be positive for investors and stockbrokers, with a $12.5 million capital raising announced today by West African Resources adding to more than $150 million worth of deals launched by Western Australian companies this year.

Hartleys has brokered about a third of all capital raisings by WA-based companies so far this calendar year, according to the BNiQ search engine, with West African’s placement marking the firm's 11th deal for a grand total of $110.3 million.

Most of those 11 companies are gold-focused, including Beadell Resources, Eastern Goldfields, Cardinal Resources and Danakali.

Today, Subiaco-based West African raised $12.5 million through the placement of 100 million shares at 12.5 cents each to international and domestic investors, with an unnamed North American precious metals investor buying a third of the shares on offer.

The new North American investor will emerge with a 7.8 per cent shareholding in West African following completion of the raising.

The funds raised will be put towards further drilling programs at its Tanlouka gold project in Burkina Faso, along with a definitive feasibility study on a planned large-scale carbon in leach (CIL) development.

“West African is at an exciting stage, with the significant upgrading of our Tanlouka project following the recent discovery of high grade gold mineralisation at M1,” West African managing director Richard Hyde said in a statement.

“The M1 area provides access to high-grade, shallow gold mineralisation, which is expected to greatly enhance project economics when combined with the predominantly oxide mineralisation from M5 deposit.

“The impact of the inclusion of the M1 mineralisation into a study mine plan will now be rapidly assessed, with a definitive feasibility study commencing immediately to assess a CIL development case at Tanlouka.

“I am very pleased to welcome new institutional shareholders to the company, and thank our existing shareholders that participated in the capital raising for their continued support.”