Gold miners to feel the heat

The latest numbers from Western Australia’s listed gold miners show they remain under pressure from rising costs and a falling global gold price, with some local producers concerned that changes to the state’s royalty system might erode margins beyond break-even. 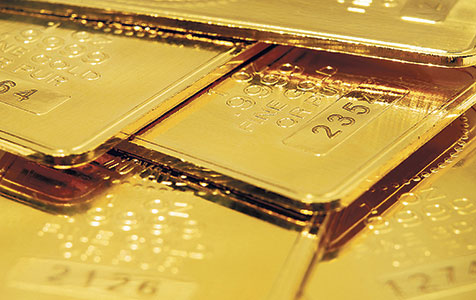 The latest numbers from Western Australia’s listed gold miners show they remain under pressure from rising costs and a falling global gold price, with some local producers concerned that changes to the state’s royalty system might erode margins beyond break-even.

All-in sustaining costs are a recently adopted measure by many gold miners to include all costs related to sustaining production.

The numbers tell the story as miners battle to rein in costs despite an upward long-term trend.

Saracen Mineral Holdings tops the list with all-in sustaining costs for all operations at $1,448 per ounce for the three months ending September 30, a drop of around 16 per cent from its June quarter performance, due to increased gold production.

The company was bullish, reporting it was on track to reduce those costs to around $1,150/oz for the full year.

Evolution Mining said its costs had fallen almost 16 per cent at Edna May, near Westonia, due to changes to ore treatment and by-product credits, while Millennium Minerals reduced costs by 8 per cent.

Doray Minerals’ Andy Well project, however, was heading in the opposite direction, with all-in sustaining costs of $1,384/oz in the September quarter compared with the $1,044/oz average for the entire 2014 financial year, although it had dropped to $1092/oz in October.

“Across the world and particularly in WA, the grades of the gold that are being mined are dropping, so typically here now (it is) 1-2 grams per tonne,” he said. “Operating costs are increasing across the board for mining companies and that’s having a significant impact on their margins, particularly as prices come back down as well.

“We’ve already seen some of the more marginal players and some of the explorers dropping by the wayside.”

“If you elect to do that (increase gold royalties) it’ll be short term gain for immediate pain and long, long term pain,” he said.

Mr Davis said the job for miners would be to find the next Tropicana (which has a production forecast for 2014 up to 528,000 oz).

In positive news for the industry, Northern Star Resources announced last week that it had made a high-grade discovery underneath a previous open pit mine near its Kanowna Belle operation.

Similarly, the fall in the Australian dollar, which buys 84 US cents at the time of writing, will provide a substantial boost to returns for local producers.

Yet the impact of a change to royalty rates could still be substantial.

Mr Judkins said Deloitte had modelled a doubling of the gold royalty rate, and the impact would be close to a $240 million fall in Gross State Product in 2016-17.

Exports would fall by around $200 million.

The rate for gold royalties is 2.5 per cent of sale value, while iron ore is levied at 7.5 per cent.

The royalty is intended to reflect 10 per cent of the commodity’s value at the mine head, but gold requires substantially more treatment and processing before it is sold.

There is no transaction that takes place immediately at extraction, and so the government must estimate that value using the sale price, meaning the two finished products are levied at different rates.