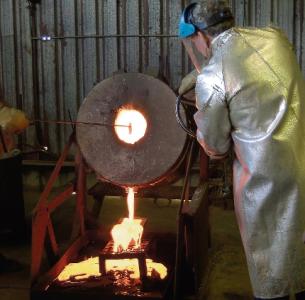 Gold miners Norseman Gold and Apex Minerals have announced fundraising plans collectively worth around $23 million as the companies seek to ramp up production at their Western Australian operations.

Norseman announced a $20 million capital raising plan today, to repay its debts and advance exploration programs at its namesake gold operation in the eastern goldfields.

The company announced that its major shaerholder, Tulla Gold, had agreed to underwrite the entire placement, priced at 4 cents per share, for $12 million cash and $8 million in converted debt.

The company said the fundraising would help it achieve its objective of 17,000 ounces of gold  produced in the first quarter of 2013.

The proceeds from the placement will be used to provide additional working capital as it seeks to increase production for the September quarter to between 15,000 and 17,000 ounces of gold.

Norseman Gold stocks last traded at 5.2 cents before entering a trading halt earlier today, while Apex shares were down 4.3 per cent, at 11 cents.