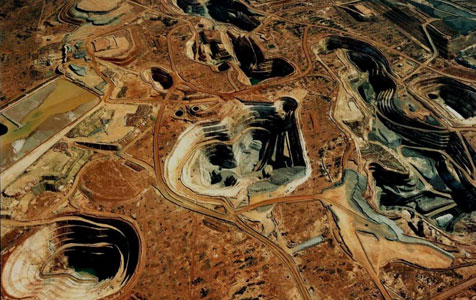 It declared a final dividend of 3 cents per share, with its full-year payout rising to 5 cents, fully franked.

Northern Star ended the year with no debt, and with earnings before interest, tax, depreciation and amortisation up 220 per cent to $333.1 million.

In light of the results, the company has also announced that it will increase its investment in exploration drilling and mine development to $74 million.

“We completed three major acquisitions over the past 18 months, repaid all the debt used to fund them, invested $50 million in exploration and increased the year’s dividend payout by 43 per cent,” Mr Beament said.

“At the same time, we have adopted a prudent and cautious approach to capital management, keeping and building upon a healthy cash balance that is appropriate for a company of our size.”

Evolution, which has seven mining operations across Australia, including Edna May and the recently purchase La Mancha in WA, is forecasting group production in FY16 of 730,000oz to 810,000oz of gold

It declared a final dividend of 1 cent per share, unfranked.

“Our continued focus on driving down costs through efficiency and productivity initiatives has clearly generated a very positive outcome for our business and we now have a globally competitive cost-base by any measure,” chairman Jake Klein said.

Meanwhile, Saracen has reported an 86 per cent increase in net profit to $11.1 million for the year, with revenue up by 18 per cent to $249.9 million.

The company was debt-free at June 30, with $44.9 million in cash-at-bank, however, it did not declare a dividend payout.

“The strong cash generation by out WA gold operations during the year has enabled us to repay all of our debt while at the same time funding mine development and a significant exploration campaign,” Mr Finlayson said.

“The continuing strong performance of the Carosue Dam operations will generate significant cashflows in FY 16, allowing the Thunderbox development to be funded through internal sources.”