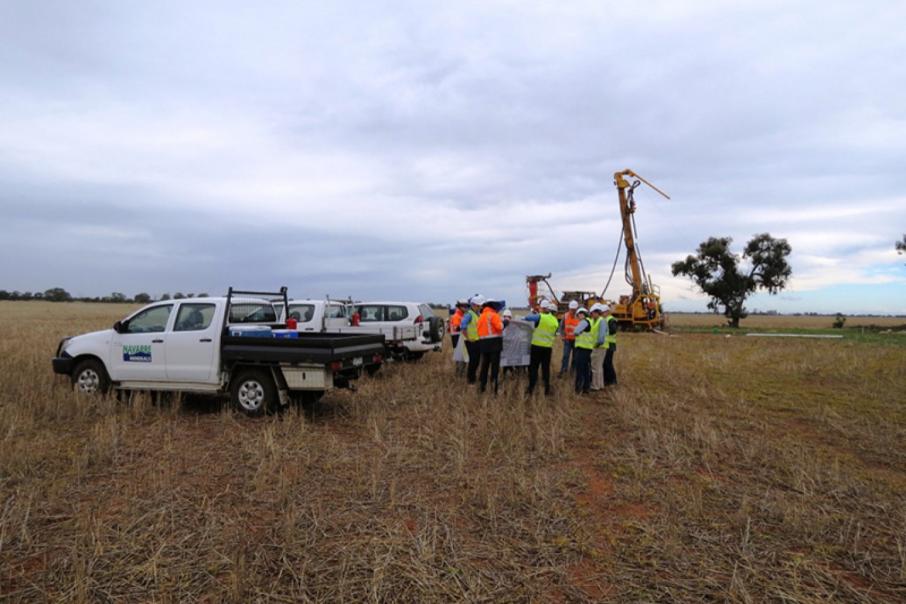 Navarre will use the proceeds raised to intensify a planned drill program at the company's gold projects in NSW. Photo: Navarre

Gateway Mining says it will use $7 million raised to expand its maiden mineral resource estimate for the Gidgee gold project, in WA’s Murchison region.

The proceeds will go towards an upcoming drill program, focused on several high-priority targets, including a follow up of drill intersections at the Whistler South, Achilles and Caledonian North prospects.

Managing director Peter Langworthy said the strongly supported placement was one of the most important for the company.

"[The raising puts] Gateway in an outstanding position to fast-track exploration and resource growth programs at Gidgee at an opportune time in the Australian gold sector,” he said.

“The placement, together with existing cash reserves and a potential share purchase plan the company is also currently preparing will ensure that we can give the Gidgee project the sort of systematic exploration focus and attention it deserves over the next two years."

Gateway will issue 437.5 million shares priced at 1.6 cents each, with the company’s largest shareholder, Perth-based Kerry Harmanis, to subscribe for $1 million under the placement, led by Canaccord Genuity.

Gateway says it will also seek up to a further $2 million from a share purchase plan.

Meanwhile, Navarre Minerals will use the funds raised from an $8 million placement to accelerate diamond drilling at its Stawell Corridor gold project, focused primarily on the Resolution Lode prospect, as well as undertake the first diamond drill program at its recently acquired Jubilee gold project.

The company was targeting a potential maiden mineral resource for Resolution Lode in the first quarter of fiscal 2021, he said.

Mr McDermott said Navarre was now well funded, with $13 million in cash to go towards drilling.

The company will issue 64 million shares priced at 12.5 cents each, with Hartleys acting as lead manager to the placement.

Navarre's shares closed down 12.9 per cent to trade at 14 cents.