The past year has marked a period of major change at many of WA’s gold producers in terms of personnel and pay. 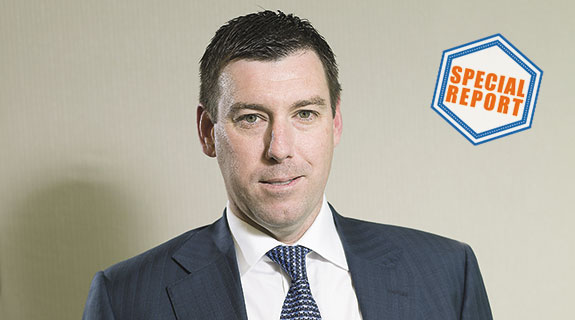 The past year has marked a period of major change at many of WA’s gold producers in terms of personnel and pay.

The archetypal gold mining chief executive in Western Australia is paid a base salary of $550,000 and holds a swag of shares or options, a survey by Business News has found.

The survey of 17 gold producers, mostly based in Perth, showed big movements over the past year in both salaries and people (see table).

Eight of these companies have appointed a new chief executive in the past 12 months, and several others have amended their remuneration practices.

The largest change was the big pay rise awarded last year to Northern Star Resources managing director Bill Beament, whose base salary jumped 46 per cent to $725,000.

This was attributed to the substantial growth in the company’s size and performance, which has lifted it to become the third-largest gold producer in WA.

The relatively healthy state of the gold sector was reflected in the number of chief executives who qualified for cash bonuses. 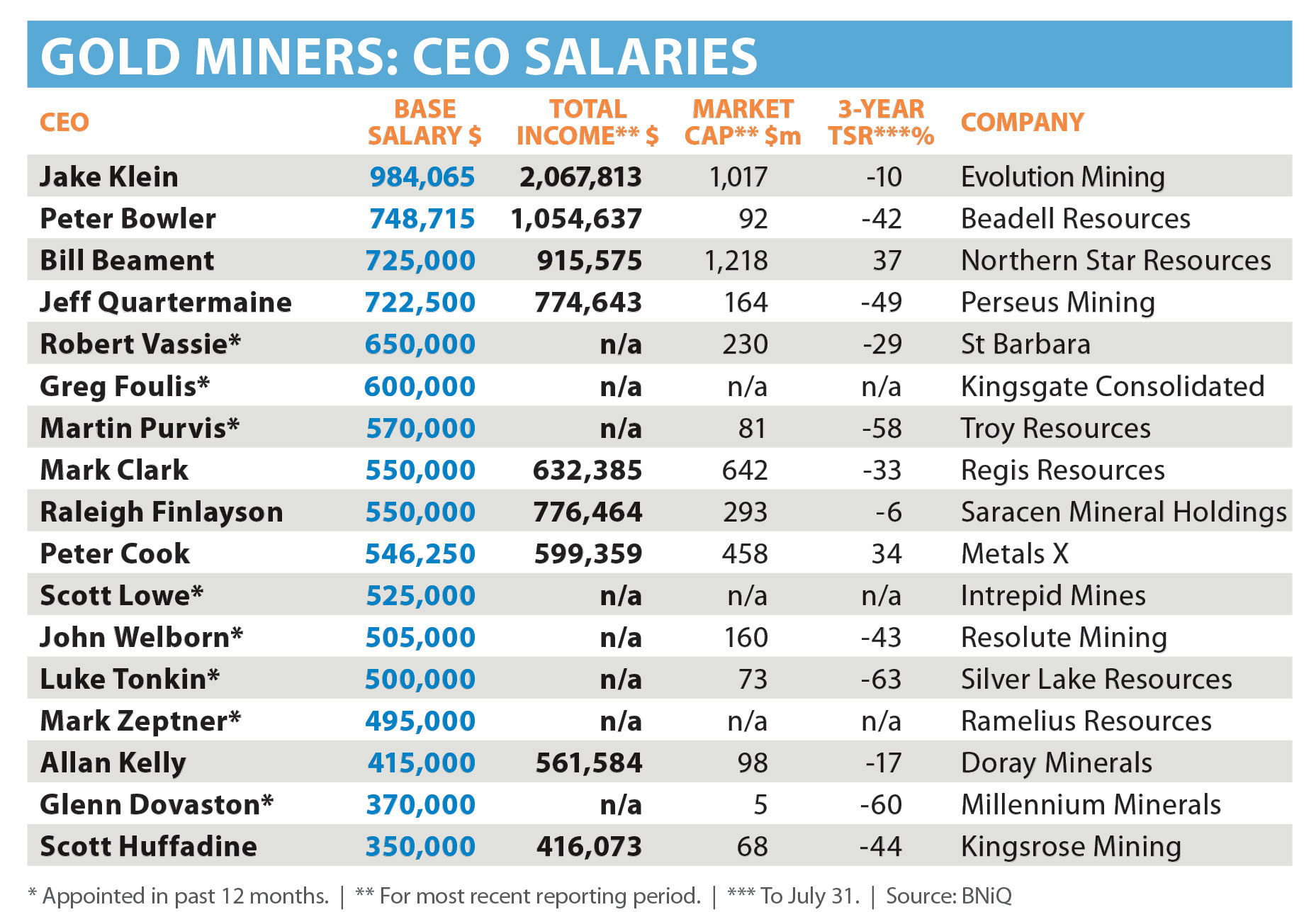 For many boards, setting the chief executive’s salary is fairly straightforward; designing an appropriate incentive scheme is often more challenging.

Saracen released the details of its chief executive incentive scheme earlier this year.

It involves the awarding of 10 million performance rights to Mr Finlayson, with three tranches subject to vesting conditions.

The first tranche vests when Saracen achieves first gold production at its Thunderbox mine, where development has just begun.

The next two tranches vest if Saracen’s total shareholder return is in the top 50 per cent of its peer companies, which, with a couple of exceptions, are the same companies in the table.

“I have canvassed a range of shareholders regarding these performance rights and that shareholder feedback is reflected in the quantum, structure and vesting conditions of the proposed issue,” he said.

Mr Clifford also noted that Mr Finlayson had personally bought his current holding of about 1.1 million shares, signalling his commitment to the company.

Among the new appointees in the WA gold sector is John Welborn, who remains focused on Africa but has shifted from an iron ore hopeful to a gold miner.

Resolute Mining will pay him a base salary of $505,000, a handy 25 per cent increase from what he was paid at Equatorial Resources.

Sydney-based Intrepid Mines is paying a similar base salary of $525,000 to its new chief executive, Scott Lowe.

It’s not a big move for Mr Lowe, who was the company’s former chief executive and had been serving on the Intrepid board as an executive director before taking the new role.

His package includes an unusual element – a retention bonus equivalent to one year’s base salary, payable in January 2017.

While many junior explorers have been forced to cut executive salaries and directors’ fees (and jobs) to cope with current market conditions, companies heading toward production are faring better.

Mr Dixon will be paid $300,000 per annum, putting him roughly on par with Pacific Nuigini Minerals managing director Paul Cmrlec ($291,000), who is overseeing the Nicolsons mine development.

Like most mining sector chief executives, the blue sky for these people comes from the ability to earn equity in the business.