Going geothermal, from hydrocarbons to heat

Some smaller energy players in WA are racing to change the game with geothermal. 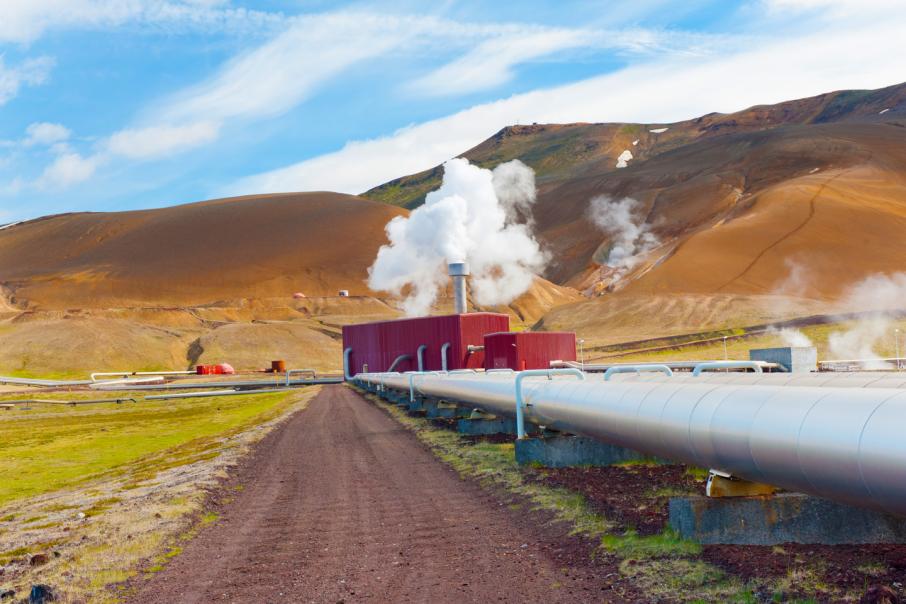 The second most abundant energy source is right beneath our feet: geothermal energy.

When produced in binary plants, it releases almost no emissions, is relatively inexpensive (it can be as much as 80 per cent cheaper than fossil fuels) and, unlike solar and wind, it’s available all day, every day of the year.

The earth’s crust is an incredible insulator which cocoons this inexhaustible energy source at the earth’s core at 6,000 degrees Celsius.

However, we don’t have to dig very deep to supply Australia’s entire energy requirements; it’s estimated that just 1 per cent of the geothermal energy shallower than five kilometres and hotter than 150 degrees Celsius would do the job for 26,000 years.

While there are more than 500 geothermal power plants powering millions of homes around the world, geothermal energy still lags wind and solar, and remains comparatively untapped.

It’s all about the conditions.

For example, Iceland has the perfect combination of hot rocks, pore space in the rocks, and water filling those pores.

This makes geothermal energy abundant and easy to harvest.

In East Africa’s Great Rift Valley, tectonic plates are gradually inching apart (a process that will take millions of years), creating breaks in the earth’s crust.

These fissures form hot springs, geysers or steaming geothermal vents, bringing the heat up very close to the surface and making it prime for exploitation.

In fact, 38 per cent of Kenya’s energy demand is powered by geothermal steam.

However, these types of conditions occur naturally in very few parts of the world.

By repurposing high pressure and directional drilling technologies that were intended for offshore oil and gas exploration, we can fracture rock and carve pore space, imitating nature and achieving powerful outcomes.

There are varied systems used for harvesting the heat.

Closed-loop systems are a burgeoning area of innovation.

Essentially, a reservoir is created underground and it’s drilled in a loop, much like a radiator embedded into the rock.

In terms of the most optimal fluid to pass through the giant rock-radiator, it’s surprising to learn that the biggest climate problem may now become the magic pill.

Using the closed-loop systems, carbon dioxide is optimised to heat up faster than water and at lower temperatures than water.

It’s proving to be a preferred substance for collecting geothermal power.

There are the three types of geothermal power plants: dry steam, flash, and binary.

According to National Geographic, binary plants are what we are most likely to see in the future.

In this type of plant, water is mixed with a secondary fluid, which has a lower boiling point than water.

The secondary fluid becomes vapour, which is then run through a turbine to produce electricity.

Geothermal energy is generated in more than 20 countries, with the US being the largest producer.

Turning up the heat

There’s a lot of discussion centred on how to produce geothermal energy at scale and meet the world’s energy demands.

So how can we pivot from hydrocarbons to heat?

The oil and gas industry has about 200 years of technology and innovation behind it and has an active workforce of highly skilled people.

There is existing know-how on exploring, drilling, and producing a sub-surface energy source.

It feels like an obvious switch and would undoubtedly have a remarkable impact on the environment.

Nothing comes without challenges, and of course geothermal energy is no exception.

There are concerns around the disposal of geothermal fluids, which could possibly contain small amounts of toxic materials, and it’s believed that specific locations could cool down many, many years down the track.

However, the main concern is the release of a gas that smells like rotten eggs: hydrogen sulfide.

While there is currently no commercial production of geothermal energy in Australia, there are many startups and companies in advanced development, testing and exploration phases, such as Western Australia’s Strike Energy, all in the race to change the energy game.

Last one in is a rotten egg.