The emissions reduction policy proposed by the Environmental Protection Authority in March was misaligned with the Paris Agreement, would lead to lower abatements for a given cost, and potentially even send emissions overseas, according to Woodside Petroleum. 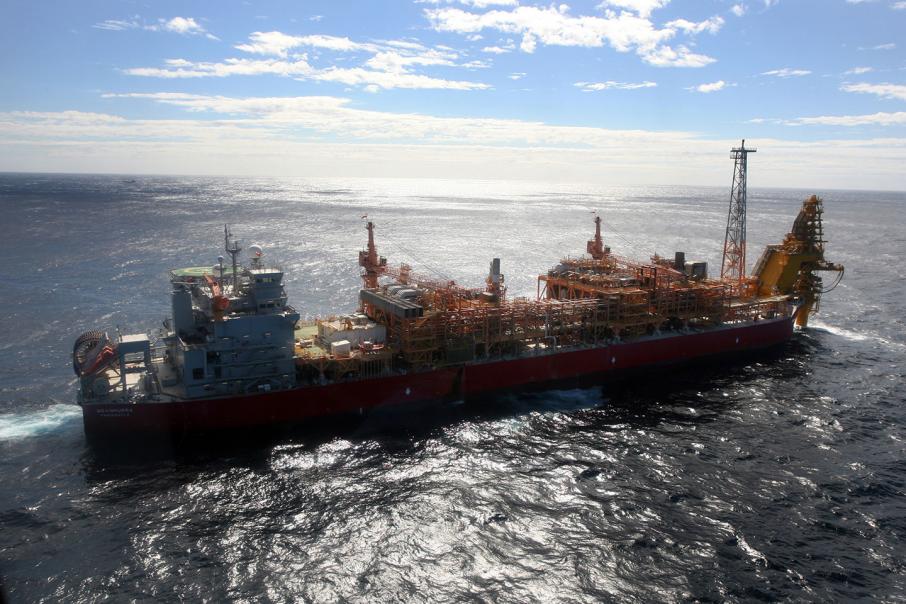 The Nganhurra FPSO operated at the Enfield oil field for 13 years until the end of 2013. Photo: Woodside

The emissions reduction policy proposed by the Environmental Protection Authority in March was misaligned with the Paris Agreement, would lead to lower abatements for a given cost, and potentially even send emissions overseas, according to Woodside Petroleum.

The detail was in Woodside’s submission to an EPA public consultation process into the policy, which was announced to much criticism and later withdrawn for reconsideration.

The submission was one of 6,948 received in the 12-week period to September 2, released yesterday, with 6,655 of those submissions pro-forma documents from environmental campaigners.

The EPA had originally proposed that any proposed project, or project undergoing a revisal, with more than 100,000 tonnes of annual carbon emissions would need to fully abate that impact.

New guidelines will be released next year, according to EPA chair Tom Hatton.

According to Woodside, this target was misaligned with the Paris Agreement.

“The Paris Agreement goal of 'below 2 degrees celsius”'is typically associated with a 'net zero by 2050' or 'net zero in the second half of the century' trajectory,” Woodside said.

“The EPA’s proposal was dramatically different: an immediate 'net zero', point forwards, for all major projects that come before it.

“Where the Paris Agreement approaches the significant and complex global challenge of climate change by recognising that the trajectory of industrial development needs to be changed through a series of successively tightened (nationally determined contributions), the guidelines sought instantly to achieve a bar without knowing how to reach it.”

In the submission, the Perth-based gas producer said the most efficient way to stop climate change would be a long-term, global carbon price.

“Regulations in one jurisdiction that increase costs can result in economic activity shifting to another jurisdiction,” Woodside said.

“Where this results in greenhouse emission sources relocating with that economic activity, it is commonly called carbon leakage.

“Since this tends to move emissions from jurisdictions with high environmental standards, to those with lower standards, this can paradoxically lead to an increase in global emissions.

“In Australia, where a single economy-wide carbon price has been replaced by a national sector-by-sector approach, there is also the risk of distortion between sectors,” Woodside said.

“These distortions are not just economically harmful, they also make climate action less efficient than it might otherwise be and so create an additional hurdle to meeting environmental outcomes.

“The current Australian policies are already some distance away from a single economy-wide carbon price, to the detriment of efficient and effective climate action.

“Unnecessarily, the (EPA) guidelines would have added a number of additional distortions that worsened this challenge, and reduced the level of abatement for any given cost.

“Because they only operated at a state level, they would have created a sub-national boundary distortion.”

The Conservation Council of WA argued the EPA’s policy should be reinstated, arguing that Australia’s national target was unlikely to be met.

“Urgent action to reduce greenhouse emissions from all sectors is required now, consistent with the Paris agreement goals,” the submission said.

“The impacts of climate change here in WA are significant, real, and worsening.”

The council argued that the LNG industry had driven increased emissions in WA, which were 23 per cent higher than in 2005.

“As a general principle, any state policy which is designed to reduce emissions is likely to complement existing Commonwealth climate policy by assisting Australia to reach our emissions reduction target under the Paris Agreement,” the council said.

“Indeed, some commentators (including the UN) have queried whether Commonwealth policies will be sufficient to reach our Paris target and it is possible that state and territory policies and mechanisms will be needed to reach that target.”

CCWA said it supported the development of a carbon offset industry in WA, but said availability of offsets was limited and should only be used for emissions that cannot be avoided.

“The use of offsets to allow fossil fuel expansion now would foreclose opportunities to offset emission in other parts of the economy where reduction is more difficult, expensive, or not an option,” the council said.

“It is therefore essential that the EPA provide a proactive regulatory role to give clear priority to avoiding and preventing GHG in the first instance.

“Offsets are not a silver bullet and should not be used to allow or justify fossil fuel expansion.

“The availability of offsets is limited they should only be used for emissions that cannot be avoided in any other way, such as for existing projects that have been designed and constructed in a way that prevents certain mitigation options from being pursued.

“Proponents must be required to demonstrate all efforts to decarbonise as far as possible, according to the mitigation hierarchy of avoidance, reduction and then offsetting the remainder.

“A net-benefit approach should be applied, that is, the use of offsets should demonstrate at least net zero emissions as the desired target.”