Goh for growth at Elizabeth Quay

Elizabeth’s Quay’s newest project is a big step forward for one of Malaysia’s most prolific developers. 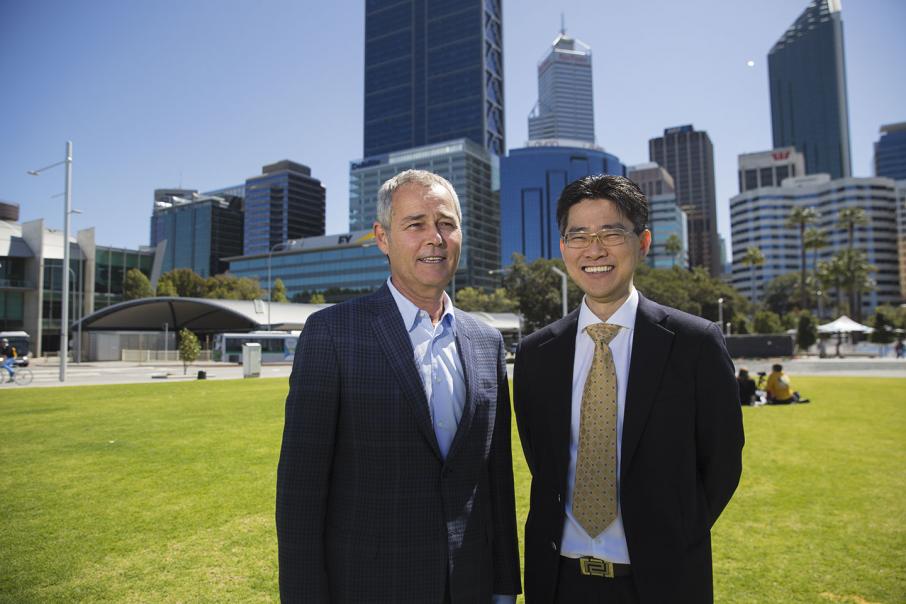 Elizabeth’s Quay’s newest project is a big step forward for one of Malaysia’s most prolific developers.

Malaysian property developer Victor Goh says his latest project, the recently unveiled new flagship development at Elizabeth Quay, will be the most meaningful of his career.

That’s despite Mr Goh having delivered more than 1.5 million square metres across 18 commercial and residential projects in South-East Asia during the past 25 years.

In Perth, Mr Goh has followed the development of Woodside Petroleum’s new headquarters at Capital Square by teaming up with Adrian Fini to launch CA & Associates.

The joint venture’s first project will be EQ West, a two-tower hotel and apartment project focused on bringing more amenity and community interaction to Elizabeth Quay.

Mr Goh and Mr Fini unveiled the project late last month, after closing a deal with the Metropolitan Redevelopment Authority to buy two plots on the western edge of Elizabeth Quay, closest to the Swan River.

EQ West was designed through an international competition, won by local firm Kerry Hill Architects, and features an art gallery and museum space perched 45 storeys above the CBD, as well as a vast public plaza at the ground level to complement around 300 apartments, 170 serviced apartments and a 200-room hotel.

Mr Fini said his vision for Perth aligned with that of Mr Goh, who wanted to create something important from a cultural perspective in the city.

“No other scheme had a public art gallery or museum in it, and that matched the philosophy of what Victor had from day one,” Mr Fini told Business News.

“In reality, the idea came from Kerry (Hill); it was part of his entry.

“We had discussions about concepts along those lines, and once we saw what Kerry’s team had delivered, it inspired us to rethink what we believed in and how we would adapt the product to make sure it delivers the most benefits to everybody.”

For Mr Goh, the opportunity to get involved at Elizabeth Quay presented the chance to give back to a city he’d fallen in love with on a 2011 tour of Australia’s major cities to find the best place to invest.

“Perth has one of the best lifestyles in the whole of Australia,” Mr Goh said.

“If you had to pick the most ideal place to live, some would pick the eastern side, but for me, Perth is the best place in the whole of Australia.

“When we toured the five cities in Australia, we decided that this was the best secret, hidden place in the world.”

While Mr Goh would not be drawn on what’s next for his development vehicle, AAIG, he said he was not spooked by current Perth property market conditions and was always on the lookout for new opportunities.

“We look long-term when we look at Perth,” he said.

“Every property market is up and down, so when we designed for this we looked for something timeless, and we looked beyond the up-down cycle.”

Mr Goh said the decision to partner with Mr Fini was also in line with his long-term strategy.

“We always have wanted to have local partnerships for long-term relationships,” he said.

“Just like at Capital Square, where we’ve partnered with Woodside.”

Mr Fini was equally bullish when asked about the prospects of selling 300 apartments in a market that could, at best case, be described as patchy.

“We are delivering the most beautiful building in Perth, right on the river,” Mr Fini said.

“We think there will be good demand; we have a strong team and a strong reputation,

“I think we have the skills to deliver the best project on the best plot, and that’s our job.”

Construction of EQ West, expected to be a build worth around $300 million, is due to begin before the end of next year, and be completed by late 2019.