OPINION: Political battlelines drawn as the Morrison government delves into the workings of the $2.8 trillion superannuation industry. 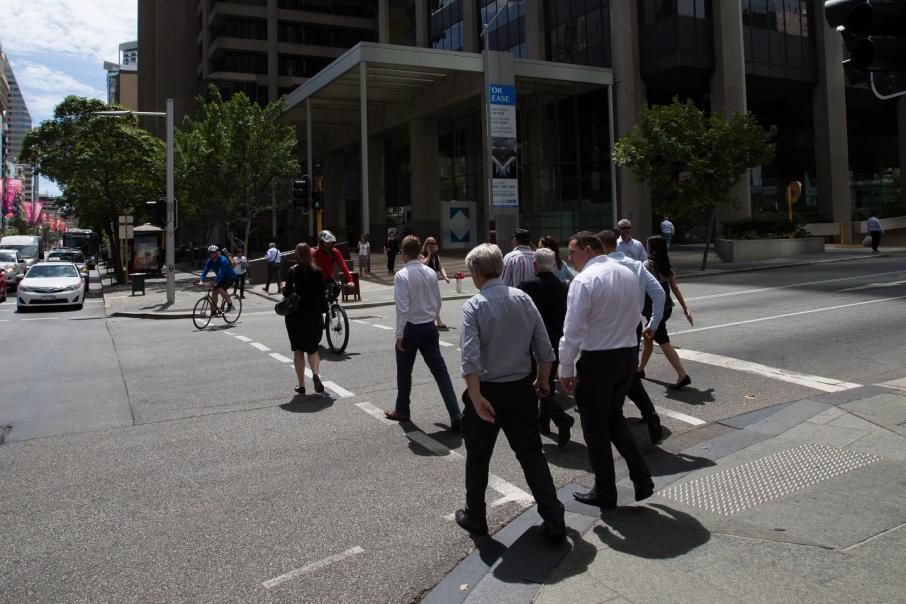 Whether or not the 9.5 per cent superannuation levy should be lifted to 12 per cent is a contentious issue.

OPINION: Political battlelines drawn as the Morrison government delves into the workings of the $2.8 trillion superannuation industry.

Shifting the goal posts is a popular pastime for governments so it should not come as a surprise the game is being played again, this time with Australia’s $2.8 trillion superannuation industry.

Officially, the game is nothing more than a review of a national savings plan, which is generally working well but could possibly benefit from a few tweaks.

The problem with that view, which is being promoted by the Treasurer Josh Frydenberg, is that his position is so obviously designed to dull everyone into ignoring what’s likely to happen with their second most important asset after the family home.

Compulsory superannuation is creating a valuable nest egg for most Australians ensuring they will not rely totally on a government-funded old age pension when they retire.

It doesn’t work well for everyone, but no system will prevent some people from falling through the cracks or never earning quite enough to avoid needing a pension top up to boost their retirement income above the poverty line.

But even before the committee formed to conduct the review holds its first meeting, the battle lines are being drawn over contentious issues such as:

• Whether the fees charged by superannuation fund managers are fair.

• Whether tax breaks for self-funded retirees are too generous.

• Whether the family home should be included in an asset test for assessing entitlement to the age pension.

On the levy, it’s not a surprise to discover the Financial Services Council, a body representing fund managers, reckons there should be an increase to 12.5 per cent, a view which screams self-interest.

Even without the increase in superannuation payments, the industry managing the enormous pot of gold ($2.8 trillion) has grown enormously fat for very little effort.

How fat? Well, according to one recent calculation, superannuation fund managers can expect to peel off $34 billion in fees this year if you assume the average fee is 1.2 per cent of funds under management.

Because there is already 9.5 per cent of Australia’s annual wages bill flowing into superannuation, the fees paid could soon top $50 billion a year and, if the 12.5 per cent rate is adopted, it would not be a surprise for annual fees to reach $100 billion in the not too distant future.

Fund managers claim they earn every dollar in fees, which is straight from the Mandy Rice Davies school of explanations when she denied an affair with Lord Astor in the famous 1960s Profumo sex scandal in Britain when she said: “He would say that, wouldn’t he.”

Claiming that $34 billion is a fair amount for managing a pool of superannuation accounts, and investing the funds, is complete nonsense given the high degree of computerisation in the finance industry today compared with 27 years ago when the system as we know it was launched.

The truth about the fee structure is that industry superannuation funds, which are largely controlled by trade unions, have created the modern equivalent of Norman Lindsay’s Magic Pudding, a never-ending dessert which re-forms no matter how much is eaten.

Because there is so much at stake, both in monetary terms and the political power conferred on unions (and the Labor Party) which goes with the superannuation pot of gold, there is no doubt there will be a bruising battle to maintain the status quo.

As for the increase to a 12 per cent levy there will also be arguments for and against with supporters of the increase claiming that more needs to be contributed to prevent too many workers finding that their superannuation nest egg is not enough to fund a comfortable retirement, meaning they remain a burden on the government by claiming a part pension.

That position skirts around the problem caused for some workers who will find an extra 2.5 per cent levy quite painful, while employers will be concerned the extra cost will simply be transferred to them, which will have a negative effect on job creation.

People in self-managed superannuation funds potentially have the most to lose from the review, if its findings are accepted by the government, just as almost happened in May if the national election had produced a change of government in Canberra.

If the superannuation review does even hint at a watering down of tax breaks for self-managed funds then there could be a sharp increase in top-end residential property values, especially given Australia’s unique tax-free status of the family home.

Mr Frydenberg has already emphasised that homes (or principal place of residence to use the tax department’s preferred description) will not be considered as part of the superannuation review and never considered when assessing eligibility for the age pension.

Most members of self-funded superannuation funds are unlikely to ever apply for an age pension, but they are very much aware of the four factors driving house prices in ritzy suburbs:

• No capital gains tax on a home, no matter what its value, which is a major incentive for people with money to leverage themselves up into the biggest and best house they can afford.

• The continued downward slide in interest rates, with the Reserve Bank cutting the official cash rate today to just 0.75 per cent.  Another cut is expected early in the new year when the rate could dip to a previously unimaginable 0.5 per cent.

If the central bank does drop to 0.5 per cent commercial banks will follow most of the way down, which means most home mortgages should have a two in front of them soon and some might even have a one, at least on introductory offers.

• There is growing speculation the housing market has not only bottomed but could be poised for a V-shaped recovery thanks to the low level of interest rates.

As interesting as the climate catastrophe campaign has been, complete with the histrionics of Swedish teenage media sensation, Greta Thunberg, it’s hard to avoid the conclusion the climate movement is very much a first-world issue.

The problem is that while people living comfortably in Europe, North America and Australia, might be worried about the outlook and be prepared to make changes to their lifestyles, it’s hard to imagine the majority of the world’s population sharing that view.

China, for example, has spent the past 30 years lifting much of its population out of poverty courtesy of investment in manufacturing powered largely by coal, gas, hydro-electricity and nuclear.

It has no interest in risking that on a full-scale shift to less reliable wind and solar.

India has just begun its rise from deep poverty and it’s even less likely to adopt Greta Thunberg’s recommendations.

In other words, in a debate over doing something which might benefit someone in another country versus self-interest there is no doubt self-interest will win.