Gloves off as financial fight nears

The federal government has laid a fiscal trap for the states on the key election issue of education. 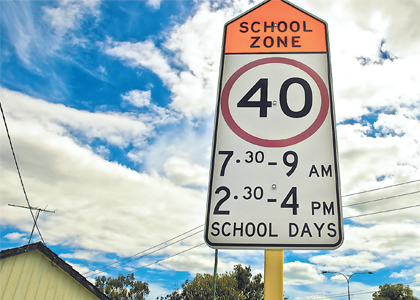 LESSONS LEARNED: The adoption of the Gonski recommendations could prove a wedge issue for state governments in the lead-up to the federal election. Photo: Grant Currall

The federal government has laid a fiscal trap for the states on the key election issue of education.

GET ready for a fresh round of Commonwealth-state financial hostilities. The skirmish over the funding of the education reforms recommended by the Gonski review, which will come to a head at the Council of Australian Governments meeting later this month, is simply the start of more wrangling in the lead-up to the federal poll on September 14.

The Gonski recommendations, which have been embraced by the prime minister, call for the Commonwealth and states to inject billions of extra dollars into primary and secondary schools to remove inequalities in educational opportunity.

The agenda has a familiar ring. That was the reason the Whitlam Labor government established the Schools Commission in the early 1970s. Millions of Commonwealth dollars flowed to the school systems, controlled by the states, with similar goals.

The question for the states now is that, with budgets already tight, how will they find the extra money? The political imperative is that, in a federal election year, if a Liberal governed state fails to fall into line, it risks being pilloried as callous by the federal Labor government.

And Julia Gillard and her colleagues would be quick to transfer any apparent Liberal disregard for removing inequality as a black mark for Tony Abbott and his federal team. So the stakes are high.

The stakes are high on another front closer to home over Premier Colin Barnett’s campaign commitment on three major public transport initiatives.

Partly to counter Labor’s Metronet rail plan, the Liberals said they would: complete work on the metropolitan leg of the Perth-Darwin highway; build the MAX light rail link from the northern suburb of Mirrabooka to the city with extensions to the University of WA and Curtin University; and build the Perth Airport rail link. All at a cost of $4.8 billion.

Showing great chutzpah, the Liberals subsequently revealed they would be relying on the Commonwealth to kick in $3 billion for the projects, although the strategy did not get the prime minister’s immediate imprimatur during her recent Perth visit.

She said, understandably, the proposals needed to be lodged for consideration; first things first.

Mr Barnett, on the other hand, says they will go ahead with or without federal funding, although one would expect there to be delays if Canberra is not forthcoming.

It would be unwise to ignore the political realities, however. Labor’s recent state election vote and the latest opinion polls suggest the party would be hard pressed to retain its three WA seats if those trends were repeated at the federal election -among them Perth, held by Defence Minister Stephen Smith, and newly promoted Energy Minister Gary Gray’s seat of Brand.

If Mr Barnett fast-tracked the applications, and made them a federal election issue, Ms Gillard would be under pressure to come up with a timely commitment to proceed.

It could provide a WA double - a win for Mr Barnett, and help Mr Smith and Mr Gray retain their seats.

IT’S a steep learning curve for the new ministers who have just been sworn in at the federal and state level. They have to get on top of the policy issues linked with their new portfolios, meet the key players, appoint new staff, and also learn how to handle the media.

In their interviews, ministers get points from their advisers for staying on message. They are told they don’t have to answer the question asked, but rather get the government’s message out.

Two of the best exponents - or worst, depending on your point of view - of this art are Prime Minister Julia Gillard and the opposition’s immigration spokesman, Scott Morrison.

Ms Gillard was in full flight in an interview on the ABC’s 7.30 program after the recent leadership farce. Asked by journalist Leigh Sales why Labor’s plans should be trusted when the government has had “so many problems and so much dysfunction”, she replied:

“People are entitled to look at what we’ve achieved, what we’ve said we would do and what we have done. We said we’d create jobs and keep strengthening our economy and we’ve done that. More than 900,000 jobs created, even during the worst global economic downturn since the Great Depression. We said we’d make a difference for schoolkids, for skills, for apprenticeships, for university places and we are improving schools, we’re seeing record numbers of apprenticeships and trainee-ships, more university places and more kids from poorer homes getting the chance to be the first in their family to ever go to university. We said we’d help families with cost-of-living pressures, paid parental leave, more money in childcare, less money paid in taxation. And we said we would set our nation up for the future for this Asian century of growth and change, and we’re doing that through things like rolling out the National Broadband Network. Now people can look at that: what we’ve said we would do and what we have done.

We’ve also done some big, hard controversial things, like putting a price on carbon, but they’ve been the right things to do for the nation. We’ve got more to do, Leigh.”

More than 200 words reciting ‘achievements’, including the old trap of claiming governments ‘create’ jobs. And the PM’s approach continued despite the interviewer saying she had been given a laundry list.

Mr Morrison was asked by Sabra Lane on ABC Radio’s AM program for details on how many Navy and Customs ships would be needed to enforce the coalition’s policy to turn back the boats.

Answer: “Well that’s obviously the first thing we’d be discussing with the Navy themselves and Customs and Border Protection. But we have a significant fleet and we would be deploying those assets that were necessary to get the job done.” Question: “So you haven’t discussed yet with anyone the likelihood of how many vessels it would take and indeed how much money would be needed to enforce this strategy?” Answer: “I didn’t say that Sabra. What I said is we’d be deploying the assets to get the job done. Obviously we are working through all of our policies and I’m no stranger to this space, Sabra, but I’m not about to give people smugglers or others a heads-up about those sorts of operational matters.”

Question: “But the boats; are we talking one, two, half a dozen, a dozen?”

Answer: “Well I think I just answered the question Sabra ...” Come back Bob Hawke, Paul Keating and John Howard. All is forgiven.