Australia’s defence capability acquisition projects have a poor historical record in terms of cost and schedule, largely due to Canberra’s failure to acknowledge and support reliable industry performance. 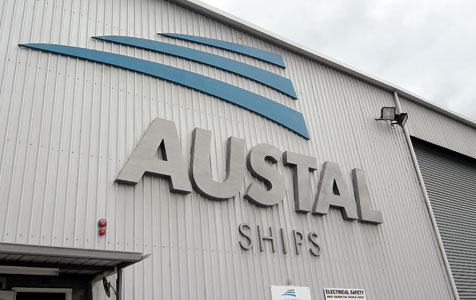 WINNERS: Austal’s success in the US exemplifies the engineering and manufacturing excellence found in WA.

Australia’s defence capability acquisition projects have a poor historical record in terms of cost and schedule, largely due to Canberra’s failure to acknowledge and support reliable industry performance.

Indeed in many instances, Canberra has preferred foreign-based companies to Australia’s own industrial capacity. At a time of a low Australian dollar and an excess of engineering and project management skills from the slowing oil and gas and mining sectors, this is short sighted and counter to our national interest.

However Western Australia has a strong reputation for excellence in engineering and project management. With its large mining and oil and gas manufacturing sectors, the state’s heavy engineering capability is seen as a global leader in mining and sub-surface offshore oil and gas technology.

Heavy industry requires specialist skills and training to be utilised effectively and correctly. The high-end technical demands placed upon industry in WA have required expertise not available elsewhere in Australia.

Despite this highly technical and skilled industrial base, WA’s engineering industry is consistently overlooked in terms of its potential applications to other industries, particularly defence contracting.

I take this opportunity to mention four players as examples from dozens of WA firms with strong track records of contractual compliance and high-end innovation in heavy industrial design and manufacture.

In the maritime space, only one company has the benefit of being both Australian and having the necessary internationally recognised technical ability to oversee a large-scale shipbuilding program in Australia. Notwithstanding an enviable international record of achievement, it is constantly ignored for large high-end programs, in many cases smaller than what is being undertaken oversees.

Henderson-based Austal is contracted by the US Navy to deliver the Littoral Combat Ship (LCS) and the Expeditionary Fast Transport (EPF), which are held out as remarkable feats of both maritime design and engineering. The LCS and EPF programs exceed $US5 billion in total. The success and managerial skill of Austal’s Alabama shipyard is regularly applauded for its commercial performance in the delivery of vessels as well as the high standard to which every ship is constructed.

Austal is the only non-American company to ever build for the US Navy, and is now responsible for 10-15 per cent of that navy’s future surface fleet.

In WA, Austal is delivering two Offshore Patrol Vessel (OPV) sized vessels for the Royal Navy of Oman. The 72 metres, 35-knot high speed support vessels (valued at $US125 million) are based on the proven, successful EPF platform and offer exceptional capability to move troops, vehicles and cargo with aviation support quickly and efficiently in shallow, coastal environments.

Another local manufacturer, Veem Engineering Group, has developed into a global leader and premium manufacturer of sophisticated, technical equipment for the maritime, aerospace, defence and oil and gas industries. Veem is known for its precise engineering design particularly with gyrostabilisers. Since 2012, this WA success story has worked with other WA companies supplying the mechanical components for Austal’s LCS.

Also based in Henderson, Civmec is leading the field in underwater pressure welding for the mining and oil and gas industries in WA. Although still operating with some degree of anonymity, its engineering products are fast becoming recognised as world-class adjuncts for highly pressurised underwater operations. The virtues of this advanced pressure welding operation in WA have already been identified by the German owned TKMS, as a potential manufacture of components in the next generation Australian submarine.

WA specialised engineering capability is further demonstrated through Hofmann Engineering’s heavy industry precision engineering operation. It specialises in analysing and inspecting machinery components and stressors and digitally scanning parts for 3D modelling on computers to ensure their suitability and integrity down to super fine accuracy measurements. This reliable and technical engineering practice has been utilised by Boeing and as part of the Joint Strike Fighter program.

The specialisation in complex parts precision and use of 3D modelling, while moving towards a paperless manufacturing process has taken Hofmann well ahead of many international and Australian counterparts. The application of further new technology is reflected through the investment of $30 million per year on research and development, thus maintaining the company’s competitive edge through 3D modelling technology and a continued quest for greater efficiency.

In addition to these local operations, UK-based BAE Systems has also established an operation out of the Henderson precinct to deliver the ongoing Anzac Frigate upgrade. The recognition of skill and capability in WA by this British prime defence contractor in using the Henderson operation and WA workers for the fit-out of the ships with new ‘Ceafar’ phased array radar (from Canberra based CEA Technologies) acknowledges the professional setup and level of personnel skills.

BAE’s operation at Henderson is highly successful, being able to deliver this highly complex project on time and on budget.

The engineering capability coming out of WA (especially in the maritime space) is setting an international standard for excellence and building a reputation for consistency and commercial reliability in high-end complex engineering projects. Despite this, WA manufacturing companies have largely been overlooked by Canberra. By capitalising on the proven WA engineering talent there is a real opportunity to improve for taxpayers the cost, quality and schedule of capability build programs.