The local property sector could be the beneficiary of financial stimulus measures in China and the US. 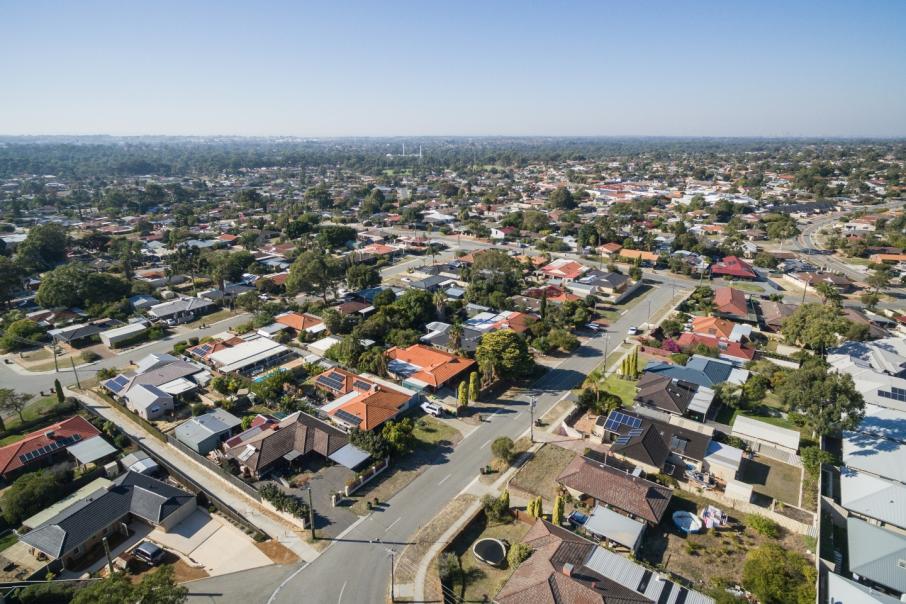 Perth could regain its title as the capital with Australia’s fastest-growing property values. Photo: Gabriel Oliveira

One day’s data may not be indicative of a trend, but it is a pointer, particularly when added to other evidence.

And what the CoreLogic Daily Home Value Index of January 18 suggests is that Perth’s record-breaking run as Australia’s worst-performing residential property market is coming to an end.

It’s even possible that, within nine months, Perth could regain its title of a decade ago as the capital with Australia’s fastest-growing property values.

Chinese demand for commodities and Western Australia’s hard border, which has limited the effects of COVID-19, are the main reasons why Perth property outperformed other capitals on January 18 and why the local market was second best in the December quarter.

The CoreLogic index reported Perth property values rose by 0.07 per cent (a tiny move but an increase nevertheless), which was better than any other capital and better than the national average 0.02 per cent.

The upward trend can be more clearly seen in December quarter prices, with average Perth prices up by 3.04 per cent, beaten only by Adelaide’s 3.4 per cent rise.

Prices in Sydney and Melbourne, the decade-long leaders, were both below 2 per cent in the December quarter as the pendulum of Australian economic growth shifted from the south-east corner of the country back to the mining and agricultural states.

This was aided by population shifts to the regions, as older and richer Australians relocated to areas less susceptible to COVID-19.Perth’s recovery should continue because the US, under its new president, Joe Biden, is following China’s lead and plans to flood its economy with cash this year to stimulate growth, which will trigger a surge in demand for commodities.

WA iron ore, which has been the primary beneficiary of Chinese economic stimulus after its pan-demic lockdown, will not be the big winner from any US stimulus, as the Americans have plenty of their own iron ore and readily available Canadian and Brazilian material to top up demand.

The big winner from a US stimulus will be base metals, such as copper, aluminium and zinc, as well as the fast-growing family of battery metals that includes lithium and graphite. Nickel will get a double boost as a base metal used to make stainless steel and as an ingredient in batteries.

Food and fibre, which for WA essentially means beef, lamb and wheat, along with wool, will also enjoy a boost.

This can already be seen in the current price of wheat in the US, which is trading at a seven-year high $US6.80 a bushel. Beef, on the international market, is also close to an all-time high and wool, after a tough 2020, is on the way up.

The key point in what’s happening (and its connection to Perth property) is that the world’s leading economies – China, the US and Europe – have embarked on an almost synchronised phase of stimulus which will drive global growth, perhaps to boom-time levels.

The effect of governments spending trillions of dollars to revitalise their economies can be seen most clearly in China, where the economy expanded by 6.5 per cent in the December quarter, lifting growth for 2020 to 2.3 per cent and making China the only major economy to expand last year.

What China achieved will not be fully replicated in the US or Europe, although heavy-duty government investment will jolt those economies out of the COVID-19 slump, aided by the encouragement of widespread inoculations, which will boost consumer confidence and spending.

For WA, one of the world’s primary sources of raw materials, the outlook is the most encouraging since the last commodities boom ended in 2011.China, which is waging a one-sided trade war against Australia, is also leading the way in buying the country’s minerals and agricultural exports.

But as a $US1.9 trillion stimulus plan unveiled by Mr Biden earlier this month takes hold, the US economy will also begin to suck in commodities.

Europe will not want to be left behind and a fresh wave of investment can be expected to wake the slumbering economies of France and Germany.

Two corporate proxies for the WA economy – BHP and Rio Tinto – are useful guides to where the state is headed. And while not widely reported when it occurred, the share prices of both big mining companies hit all-time highs earlier this month.

As encouraging as that news may be, it should not be for-gotten that 2008 was the peak that followed the 2006 bursting of the US sub-prime mortgage bubble, a precursor to the GFC.

If history is repeating then the next few years should be good for Australia, and especially WA. After that, however, the crystal ball turns a little murky.