Gladys Berejiklian has resigned as premier after the state's anti-corruption watchdog announced she was under investigation for potential breaches of public trust. 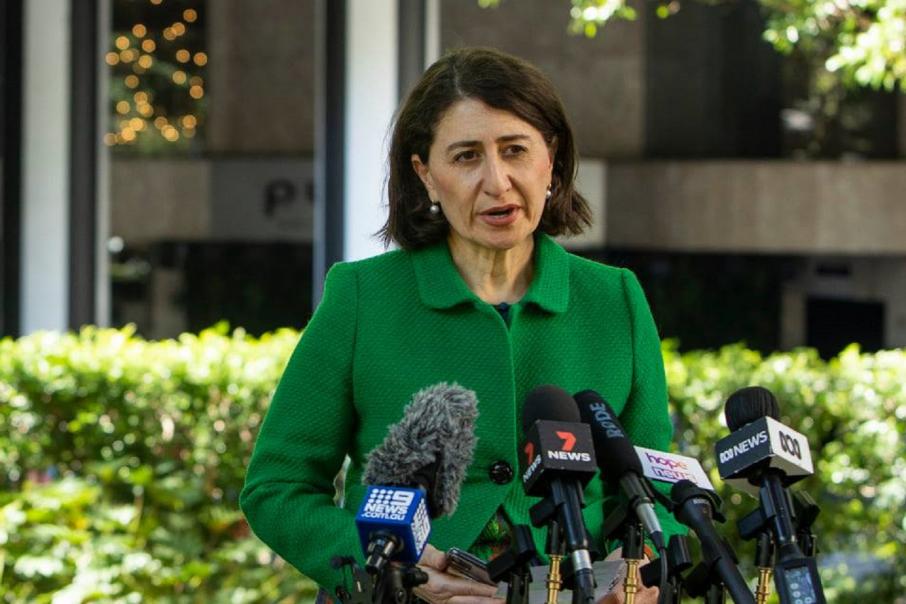 Gladys Berejiklian has resigned as premier after the state's anti-corruption watchdog announced she was under investigation for potential breaches of public trust.

Ms Berejiklian will also resign from NSW parliament as soon as a by-election for her north Sydney seat of Willoughby can be held.

NSW's Independent Commission Against Corruption said in a statement on Friday it was investigating whether Ms Berejiklian "exercised public functions" in a position of conflict given her secret five-year relationship with ex-MP Daryl Maguire, revealed at ICAC in late 2020.

A wearied Ms Berejiklian said on Friday she could not temporarily step aside while ICAC conducted its investigation and then resume the premiership. As such, she said she was compelled to resign her role.

She also said her resignation "could not happen at a worse time" as the state prepares to leave COVID-enforced lockdowns in the coming weeks.

However the 51-year-old again denied any wrongdoing.

"History will demonstrate that I have always executed my duties with the highest degree of integrity for the benefit of the people of NSW who I have had the privilege to serve," Ms Berejiklian told reporters.

"The people of NSW need certainty as to who their leader is during these challenging times of the pandemic ... I cannot predict how long it will take the ICAC to complete this investigation, let alone deliver a report."

Ms Berejiklian will remain premier until the Liberal Party elects its new leader, with Treasurer Dominic Perrottet considered a frontrunner.

Mr Perrottet said on Friday he would speak with his family and colleagues over the coming days on "how I can best serve the people of NSW".

He said Ms Berejiklian was among NSW's finest ever premiers.

An ICAC public inquiry on the Berejiklian matter will be held for about 10 days from October 18, overseen by Assistant Commissioner Ruth McColl SC.

It plans to look into whether Ms Berejiklian's relationship with Mr Maguire, then the Wagga Wagga MP, affected those arrangements and constituted a breach of public trust or partial exercise of official functions.

ICAC will also investigate whether Ms Berejiklian should have "suspected on reasonable grounds" that Mr Maguire may have engaged in corrupt conduct, and thus failed to report him to ICAC as required.

It will look into whether she "was liable to allow or encourage" his conduct.

Mr Maguire is accused of abusing his public office between 2012 and 2018.

The former state MP is accused of using his public office and parliamentary resources to improperly gain a benefit for himself or for G8way International, a company Mr Maguire allegedly "effectively controlled".

Mr Maguire quit the government in 2018 after a separate ICAC inquiry heard evidence he sought payments to help broker deals for property developers.

Opposition Leader Chris Minns said he "never doubted Gladys' dedication to NSW" but called on the coalition government to remain focused on the health and economic fallout of the current COVID-19 outbreak.

"The focus must be to work on behalf of the people of NSW first and foremost, even in the midst of a leadership contest," Mr Minns said.

NSW Deputy Premier John Barilaro said Ms Berejiklian's replacement was a matter for the Liberal Party but thanked the premier for her service amid the 2019-20 bushfire season and the COVID-19 pandemic.

Prime Minister Scott Morrison also lauded the "heroic" qualities of Ms Berejiklian, saying she was a dear friend trusted by the community.

Nick Greiner resigned in 1992 but was eventually cleared.

Barry O'Farrell resigned in 2014 after he was unable to remember receiving a bottle of wine as a gift, although ICAC found he had had no intention to mislead.