Surveying group MNG has acquired Giudice Surveys, with the tie-up the next step in MNG’s growth strategy following a comprehensive rebrand earlier this year. 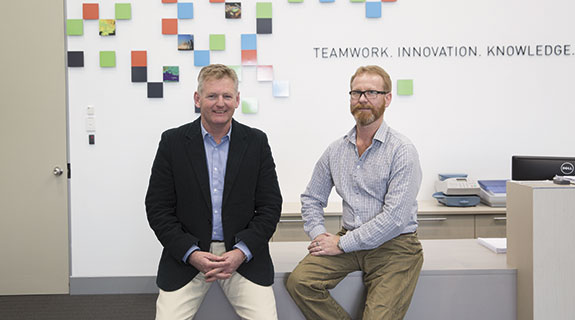 Surveying group MNG has acquired Giudice Surveys, with the tie-up the next step in MNG’s growth strategy following a comprehensive rebrand earlier this year.

MNG, formerly known as McMullen Nolan Group, celebrated its 25th year in business in November last year, unveiling its new brand and announcing an expansion strategy based on its proprietary laser scanning technology.

All Giudice staff will relocate to MNG’s Jandakot headquarters, growing the firm’s total employee count to more than 150, closing  in on Land Surveys, the state’s top-ranked surveying firm on the BNiQ Book of Lists.

Managing director Scott Anderson said the acquisition of Guidice, a two-year process that became official last week, was another plank of that strategy and would enhance MNG’s abilities to provide surveying and spatial solutions for medium-density built-form developments.

He said MNG had an existing capability in high-rise multi-residential developments and large-scale land estates, with Giudice’s expertise to fill in the gap on small to medium strata projects, which were in greater demand thanks to the state government-led push for more urban infill.

“From MNG’s perspective, it’s bolting on an existing service in the built form side of things,” Mr Anderson said.

“We’re complementing our skillsets with their 42 years of experience. It’s also a really good cultural fit, which is very important to the MNG team.”

Giudice managing director Neil Davidson said the merger would be beneficial to the company’s clients, describing it as a logical step.

“Together with MNG’s advanced technology, and with both firms having stood the test of time, this alliance will not only enhance our existing clients but allow us to provide a highly customised service to new and existing businesses within WA’s property market,” Mr Anderson told Business News.

Mr Anderson said MNG would now focus on maintaining its operations in the Perth area and in the north of the state, while also exploring opportunities to roll out its three-dimensional scanning capabilities on the east coast.