Gina Rinehart’s Hancock Prospecting has acquired a 19.6 per cent shareholding in takeover target Atlas Iron, joining Mineral Resources and Fortescue Metals Group in the battle for control of the mid-cap iron ore miner. 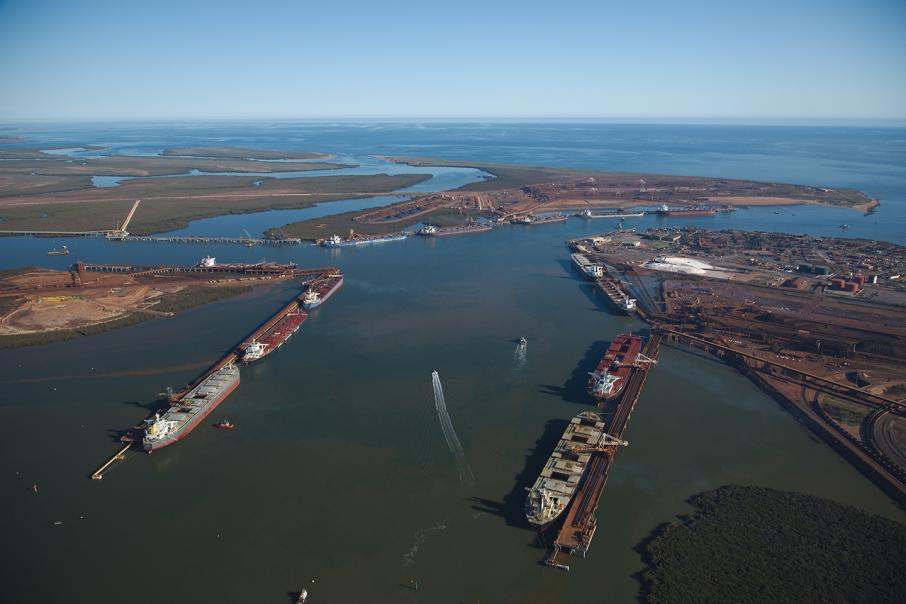 UPDATED: Gina Rinehart’s Hancock Prospecting has confirmed the acquisition of a 19.9 per cent shareholding in takeover target Atlas Iron, joining Mineral Resources and Fortescue Metals Group in the battle for control of the mid-cap iron ore miner.

Atlas Iron lodged a substantial shareholder notice with the ASX on Wednesday morning showing that Hancock had a total interest of 19.96 per cent.

This was in two parts - Hancock has bought 14.97 per cent of Atlas Iron's shares and its wholly-owned subsidiary Redstone Corporation has an economic interest through a cash settled swap relating to notional shares equivalent to a 4.99 per cent stake.

It comes after Mineral Resources launched an agreed $280 million scrip-based takeover offer early this year, valued at 3.02 cents per share, and Fortescue purchased a 19.9 per cent blocking stake last week.

All four companies export their iron ore through Port Hedland, which is renowned for being highly congested.

Atlas (and Mineral Resources) currently uses the government-owned Utah Point berth, but as Business News reported on Friday, a much bigger prize would be its rights to develop a larger berth at South West Creek, via joint venture entity North West Infrastructure.

NWI, which is owned by Atlas (63 per cent) and Brockman Mining (37 per cent) holds the rights to build a 50 million tonnes per annum wharf at South West Creek.

Mineral Resources disclosed on Friday it also plans to develop a stockyard and Cape-size berth at South West Creek and has commenced formal negotiations with the Pilbara Ports Authority on this.

The MinRes plan is part of its broader growth strategy, which includes construction of a lightweight rail-based system to transport bulk ores 330 kilometres to Port Hedland.

The addition of one more shipper with capacity of 50mt would add to the congestion problems at Port Hedland.

A research note issued on Friday by UBS speculated that the key may be shipping rights held by NWI, rather than the ability to build a new berth.

“NWI plans to develop a port facility that has a capacity to export 50mtpa from the South West Creek location in the Inner Harbour at Port Hedland,” the research note stated.

“Users of NWI are of B class, which means they have priority sailing rights over all other class ship movements, other than A class.

“FMG currently has 120mtpa of A and B class, which means the timing of its remaining 50mtpa out of the port is subject to other ship movements.

“Ownership in AGO enables FMG to have input into NWI's development and potentially increase its B-class tonnes.

“Ultimately we believe FMG wants a say in the development of its own backyard – the Pilbara.”