Gifts fly off the shelf for those on it 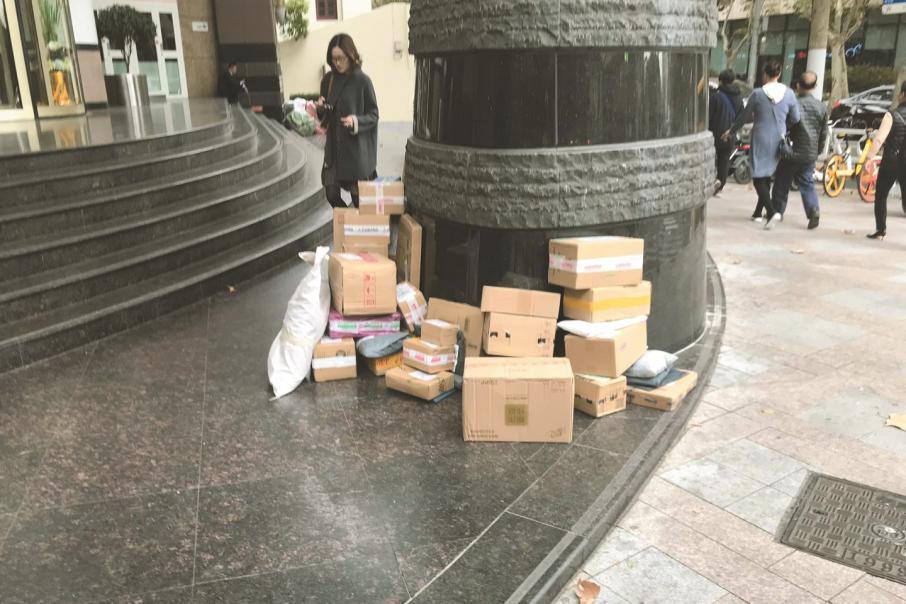 Packages pile up outside a Shanghai apartment building.

The unofficial holiday, 11:11, was started by university students celebrating single-unmarried individuals in China through a day of festivities and embracing a ‘treat yourself’ mindset.

Alibaba.com adopted Singles Day as its own in 2009 and has grown it into a global shopping extravaganza, this year making it a ‘Double Singles Day’, with two sales periods.

Alibaba CEO Daniel Zhang said the company extended the shopping festival to give consumers more time to browse, give sellers greater exposure, and to ease pressure on the logistics that supported the event.

Alibaba traditionally holds a huge gala the day before Singles Day during which celebrities such as Pharrell Williams, Taylor Swift and, this year, Katy Perry, perform.

It‘s a clever marketing tactic to keep shoppers hyped-up and ready to buy as soon as the clock hits midnight.

Last year, Alibaba raked in more than $US1 billion in the first 68 seconds.

However, while sales have increased 26 per cent over 2019, William Koo of Perth’s Keepspace says the valuation is not a true representation of total figures.

Keepspace is a third-party logistics company that manages fulfilment for e-commerce companies, and Mr Koo spent this month’s Singles Day in China on a trip with Austrade.

He said the values were based on gross merchant value (GMV), which included total order amount, paid, unpaid, cancelled and returned orders, making it more of a vanity metric the companies could boast about.

Mr Koo said 11:11 wasn’t a day to make money, but rather to generate attention and create stronger brand participants.

The extension of Singles Day into a multi-phase event was no doubt intended to keep investors happy after Alibaba’s share price took a huge hit in recent weeks.

A highly anticipated IPO of Ant Group (in which Alibaba holds a 33 per cent stake) was suspended days prior to its dual listing in China and Hong Kong. It was set to be the world’s largest capital raise at $US37 billion.

Mr Koo said the logistics of Singles Day were impressive, with courier services so busy they would unload parcels outside of people’s offices or apartments (including Apple products, laptops and other highly valuable goods).

In China, it seems the surveillance system is so advanced that if someone tries to steal your package, they will be identified and captured in less than 10 minutes.

More than $1 billion of Australian goods were purchased during this year’s festival.

Singles Day hasn’t been fully promoted or adopted in Australia yet, but nor was Black Friday (an American post-Thanksgiving shopping holiday) back in 2017.

A McCrindle survey showed that only 75 per cent of Australians were aware of Black Friday sales two years ago, compared to 96 per cent in 2019, so it doesn’t take long for the trends to catch on.

He said Australian brands, especially in the fast-moving consumer goods sector, were booming, with their products listed in marketplaces such as TaoBao, JD, and Tmall.

While countless retailers have suffered and many even closed their doors in 2020, Singles Day is a sign of increased consumer confidence.

A Bain & Company survey found that 40 per cent of shoppers went into the event intending to spend more than they did last year.

This followed a return to positive territory for retail sales in China, which snapped back to growth again in August after the country’s crippling lockdown in February.

“Singles Day has been a consistent, forward-looking indicator of retail trends, as well as a guide to the health and outlook of the market.

The impact of COVID-19 puts greater pressure on the day to make up for retailers’ lost sales in the first half of 2020,” Bain partner Jonathan Cheng said.

A wild example of consumerism, Singles Day can provide some comfort for retailers that there’s still a very strong appetite for spending.