Experience in the UK has delivered some good lessons on how to go about privatising government businesses. 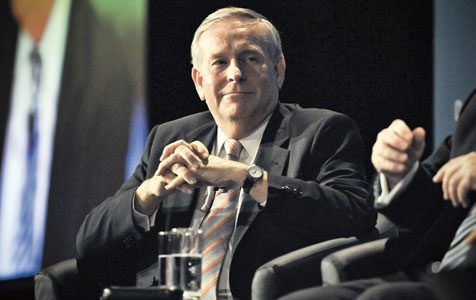 Premier Colin Barnett has appointed a high-powered taskforce to assess options for the privatisation of government assets.

MUCH of the debate around privatisation of government services presents a very simplistic dichotomy.

Critics of privatisation characterise it as a choice between a socially responsible government enterprise and a rapacious private operator.

UK company Serco, which has made a name for itself by taking over inherently controversial services such as prisoner transport and migration centre management, is caught in the middle of this debate.

However there is another UK business that presents a different model of privatisation.

Air Services Australia is the equivalent body in this country.

Britain’s former Blair government sold 51 per cent of NATS, at a time when it was racking up big losses and renowned for its poor efficiency.

A consortium of airlines holds the balance (46 per cent) with employees (5 per cent) in a mix that, against the odds, has delivered results.

The man who was appointed chief executive in 2004, Paul Barron, is on a speaking tour sharing some of the lessons he learned.

Many of those lessons extend beyond privatised agencies to any commercial enterprise, irrespective of ownership.

At the time of his appointment, NATS was running losses of around £80 million a year, regularly suffered IT outages and was facing a senior debt default to the tune of £730 million.

To turn the operation around, Mr Barron spent the first 12 weeks of his appointment travelling to operating centres to meet with staff and unions, to understand the issues at hand and to engage in a conversation between management and employees.

The second initiative was the engagement of a change management consultancy to provide senior management with the tools and training to bring about his vision.

NATS proceeded to become a much more efficient business and has consistently delivered profits to its owners.

It hasn’t entirely avoided the problems of the past, with air traffic in the UK grounded by an IT fault in December last year.

Mr Barron has identified four crucial elements that need to be in place and working effectively in a successful enterprise.

First, and arguably most important, is having a board of directors that understands what it will take to make the transformation.

That almost invariably means not being answerable to a government minister who puts politics ahead of business strategy.

The board must provide strong governance and let the chief executive get on with the job.

The appointed CEO needs to be a leader, someone who engages, fosters trust, and delivers.

A third factor is putting in place senior managers who know how to deliver and know the meaning of high performance.

The fourth factor is communications.

Mr Barron said the team of communicators at NATS was one of the biggest groups for the organisation for both internal and external media.

However he emphasised that communication involved a lot more than sending out a press release.

Ongoing discussions with groups such as the union, regulators, shareholders, customers and other industry stakeholders were all part of that communication function.

“With a clear vision, leadership, a methodology to get there, people in place to make it happen and good communications, everyone in the company can participate in the transformation of a poorly operating enterprise to a successful business,” Mr Barron said.