Getting men inside the tent

A creative approach to engagement is the latest weapon in efforts to get the health message out to men. 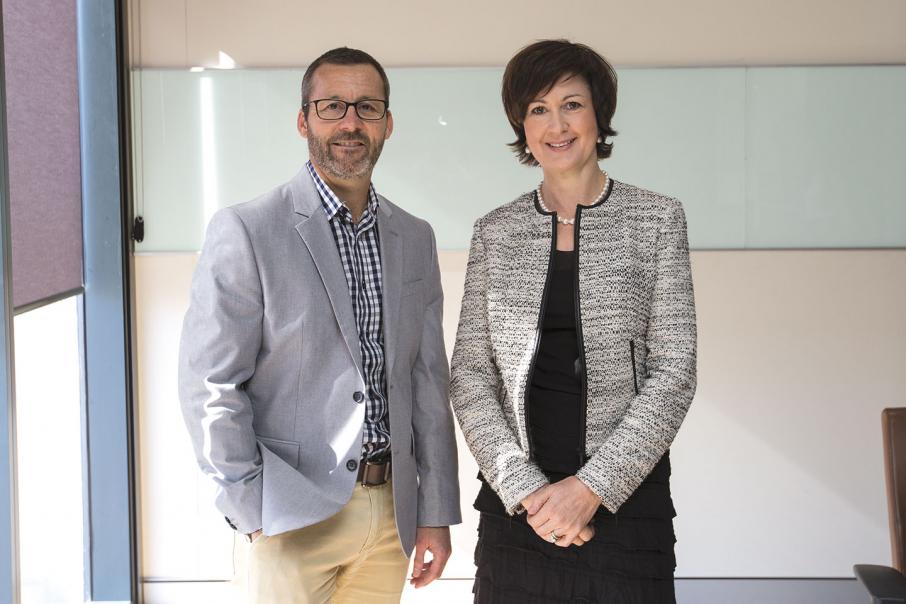 A creative approach to engagement is the latest weapon in efforts to get the health message out to men.

Toolboxes and scoreboards are part of the language health advocacy groups are adopting in programs aimed at overcoming ingrained cultural and social behaviours affecting men’s health.

In particular, they are seeking to address poor habits relating to health awareness by creating programs tailored to men’s values and interests.

Founded in 1996, PCFA is the national body for prostate cancer in Australia, with a focus on creating awareness, funding research, and supporting affected men.

About 20,000 men are diagnosed with prostate cancer each year in Australia and more than 3,000 men die of the disease – more than the number of women who die from breast cancer.

PCFA WA deputy chairman Michael Weir said this statistic could surprise some people, given the widespread support for the Breast Cancer Foundation.

“Women are better at looking after their bodies, they’re better at talking about it; men aren’t.”

Prostate cancer is the most common cancer for Australian men, and while incidence risk increases over the age of 50, there is a significant occurrence of the disease in men in their late 30s.

Ms Harman pointed out there was a widely held misconception that prostate cancer was an old man’s disease, so education was needed to prompt younger men to take more responsibility for their wellbeing.

A 2014-15 report from the Australian Bureau of Statistics revealed that men claimed less on average for Medicare services in a year than women.

Research by not-for-profit group Men’s Health and Wellbeing WA shows traditional male values including stoicism, suppression of emotions, unwillingness to address taboo topics, and high self-reliance are all factors that negatively affect the health habits of some men.

Australian men are also more likely than women to have diabetes (6.3 per cent compared with 3.9 per cent).

Diabetes WA research identified that men typically prioritised other concerns over their health, such as career success and family time. It also found that men preferred self-directed and autonomous programs, as opposed to programs built around discussing feelings with others.

Based on these findings, in January this year Diabetes WA launched a 12-week diet program called SHED-it, solely targeting men and providing an online platform to independently track progress.

“The best way to engage men in their health is to use humour and a frank and realistic approach, don’t overload them with info, ensure that there is flexibility and don’t make them completely cut out the things they enjoy like a beer and a barbeque,” Ms Zappa said.

Ms Harman said PCFA had assessed men’s values when developing campaigns and found only a handful of men were interested in attending a support group.

“That word ‘support’ has negative connotations to a man,” she said.

“There’s a weak element that men hear, whereas women don’t hear it like that; they think of that as comforting and nurturing.”

Know Your Score is a campaign PCFA has developed in partnership with the Western Australian Football Commission to increase engagement and encourage men to keep on top of annual health checkups.

Ms Harman said she hoped to secure support for the initiative from the AFL, although the campaign was designed to be transferable to any sporting code.

PCFA has also formed an alliance with Automotive Holdings Group, visiting dealer networks to give a toolbox talk that delivers key messages around men’s health and prostate cancer.

Mr Weir believes the toolbox talk can provide a service to organisations such as AHG, and is the foundation’s way of giving back to those that have supported them – or as another way to attract more funds, as opposed to just knocking on doors and asking for certain amounts.

Future plans involve rolling out the program across more corporate businesses and mine sites.

“It’s been quite a journey, we’ve found that it’s not easy getting people interested in prostate cancer,” Ms Harman said.

Ms Harman believes these figures indicate people are starting to take men’s health more seriously, and is hopeful these tailored initiatives will continue to assist in promoting men’s health.

Men’s Health Week will be taking place nationally next week from June 13 to 19, PCFA and partners will be hosting a business breakfast in Perth on Tuesday June 14.

Perth not-for-profit Growing Change has received $15,000 in cash and $15,000 in Jetstar flights as the latest recipient of the airline’s Flying Start grant.

Growing Change is a social farming enterprise that engages members of the community by encouraging social inclusion through horticulture.

Earlier this year, a vacant bowling green in North Fremantle was transformed into the organisation’s first social urban-farm.

“People learn how to manage all elements of the commercial farming process – from preparing the ground and planting the seeds, to harvesting and then selling their produce to the general public,” founder Renee Gardiner said.

The grant will aid in building the Growing Change horticulture program as well as assisting in plans to develop nationally to scope-out potential farm sites.

“The Growing Change team is doing outstanding work in the community and is a great example of a startup that could use a hand up from a business like ours to help them expand,” Jetstar Australia and New Zealand chief executive David Hall said.