Getting behind indigenous tourism 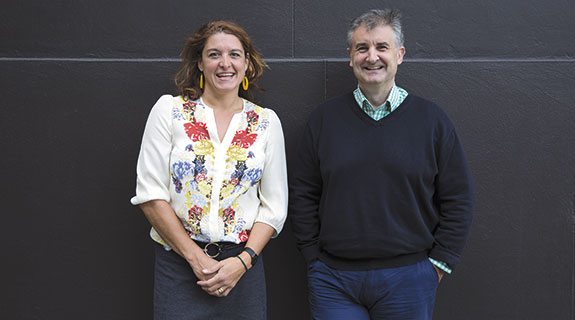 A number of local businesses are taking the first steps towards engaging with Aboriginal organisations in a bid to cement Western Australia as the national leader in indigenous tourism.

The WA Indigenous Tourism Operators Council has engaged with about 12 businesses in Perth and the South West, all of which have pledged initial support to help fund and connect with Aboriginal businesses.

The move comes as the not-for-profit association has almost doubled the number of indigenous groups offering exportable or local experience products through membership during the past 20 months.

Among the new WAITOC members are Aboriginal-owned and run groups providing tours or gourmet food events, and cultural and performing arts bodies that operate art galleries and festivals.

“Really what this is, is a good news story for WA; WA is leading the way in Australia with this,” Mr Haigh told Business News.

He said a national indigenous tourism conference to be held by WAITOC in March next year would provide an opportunity to showcase WA’s potential.

To ensure its ability to broker indigenous tourism opportunities, WAITOC has struck a deal to receive seed government funding on the proviso it will eventually transition to gaining future funds through corporate sponsorship.

So while the imminent arrival of $4.6 million in funding from Tourism WA provides a healthy cushion, corporate engagement manager Astrid Bierer-Cooper said WAITOC had set a target of achieving 24 per cent of its funding from corporates within one financial year.

WAITOC intends to grow tourism opportunities by tapping into requirements many WA organisations already have as part of commitments to Reconciliation Australia programs.

More than 600 organisations and 110 companies nationally have been recognised as having working reconciliation action plans, or RAPs as part of an initiative to build better relationships with Aboriginal communities and the wider Australian community.

Ms Bierer-Cooper said WAITOC aimed to work with WA groups that had RAPs to help them fulfil activities such as engaging hotels to provide clients with authentic tours or cultural experiences, having corporates sponsor a tourism-focused pop-up in a retail space, and hanging art in offices.

She said a big focus of WAITOC’s work would be in the Perth and southern regions.

“We have members up north, they’re up in the Pilbara, Broome, Coral Bay, but the focus is Perth and the South West,” Ms Bierer-Cooper said.

“Seventy per cent of tourists visit Perth and the South West and we don’t have enough Aboriginal tourism experiences in this area.

“Currently we don’t have enough Aboriginal product to cater to the corporate market so it’s a bit of a chicken and the egg. (We can) help develop those businesses and help them with marketing plans, sales strategies and business plans, or get the corporates to help them with that.”