Get ready for rise of the machines

Costs count, and technology will increasingly be used to deliver productivity efficiencies in the years ahead. 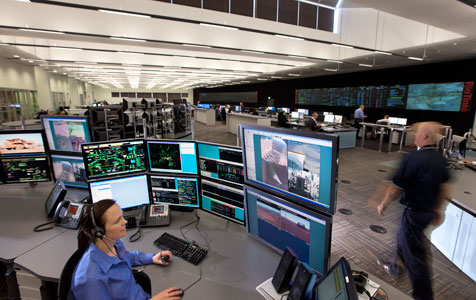 Costs count, and technology will increasingly be used to deliver productivity efficiencies in the years ahead.

Productivity is the buzzword for politicians and economists as Australia’s economy splutters, but this time around productivity doesn’t simply mean sacking people – it also means the next phase of the technology revolution, a phase that will hit everything from banking to mining.

Job losses will be part of the push by business to boost production, which is code for getting more work out of each employee.

Technological change, however, will have a greater effect than ever before, with the potential for dramatic improvements through the automation and computerisation of work possibly creating a fresh battleground between business and organised labour.

What’s happening is that data collection and analysis has reached such a high level of sophistication that the time to complete a job is being dramatically compressed, at the same time as the capital required to do that job is being reduced.

In mining, as we have seen, it means changes such as a far greater use of computer-controlled trucks, shovels, trains, and even in what happens deep underground.

In South Africa there are already robots working at mine faces up to five kilometres underground to extract rich seams of gold in conditions where humans can’t survive.

In banking it means technology companies such as Google, Apple and Amazon are creating systems that will effectively enable them to become banks, or something that looks and feels like a bank.

No industry will be immune from the next phase of the technology revolution, which is being built on a combination of data collection by smart sensors, storage in computers with massive memories, analysis by a new generation of algorithms, and application through a new generation of automated services and robots.

A measure of how business is moving to capture the productivity gains on offer through technology can be seen in the differing levels of capital investment – with cut-backs in areas such as opening a new mine or office, and increased spending on computers systems, data analysis, and remote-controlled processes.

Last week, two of Australia’s top businessmen touched on the technology question and how it will affect their industries.

What caught Mr Smith’s attention was the way information technology was connecting customers on a global basis, meaning that people who were once captive to a local supply of banking services (credit and payments) can now shop around in much the same way buyers of music, books and news have learned to do.

BHP Billiton boss Andrew Mackenzie pursued the same theme in his address to the annual dinner of the Melbourne Mining Club, held in London, where he started by saying that commodity demand from China would remain strong, then hinted that prices may not, and that the way around that problem was enhanced productivity.

The example used by Mr Mackenzie was how Formula One car racing crews had found ways to cut the time taken to change a set of tyres during a race by 50 per cent, with the process likely to soon see all four tyres swapped in less than two seconds.

What he might also have mentioned is what’s happening to the tyres on the giant Haulpack trucks that operate in the world’s biggest mines, where driverless versions of the vehicles are saving tyre wear (and money) by not taking corners too quickly.

In one example, tyres that used to last 4,000 hours with a driver in the cab now last 8,000 hours with a robot in control. Given that each tyre costs around $50,000, the saving (or productivity enhancement) is obvious.

Every facet of business will be affected by the productivity revolution, with one overriding factor ­– it’s all about cost controls; so service suppliers able to deliver at a lower cost without affecting quality will emerge as the winners in a tough economic climate.

The optimistic comments from Mr Mackenzie about Chinese demand for commodities was good news for Australia’s resources sector, and even his lack of clarity on prices might not be such a big deal as changing currency values perform their magic as an ‘automatic stabilising’ mechanism.

Two metals close to the heart of the Western Australian economy – gold and iron ore – are the best examples of what automatic stability means as the effects of the falling dollar flows into prices.

Gold, which is widely reported to have fallen in price during the past six weeks, has actually risen on conversion from US to Australian dollars.

The same force is at work in iron ore, so while investors have been worried about the 21 per cent fall in the ore price – from $US148 a tonne in the March quarter to a recent price of around $US117/t – the fall when converted to Australian dollars is a less painful 13 per cent.

The fall in the uranium price to around $US40 a tonne has sent a shudder through local explorers and producers of the metal/fuel with good reason; because while local leaders of the industry like to talk up its prospects, the reality is that uranium risks becoming the next victim of the US shale gas boom.

Despite every encouragement from the US government to develop new nuclear reactors as part of its push for energy independence, the low gas price has encouraged widespread cancellation of uranium plant projects and more investment in gas-powered electricity.

Less affected by changing economics is the world’s cigarette industry, where the number of cancer sticks consumed each year continues to rise, mainly in the developing world, but rise nevertheless.

At last count about six trillion fags were being smoked annually, about 18 per cent more than a decade ago, an interesting trend that will dismay the anti-smoking brigade but explains why tobacco companies remain excellent, albeit politically incorrect, investments.