Get it all at your suburban mall

Developers are bringing the main street back to the suburbs by integrating them, as well as housing, into new shopping centre builds. 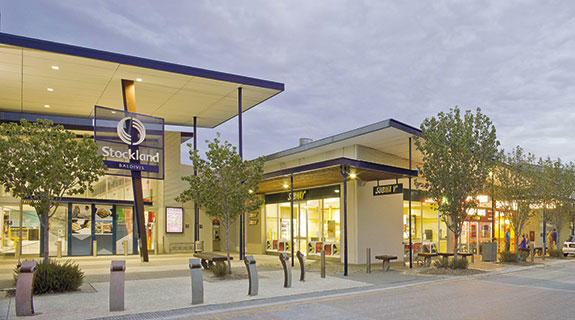 Developers are bringing the main street back to the suburbs by integrating them, as well as housing, into new shopping centre builds.

New-generation shopping centres are raising the bar for what is expected under the state government’s planning guidelines, with Stockland’s recently expanded Baldivis Shopping Centre hailed as a model for future development, and fresh expansion plans including more than 1,200 apartments unveiled at two popular malls.

Planning Minister John Day was on hand with Stockland’s executive team at Baldivis last week to view the expanded centre, which the minister described as a good model of what the government wanted more of in Western Australia.

Stockland spent $116 million expanding the centre since March last year, increasing its size from its original 7,000 square metres to 29,500sqm.

Now boasting 95 retailers, the centre features a main street with five new restaurants, including a Brotzeit German Bier Bar and Restaurant, while a 275-seat indoor-outdoor dining terrace is an important feature of the food precinct. Mr Day said both the main street and the food and beverage offering directly addressed the state’s former planning guidelines, Directions 2031, and the new policy, Perth and Peel@3.5 million.

The facility has also been designed to enhance Stockland’s surrounding residential subdivision at Baldivis, which includes a community centre and an aged care facility, while medium density housing will be built in close proximity to the shops.

“When we changed the state planning policy, the intention was very much to encourage and require where possible much more integrated developments than what was the case previously, and get a much wider range of services and community facilities involved,” Mr Day told Business News.

“Having an integrated development, rather than the old big box developments of the past, is certainly what a community needs.

“The world has changed from what was developed in the 70s and 80s to a much more integrated approach that is very good to see here at Baldivis.”

Stockland managing director Mark Steinert said the developer had tailored the leasing profile of the Baldivis shops to fulfil the needs of the surrounding population, about 27 per cent of which is children under 14 years of age.

Mr Steinert said the centre was fully leased at opening, while 30,000 people passed through the new-format Woolworths supermarket on its first day of trade last week.

“Baldivis is the third-fastest local government area in terms of growth in the country, so retailers see that there are people here looking for that shopping experience, both for day-to-day needs as well as discretionary,” he said.

As reported online by Business News, the draft plan is the culmination of a long-running battle between centre owner Scentre Group and the City of Joondalup, which had not been able to come to agreement on appropriate land uses for the 428,000sqm site (including the car park and surplus land).

The Metropolitan North West development assessment panel rejected a $192 million proposal in October 2013, largely because it did not meet the state’s prescribed planning guidelines.

That proposal was largely a retail expansion, which would have resulted in lettable space of 94,300sqm at Whitford City if approved to go ahead.

Scentre Group took the fight to the State Administrative Tribunal, which ordered the City of Joondalup and the Department of Planning to work with the retail landlord to come to a suitable agreement.

The new structure plan, which puts a cap on expansion to 77,500sqm, adding around 27,000sqm to the existing centre, is the result of the mediation, which also included the Department of Transport, the Public Transport Authority and Main Roads WA.

A key feature of the new plan, which was not included in the original proposal, is that one dwelling is to be built on the site for every 500sqm of additional retail space over 55,000sqm.

Over the long term, 739 dwellings are proposed to be built in the structure plan area, meeting the requirements of Directions 2031, with buildings limited to seven storeys.

The centre will also include a main street environment, not dissimilar to what was built at Baldivis, while roads and other transport infrastructure will be upgraded to facilitate the redevelopment.

Scentre Group also last week unveiled plans to add up to 500 apartments and nearly 48,000sqm of retail space at its Westfield Innaloo mall, nearly doubling the size of the centre.

A development application has been lodged to expand the centre, which, if approved, will go from 130 shops to 240.

New features will include a new department store, a fresh food market and a rooftop dining, entertainment and leisure precinct.

Public transport upgrades were also a possibility under the proposal, while Scentre Group said 1,900 jobs would be created as the centre was built, with an additional 1,250 permanent positions on completion.

The Whitford City and Innaloo plans follow AMP Capital unveiling plans earlier this year for a $600 million expansion of its Karrinyup Shopping Centre, which also included apartments, albeit at a much lower number of 150.

AMP Capital is awaiting assessment of a development application lodged in March, while that project was also the subject of a long-running negotiation with the City of Stirling.

AMP is also planning a $750 million revamp of Garden City Booragoon, where it has partnered with residential developer TRG Properties to build at least 120 apartments in the first stage of redevelopment.

Both of those centres will also feature main street-style hospitality precincts.

In the southern suburbs, Federation Centres and ISPT won approval for a $300 million redevelopment at Mandurah Forum, adding 20,000sqm of retail space.

That redevelopment is expected to be a catalyst for high-density residential development around the centre, however, it is located within a wider area subject to the Inner Mandurah Precinct Plan, endorsed by the Western Australian Planning Commission in 2011.

The WAPC identified the potential to build 9,000 apartments in the wider precinct, so Federation Centres and ISPT were not required to include dwellings in the redevelopment plan.

Also approved earlier this year was a significant redevelopment of Scentre Group’s Westfield Carousel, which would add 50,000sqm of retail space and an after-hours entertainment precinct.

There are also no apartments in the Carousel expansion plan, although in recent months the City of Canning has approved more than 500 units to be built in the surrounding precinct.